Daniel Ricciardo is refusing to let his disappointing Turkish Grand Prix weekend derail McLaren's recent momentum in Formula 1 after a Q1 knockout and failing to score any points.

Ricciardo arrived in Turkey off the back of consecutive top-five finishes, winning the Italian Grand Prix at Monza and finishing fourth in Russia following the late rain shower.

But Turkey proved to be a more challenging weekend for Ricciardo as McLaren struggled for pace, resulting in him dropping out in Q1.

The team opted to fit Ricciardo's car with a complete new power unit, resigning him to last on the grid, but a struggle to make up positions prompted an early stop for intermediates.

Ricciardo ran as high as 11th, but dropped to 13th with two laps remaining after being passed by both Alfa Romeo drivers when his worn tyres began to drop off in pace.

While Ricciardo felt confident there were lessons for McLaren to learn for its struggles in Turkey, he said he did not want to dwell on it and let it spoil his recent upswing in form.

"I don't want it to get our spirits down. It's one of those weekends that wasn't good.

"I know we're going to debrief now before we fly out of here so hopefully we put a bit of information on the table and try to learn something.

"But I don't want this weekend to affect our momentum. [It is] just one of those days. So as long as we can learn, we'll move on." 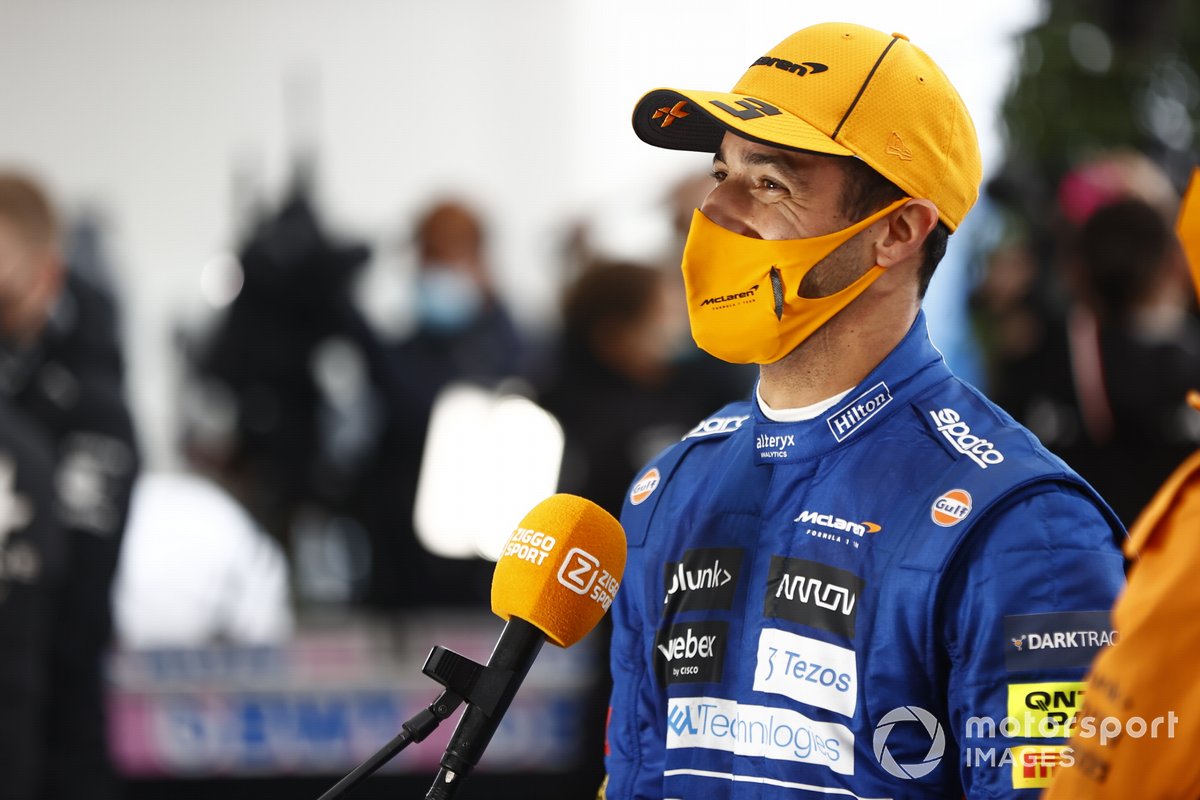 Daniel Ricciardo, McLaren, is interviewed after the race

The longer corners and front-limited nature of the Istanbul Park circuit played against the McLaren MCL35M car's strengths, much as it did at Zandvoort last month.

Looking ahead to the United States Grand Prix in Austin next week, Ricciardo was more optimistic of the team's chances at the Circuit of The Americas.

"I think there's certainly some corners we'll be good at," Ricciardo said.

"The first sector we should be alright, quite high speed corners, I think we'll be decent. All the hairpins we should be okay, we're good on braking normally.

"Some of the last sector might hurt us a bit but look, I think we'll be back to a competitive position.