Ferrari driver Carlos Sainz says he "wouldn't change the decision" to take a new power unit in Formula 1's Turkish Grand Prix after seeing how competitive his team turned out to be.

After Charles Leclerc took a new engine in Russia, which included the latest update of Ferrari's hybrid system, it was Sainz' turn last weekend to move to his fourth power unit of 2021 and thus take a grid penalty.

But when Sainz saw how quick Leclerc was on Friday during low- fuel runs, he admitted feeling "a bit of a regret" that he wouldn't be able to fight for a podium like his teammate on a weekend where Ferrari proved competitive.

From the back of the grid Sainz moved up to eighth, just four seconds behind Lando Norris' McLaren, the team Ferrari is fighting with for third in the constructors' championship.

Despite losing what appears to have been a massive opportunity to strike back against McLaren, Sainz said he stands by the team's decision to take the grid penalty in Istanbul.

"No, I wouldn't change the decision, I think it was the perfect race to take the penalty to then do a comeback," Sainz said. "Of course, without the penalty with the old engine I would have been able to start more up front, but in a long season you need to put everything into perspective and this is a development that is giving us a bit of performance.

"So, I think the decision is taken correctly and we put it in as soon as we can, and it has given me also today the opportunity to make it back through the field.

"As you saw I could overtake and this is also thanks to the good job that everyone is doing in Maranello with the new power unit." 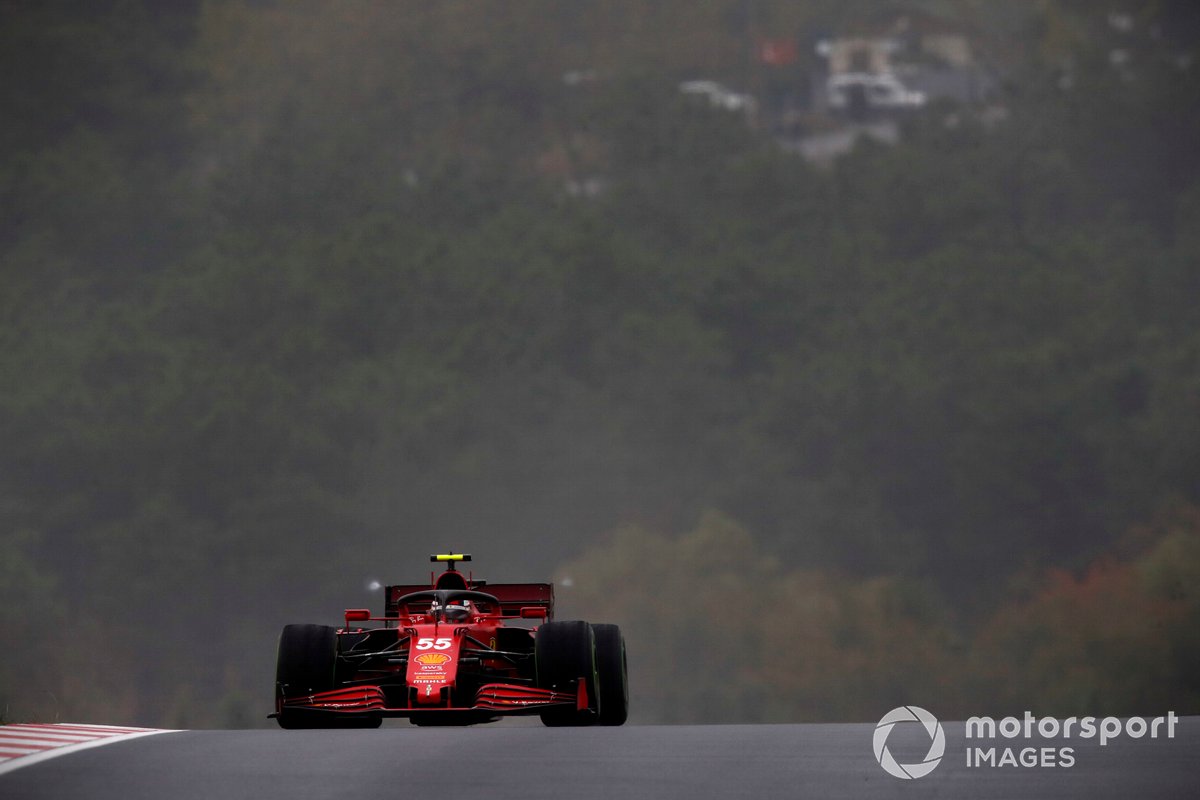 While Ferrari explained its engine upgrade was more aimed at 2022, it still delivered performance on the short term as team boss Binotto argued Leclerc would have started further back than fourth if he had been using Maranello's old specification.

"If I look behind [Charles], it was very close, and I'm pretty sure that a couple of positions would have been lost without that specification," said Binotto, who sat out the Turkish Grand Prix and worked from the factory.

Asked if Ferrari's power unit update will allow it to beat McLaren in 2021, Sainz said the fight for third will continue swinging back and forth depending on the circuit.

"It's a tricky question to answer," Sainz explained as Ferrari narrowed the gap to 7.5 points. "As you saw this weekend, we were quicker than McLaren. In Sochi, they were quicker than us, so I still believe it's going to be up and down until the end of year.

"This is what we were looking for since the upgrade was pushed forward, and what we hope is going to give us that little edge to try and make the fight a bit more complicated."