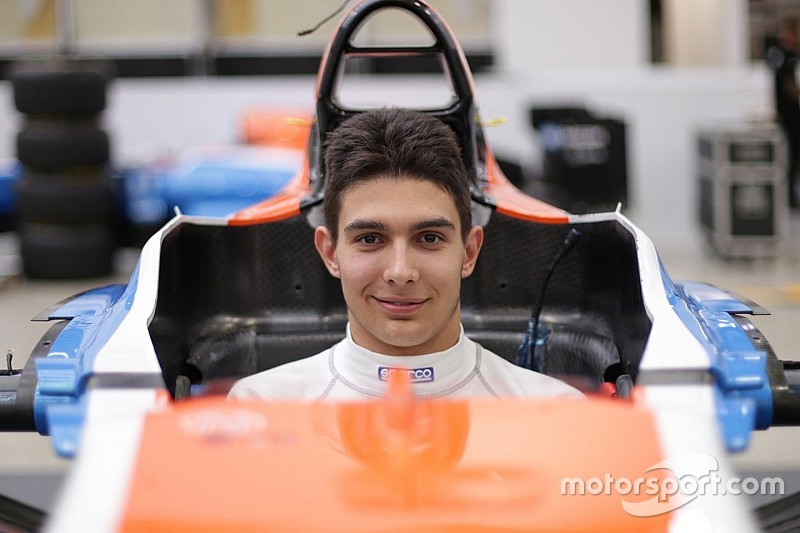 Manor has officially announced it will be giving Esteban Ocon his Formula 1 debut, the Frenchman drafted in to replace Indonesia's Rio Haryanto.

Haryanto's original deal with the team ran for the first 11 grands prix of the 2016 season – and while he was retained one race past the original end date, he will not get to see out the season with the team after all.

Instead, European F3 and GP3 champion Ocon, who currently serves as Renault's reserve driver and is also part of Mercedes' driver development programme, will step into the role for the remaining nine races of the season.

"We are very pleased to welcome Esteban to Manor Racing for the remainder of the season," said Manor Racing boss Dave Ryan.

"Our team has made significant strides in 2016, including finishing in the points for the first time in Austria last month. We need to maintain our pace of development in order to achieve our ambitions, not only for this season but also for the longer-term, so the calibre of a replacement is key.

"We’re confident that when Esteban makes his Grand Prix debut in Spa, we will have a very potent line-up with which to take the fight to our immediate competitors for the rest of the season.”

Ocon had begun the season racing for Mercedes in the DTM, replacing outgoing series champion Pascal Wehrlein, who the Frenchman will now partner at Manor.

The rest of the DTM 2016 calendar does not clash with F1, but Ocon - reportedly a candidate for a Renault seat for 2017 - has previously expressed his desire to fully focus on grand prix racing should he get his debut.

"I’m thrilled that I’ll be making my Grand Prix debut with Manor Racing later this month, and at Spa, of all circuits, which is the next best thing to my home race," Ocon said.

"I’m ready for this exciting step up, thanks to the experience I’ve gained as a Formula 1 Reserve Driver this season. I’d like to thank Renault Sport F1 Team and Mercedes-Benz for working together to make this happen, and to Manor Racing for the opportunity, which I’m going to grab with both hands."