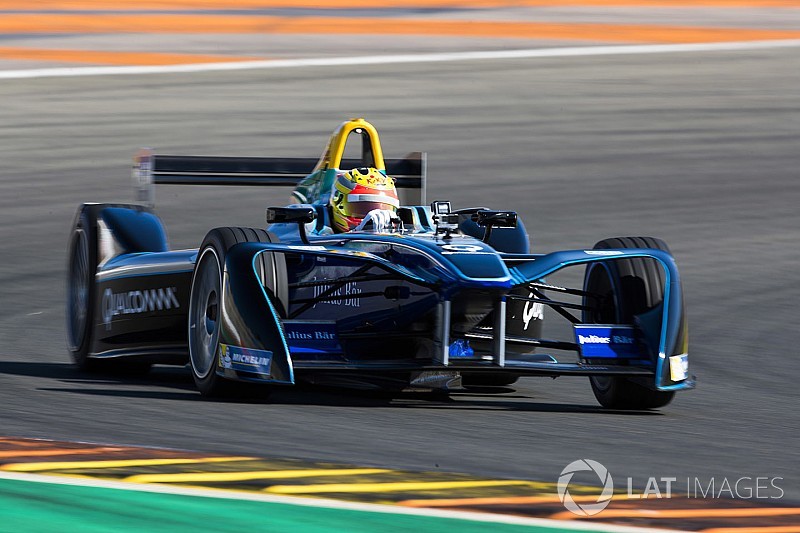 Ex-Formula 1 driver Rio Haryanto has completed his first Formula E test, the Indonesian’s first run in a car since the 2016 German Grand Prix.

Haryanto had two runs in FE’s privately-operated car during the lunchbreak on day two of pre-season testing at Valencia.

It was the first time Haryanto has driven a racing car since his final grand prix for the Manor team last year.

Haryanto completed around 30 laps of the Spanish circuit in an upgraded version of the Spark SRT_01E, the championship’s single-spec car from its inaugural season that features a McLaren motor and five-speed Hewland gearbox.

“I haven’t been racing in other series, I still do some karting to maintain the rhythm,” he told Motorsport.com.

“With this car, it’s difficult to get the brakes to work. Suddenly you get to a point where the rears feel like they start to overheat after three or four laps.

“It was pretty interesting changing the balance from lap to lap, it’s really challenging. This isn’t the race car but at least I have understanding about how it works.

“I’m really pleased with the running I got today. It was two smooth runs, no mistakes, and I could get as many laps as I could.”

Haryanto, who drove for FE CEO Alejandro Agag’s GP2 team in 2013, was invited to test the Spark car by the series.

He experienced the car at full power (200kW) and experimented with the energy harvesting system under braking, which he said was “like when you have a handbrake” on a road car.

He called it a “completely different car” to what he is used to and now wants to arrange a test with one of the 10 teams to sample a “proper race car”.

“Since it was a completely new car, the way of approaching it into the corner compared to F1 is very different,” he said.

“You have to focus a lot on the mechanical grip. The downforce is low and the way of driving round the corner is very different, you have to carry a lot of speed.

“You don’t have as much power, so you have to keep the minimum speed all the time.”