Formula 1 CEO Stefano Domenicali says that relations between Red Bull and Mercedes need to be mended in 2022, off the back of their falling out this year.

With the championship battle between F1’s top two teams having gone to the wire in the Abu Dhabi Grand Prix, tensions between Red Bull boss Christian Horner and Mercedes chief Toto Wolff erupted as the season neared its end.

The level of animosity between the pair spilled over at times to them getting involved in clashes in FIA press conferences or in the media.

While the pair did shake hands during a final meeting in Abu Dhabi, the controversy over the safety car restart in the finale, and the protests lodged by Mercedes after the race, highlighted that things were still not completely settled between the two squads.

Speaking as he collected a prestigious Lorenzo Bandini Award in Italy on Tuesday night, Domenicali said one thing that F1 needed to address for next year was not letting the fallout of this season fester.

Instead, he felt it important that Mercedes and Red Bull mended their relationship for the good of the sport.

Asked if he had any worries for F1 in 2022, Domenicali said: “Those who live with certainties mean that they sleep well!

“But we have many doubts and we have to face them. We have issues that will eventually have to be managed.

“We will have to evaluate day-by-day the relationship that must be recovered between Red Bull and Mercedes, to avoid the personal clashes that we have seen that serve no benefit.” 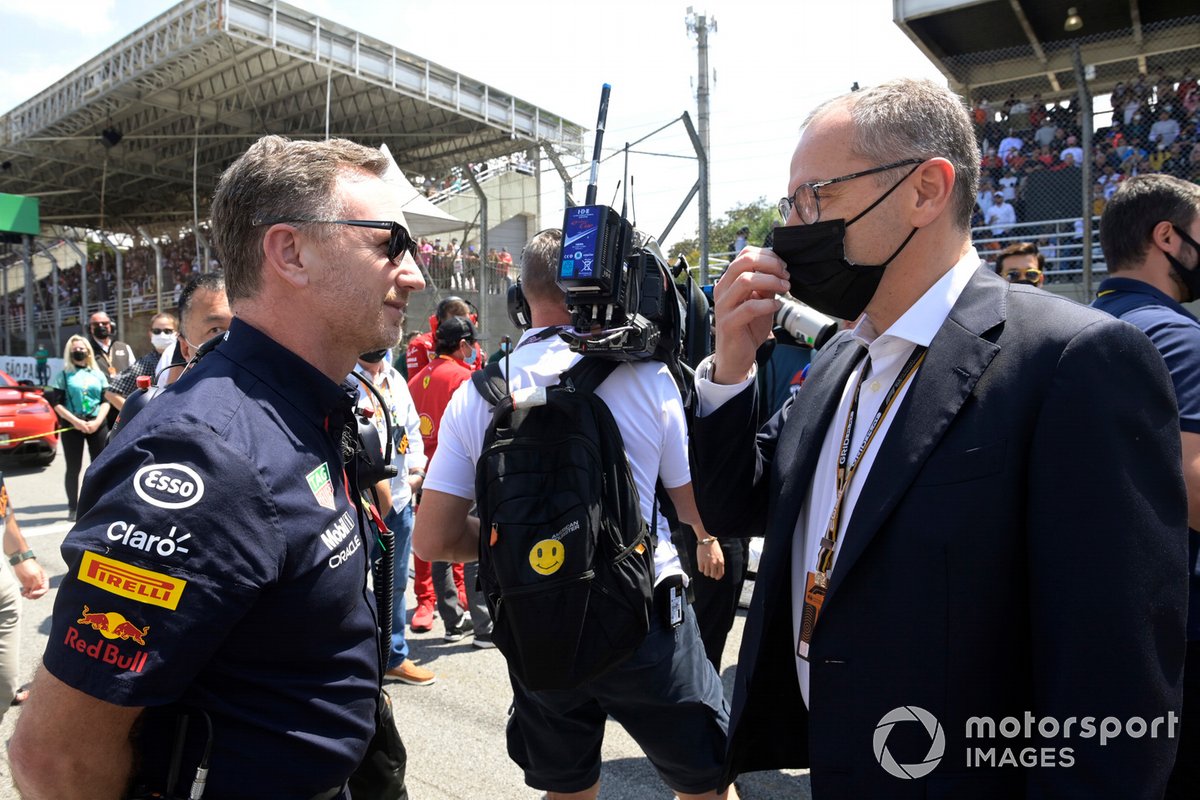 Mercedes remains upset about the FIA’s handling of the safety car restart in Abu Dhabi, which it believed was in breach of the rules.

While it has dropped plans for an appeal over the matter, it has vowed to hold the governing body to account in a commission that has been set up to look at the events.

F1 owners Liberty Media have remained silent so far on the fallout of that controversy, as it prefers to leave matters like that for new FIA president Mohammed ben Sulayem to deal with.

Speaking about the situation, Domenicali said: “We have already spoken with the president. We talked about the priorities he will have to face, and there are many.

“But, at this stage, it is right to remain silent so as not to create further controversy in an area that was very overheated. But I would like to say that we come from an extraordinary season, followed by more than two billion people.

“The last Abu Dhabi GP was the most followed sporting event in 2021. These are stratospheric numbers that we must be proud of.”

Domenicali reckoned, however, that Sulayem’s arrival at the FIA would lead to a change of dynamic for the governing body.

“With the change of presidency within the FIA ​​there may also be a change in the balance within the FIA, which for us has an absolutely fundamental role.”