But in a bulletin sent out by the FIA following qualifying on Friday, technical delegate Jo Bauer revealed there had been an infringement with the DRS on Hamilton’s car.

“The uppermost rear wing element adjustable positions were checked on car number 44 for compliance with Article 3.6.3 of the 2021 Formula One Technical Regulations,” the bulletin reads.

“I am referring this matter to the stewards for their consideration.”

Mercedes meets with the stewards at 7:15pm local time in Brazil after being formally summoned by the FIA. 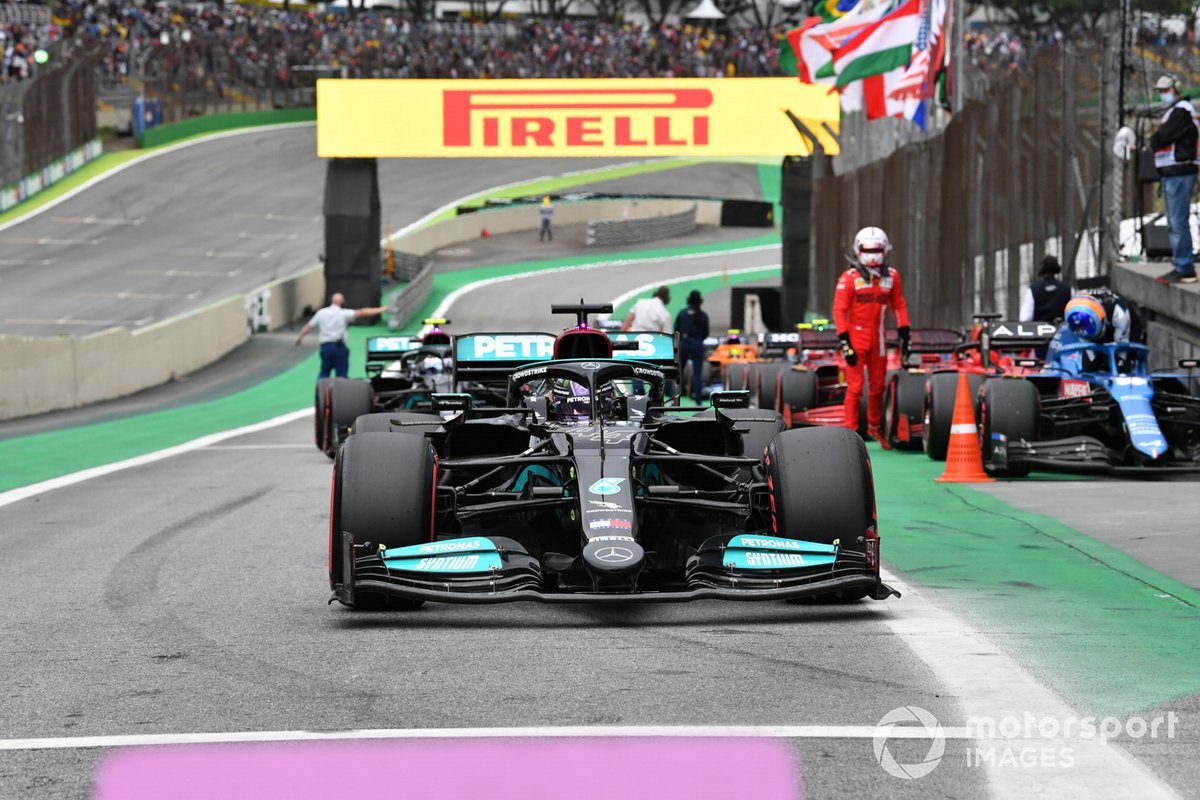 Should Hamilton’s car be found to have incurred a technical breach, the seven-time world champion may be excluded from the qualifying results, leaving him at the back of the grid for the sprint race.

Hamilton is already facing a five-place grid penalty for Sunday’s race after Mercedes opted to change the engine on his car ahead of the race weekend.

Another penalty would come as another blow to Hamilton’s F1 title hopes, having slipped to 19 points behind Verstappen in the world championship following Sunday’s defeat in Mexico.

Hamilton said on Thursday that the challenge in Brazil would be “steep” given Red Bull’s pace advantage, but was encouraged by the 0.4 second gap to Verstappen in qualifying after feeling comfortable with the set-up on his Mercedes W12 car.

“The car was really nice to drive,” Hamilton said. “It was everything I wanted, and that enabled me to just keep pushing. You saw purple, purple, purple, so I was just gaining each time.

“I don’t know how we can go from one track where they’re half a second ahead to then being behind, but anyways, they’ll be very strong in the race tomorrow.”

The 24-lap sprint race at Interlagos is due to begin at 7:30pm GMT (4:30pm local), with a second practice session scheduled for earlier in the day.