Lewis Hamilton was pleased to overcome his set-up struggles with Mercedes' 2021 Formula 1 car to top qualifying for the Brazilian Grand Prix, saying it gave "everything I wanted".

Hamilton spoke on Thursday about the difficulty of getting the set-up right on the Mercedes W12, and the anticipated challenge from title rival Max Verstappen and Red Bull at Interlagos.

Hamilton slipped to 19 points behind Verstappen at the top of the drivers' championship after suffering defeat in Mexico on Sunday, and will take a five-place grid penalty on race day in Brazil.

But Friday's qualifying session saw Mercedes strike back as Hamilton topped all three stages of qualifying, enjoying an advantage of four -tenths of a second over Verstappen in Q3.

"I loved today for sure," Hamilton said. "We're working so hard to try and get this car right. It's been tough. And so to finally get the car feeling how it did today, it feels great.

"It's just a testament to all of the great work that everyone is doing in the garage and also back home, all of the work that is going on at home to just pull out everything we can from the car."

Hamilton noted that it was the second occasion in a row where he had topped qualifying, only to be hit with a penalty, having carried a 10-place grid drop into the Turkish Grand Prix.

Hamilton called the penalty "unfortunate", but said he would "try and fight back from that". Should he win the sprint race tomorrow, he would start Sunday's grand prix from sixth place. 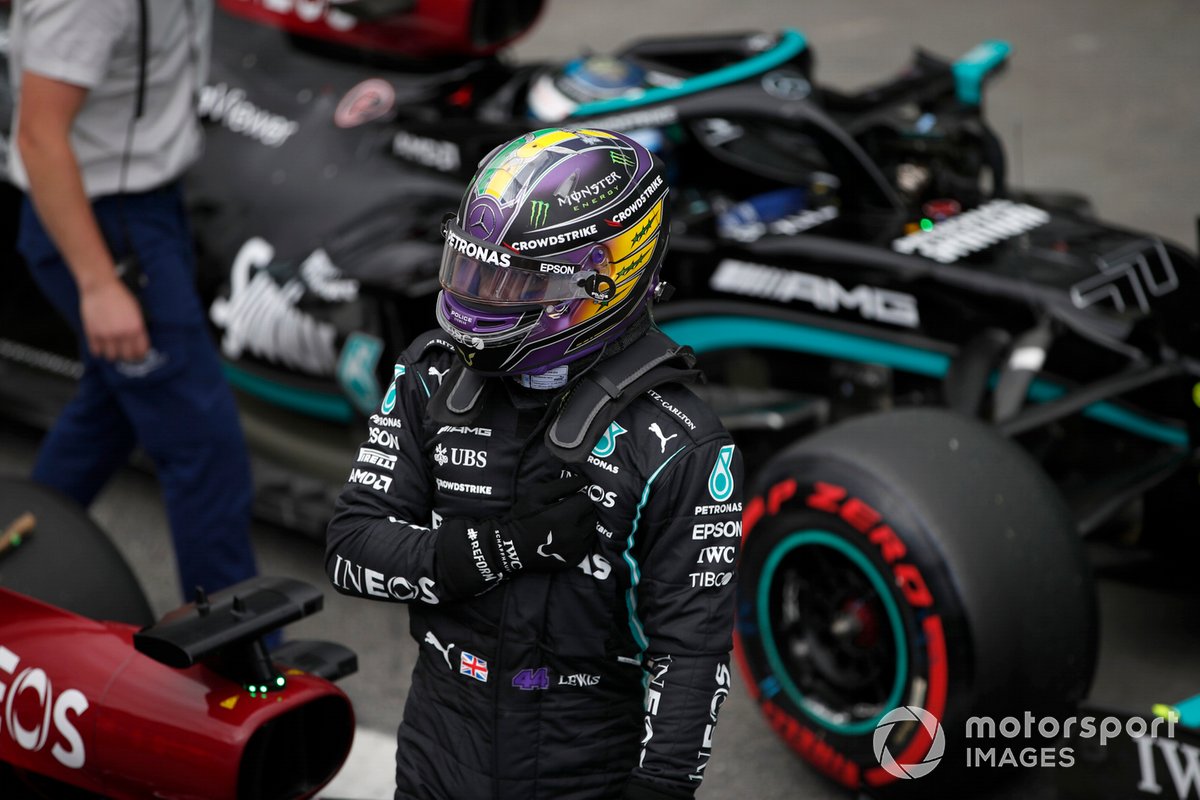 Verstappen and Red Bull claimed after qualifying they were not surprised by Hamilton's pace advantage in qualifying, given Mercedes had taken a new engine.

While Hamilton was unsure if Mercedes' one-lap advantage would carry over to the race, he took heart from the fact that he had got the set-up right for qualifying.

"I've been going from FP3 and sitting there for a whole hour trying to make the right set-up change, and the anxiety you get is crazy," Hamilton said.

"A lot of the times we get it wrong, I get it wrong, and today I got it right and the car was really nice to drive. It was everything I wanted.

"I don't know how we can go from one track where [Red Bull] are half a second ahead to then being behind, but anyways, they'll be very strong in the race tomorrow.

"I hope Valtteri gets a good start."

Verstappen: 'No shock' to trail Hamilton after F1 engine change