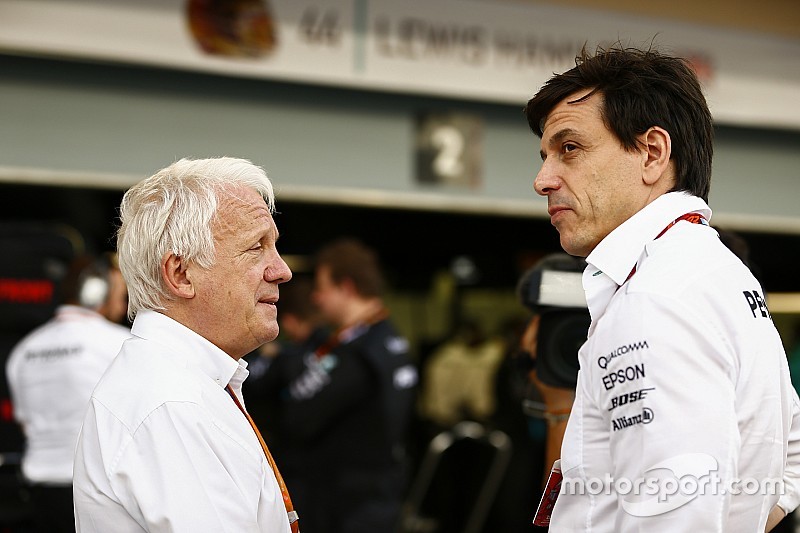 Mercedes boss Toto Wolff thinks the FIA will find it "impossible" to replace Formula 1 race director Charlie Whiting with a single person, following his shock death ahead of the Australian Grand Prix.

Whiting passed away in his sleep on the Thursday before the F1 season opener, with the FIA putting in place emergency measures to get through the Melbourne weekend without him.

While motor racing's governing body is now trying to finalise a plan for what it does in the longer term, Wolff says that F1's chiefs are waking up to just how difficult it will be to cover off everything that Whiting did.

"I think his [Charlie's] shoes are impossible to fill," said Wolff.

"I had a chat with Ross Brawn on the way to the [grid] photo and the minute of silence, and he said they just discovered how much Charlie was doing.

"[This includes] trivialities like, are the cameras in dangerous positions. This is what Ross mentioned to me. A bunch of tasks, and I didn't have any direction with the race director in the race.

"Certainly there will be tough decisions to take in the future, and I think it's impossible to replace Charlie. But whoever takes up that job, we need to support them."

The FIA used the experienced Michael Masi, who was set to be F2 and F3 race director this year, as Whiting's stand in at the Australian Grand Prix.

It is unclear if he will continue in the role for the short term, or the governing body will look for somebody else.

"We are going to work very closely with the F1 teams and we have started to think," said Todt. "Our team in Geneva is trying to see what we are going to implement for the future."