Bottas 'frustrated' after believing he had shot at pole 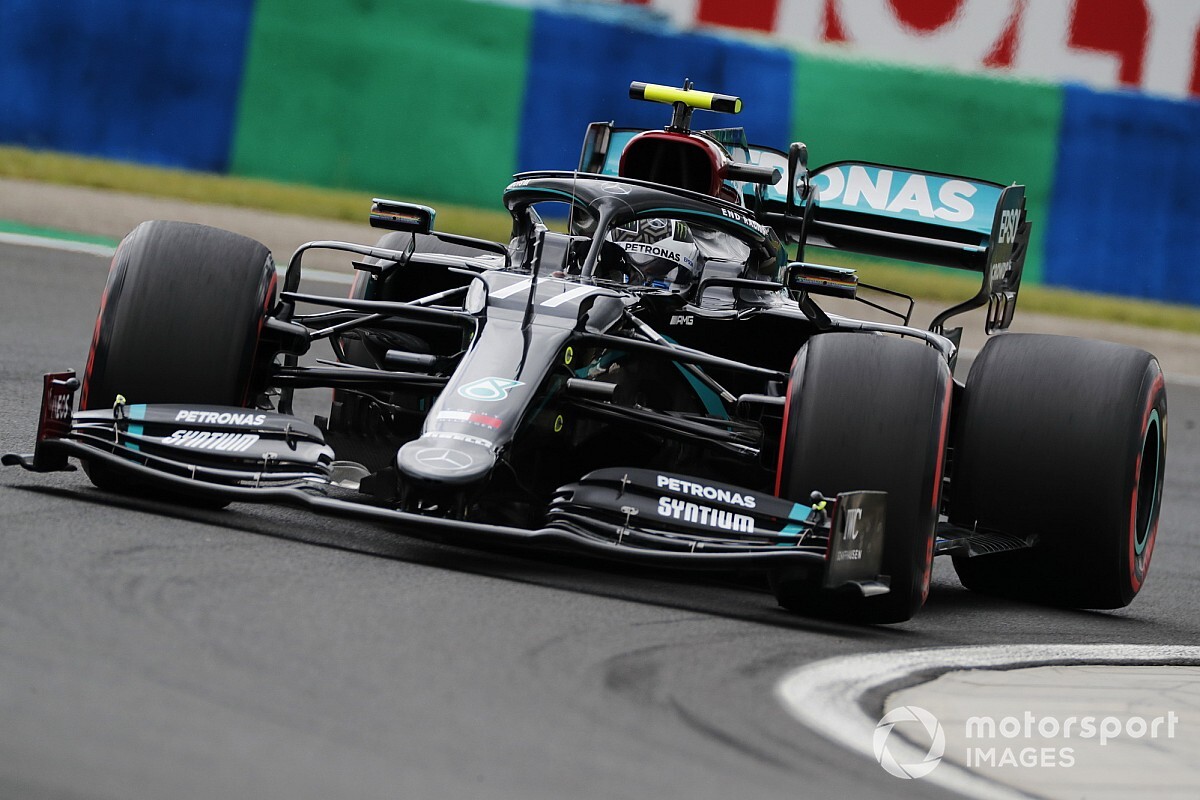 Valtteri Bottas felt some frustration after losing out to Mercedes teammate Lewis Hamilton in Hungary qualifying, initially believing that his final lap gave him a shot at pole position.

Mercedes dominated Saturday’s Formula 1 qualifying session at the Hungaroring as Hamilton led a front row lock-out for the team, edging out Bottas in the final moments of Q3.

Bottas finished over eight-tenths clear of Racing Point’s Lance Stroll in third place, but his lap was not enough to deny Hamilton pole, who went 0.107 seconds quicker.

Bottas explained after qualifying that he thought his final lap could be good enough for pole after recovering from some struggles earlier in the session.

Asked if he felt a little bit of frustration losing pole by such a small margin, Bottas replied: “Yeah, for sure.

“I saw in practice that it was going to be a close battle between us at least in qualifying, and Free Practice 3 didn’t feel too bad.

“In the beginning of the qualifying, until the very end of Q3, I was struggling a bit in the first sector mainly, Turn 1 braking wasn’t so comfortable there, so I was losing a bit of time.

“[At] Turn 2 [I] also struggled a bit with the snappiness of the rear end of the car, but I think when the track improved, the car was starting to come together.

“At the end, I have to say the lap was pretty good actually. I thought I might have a chance really with that lap, but Lewis was just a tenth quicker.

“He did ultimately a better job today in qualifying, that’s why he is on pole.”

Bottas will head into Sunday’s race looking to defend his six-point lead in the F1 drivers’ championship over Hamilton, but has not finished on the podium in Hungary since 2017.

Mercedes appears to hold a clear advantage over the rest of the field this weekend, with Bottas speaking about his confidence in the long-run pace of the W11 car despite losing Friday’s second practice session to rain.

“It’s pretty strong from the small amount of data that we managed to gather in practice one,” Bottas said.

“Of course we missed a lot of the running in practice two, so some question marks there, but overall the package we have should be good in the race as well.”

Ferrari "much closer" to the cars around us - Vettel