Hockenheim DTM: Rast on pole for decider, Muller only fourth

Rene Rast claimed pole position for the DTM title decider at Hockenheim on Sunday, with his championship rival Nico Muller only managing to qualify fourth. 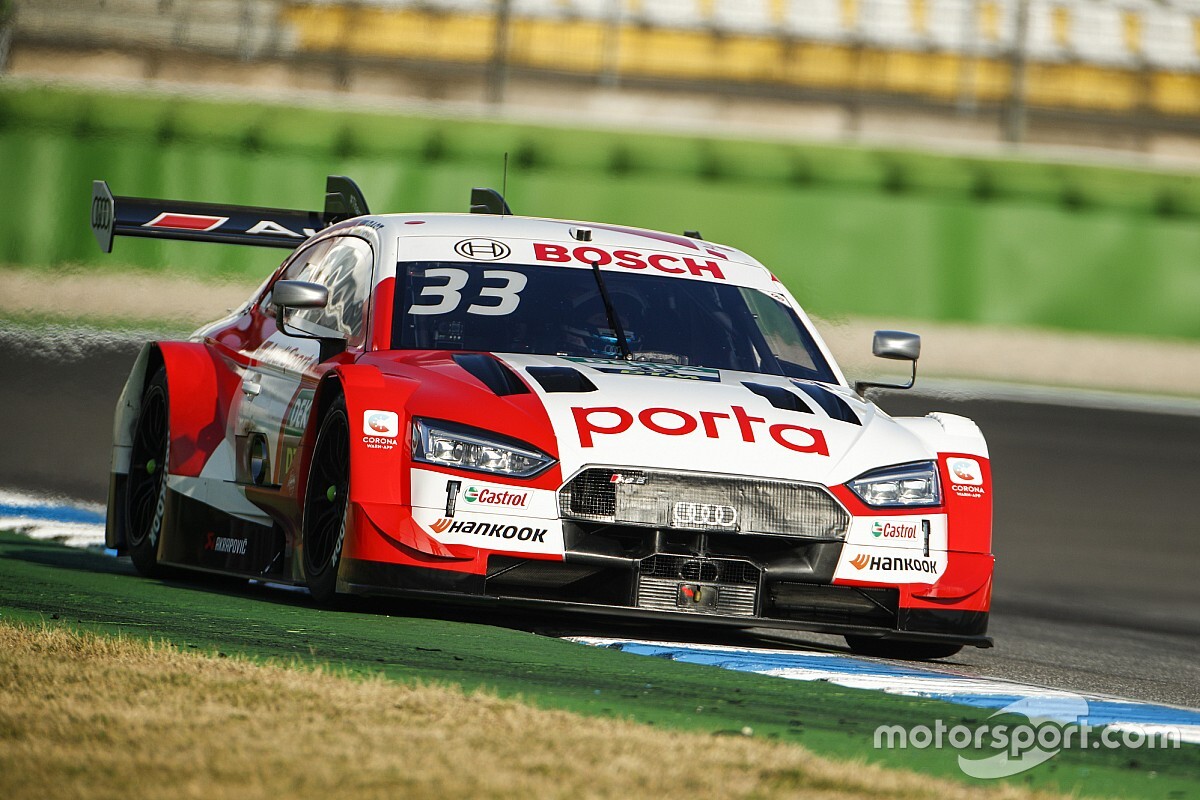 Rast continued the fine one-lap form that has helped him transform his season, setting a time of 1m28.577s on his very first flying lap.

Muller could only muster a time of 1m28.847s on his first run, leaving Rast 0.270s clear - with WRT Audi’s Ferdinand Habsburg separating the two title contenders with his own effort of 1m28.835s.

Rast was only fractionally up on his benchmark during the second run, but set a purple final sector to clock a 1m28.337s, putting himself four tenths ahead of Muller.

Muller, by contrast, could only make a marginal improvement when he returned on track in the final minutes of the session, his time of 1m28.757s leaving him fourth on the grid.

With Rast securing three points courtesy of pole position, the Team Rosberg driver heads into Sunday’s finale with an extended 16-point advantage, with 25 points on offer in the race.

While Rast was four tenths clear of the pack, the drivers from second to seventh were all separated by a tenth - led by Audis of Mike Rockenfeller and Jamie Green.

Jonathan Aberdein was again BMW’s top qualifier in fifth behind Muller, with Loic Duval and Habsburg not far behind in sixth and seventh, the latter collecting advertisement markers after running wide at the final turn.

BMW drivers filled up the next two rows on the grid while two-time champion Marco Wittmann qualifying dead last in 16th, more than a second off the pace of Rast.

Hockenheim DTM: Muller fends off Rast to set up showdown