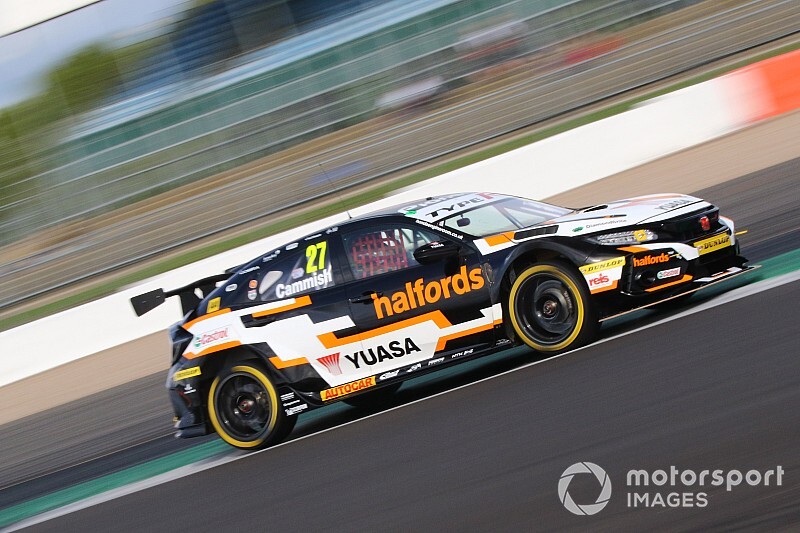 The double Porsche Carrera Cup GB champion joined the team for his maiden campaign in the BTCC in 2018 and was a two-time race winner on his way to 10th in the standings in the Honda Civic FK8. He races alongside team co-owner and three-time champion Matt Neal.

Cammish has tasted success this year with a race win at Thruxton in August and has added to 10 other podium finishes to that tally.

He is second in the points table with just one BTCC weekend left at Brands Hatch on October 12-13, and is 16 points behind points leader Colin Turkington.

The 30-year-old told Motorsport.com that he was thrilled by the new deal.

"It is amazing that the team has seen what I have been doing and put their faith in me again," he said. "Some people forget quite quickly that this is only my second season in a front-wheel-drive car and there has been a lot of learning to do

"I am delighted that I have performed well enough to stay with the team, which is the most professional operation I have ever worked with.

"Never in my career have I had the comfort of knowing that I am employed for two seasons, let alone one. It is a testament to the work that the team has done that we have been able to be right in the hunt this year and I am really looking forward to the showdown at Brands Hatch in 10 days' time.

"I want to reward that faith, and use the learning I have had over the last two seasons, to push on in the finale and I will give it everything I have got."

Steve Neal, the owner of Team Dynamics, said: "Dan has had a steep learning curve coming into this series, it is a lot more physical than what he was used to, but he has learnt quickly and is now proving himself to be a shining light in the championship.

"I predict great things for him, both now and in the future, hopefully he can go onto to equal or better Matt [Neal]'s titles."