Honda World Superbike team boss Leon Camier says the marque has suffered from “unrealistic” expectations as its struggles in the championship continue.

Four rounds into its second season with the CBR1000RR-R bike, Honda sits at the foot of the manufacturers’ standings, trailing nearest rival BMW by 31 points.

The Japanese marque’s riders Alvaro Bautista and Leon Haslam currently occupy 10th and 13th in the riders’ table respectively, with Haslam’s fourth-place finish in the Superpole race last time out at Donington Park marking the best finish for a Honda rider of the season.

But, according to ex-WSBK rider Camier, who took over as Honda’s team boss this year, it’s still too early to expect the CBR1000RR-R to be a truly competitive proposition, considering the impacts of the COVID-19 pandemic and Honda’s long absence from the series as a full works entity prior to 2020.

“Look at any manufacturer coming into the championship with a new bike,” Camier told Motorsport.com. “Ducati spent a couple of years developing [the V4 R], not racing it, and they already had years of information. Yamaha was the same, they were years before they were competitive [with the current R1].

“Honda have come in with no real experience with a new bike, so to expect them to be competitive straight away is not realistic. And already we’ve had a podium [last year]. Ok, not all tracks, but at some tracks we are already competitive with this package.

“We just need some time to grow, to find a direction. When you change one thing, it affects other things. It’s a process we have to go through.

“Also, the rules here are very restrictive, it’s not like MotoGP. It puts a lot of pressure on the manufacturer to make a standard bike that works as a race bike. This also takes time. 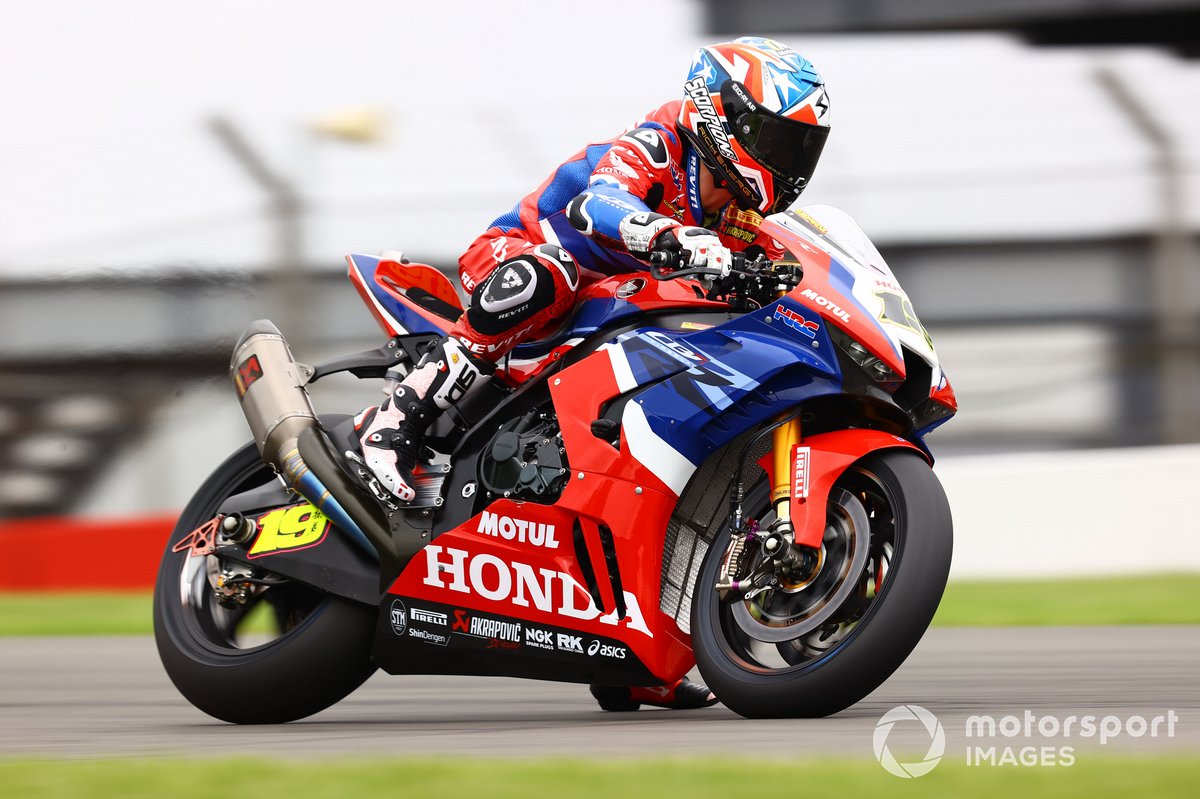 Both Bautista and Haslam are out of contract at the end of this season, but Camier suggested that Honda is unlikely to make any changes to its rider line-up for 2022 as it favours continuity over raw speed.

“If we had a really stable base package like some of the other manufacturers, then we could look at the fastest riders. But in my opinion, we need riders with experience that can help steer the project and develop, because it’s so new.”