2019 champion Kawasaki lacked the pace to defend its crown on the return of the Suzuka enduro after a two-year hiatus, with Haslam, Jonathan Rea and Alex Lowes finishing a lap down on the winning Honda crew comprising Tetsuta Nagashima, Takumi Takahashi and Iker Lecuona.

Although Haslam could battle with Takahashi in the early laps and even briefly took the lead, aided by a safety car appearance, it soon became clear that the ZX-10RR was no match for the CBR1000RR-R and the Kawasaki trio continued to slip backwards during the race.

A third-hour race intervention further dented its chances as Lowes was picked up by the second of two safety cars, before a fall for Rea in traffic eliminated any opportunity for a comeback.

However, Haslam feels Kawasaki should be satisfied with its performance in the Japanese endurance classic, even if it fell short of scoring back-to-back victories after its 2019 triumph.

“It's always nice to finish the 8 Hour but also to finish on the podium,” said the Briton, who was part of Kawasaki’s winning crew in 2019 along with Rea and Toprak Razgatlioglu.

“Surely, we were going for the win but this year, all three of us, Alex, Johnny and all the members of every part of this team have put a very good effort and we can't be disappointed with this.

“I think we maximised what we did and we can go home proud. For sure we wanted to win and there are a few areas we want to obviously try to improve on to do that.

“I'm happy that we managed to get a result that we did and look forward to the future to try and beat these [Honda] guys next year." 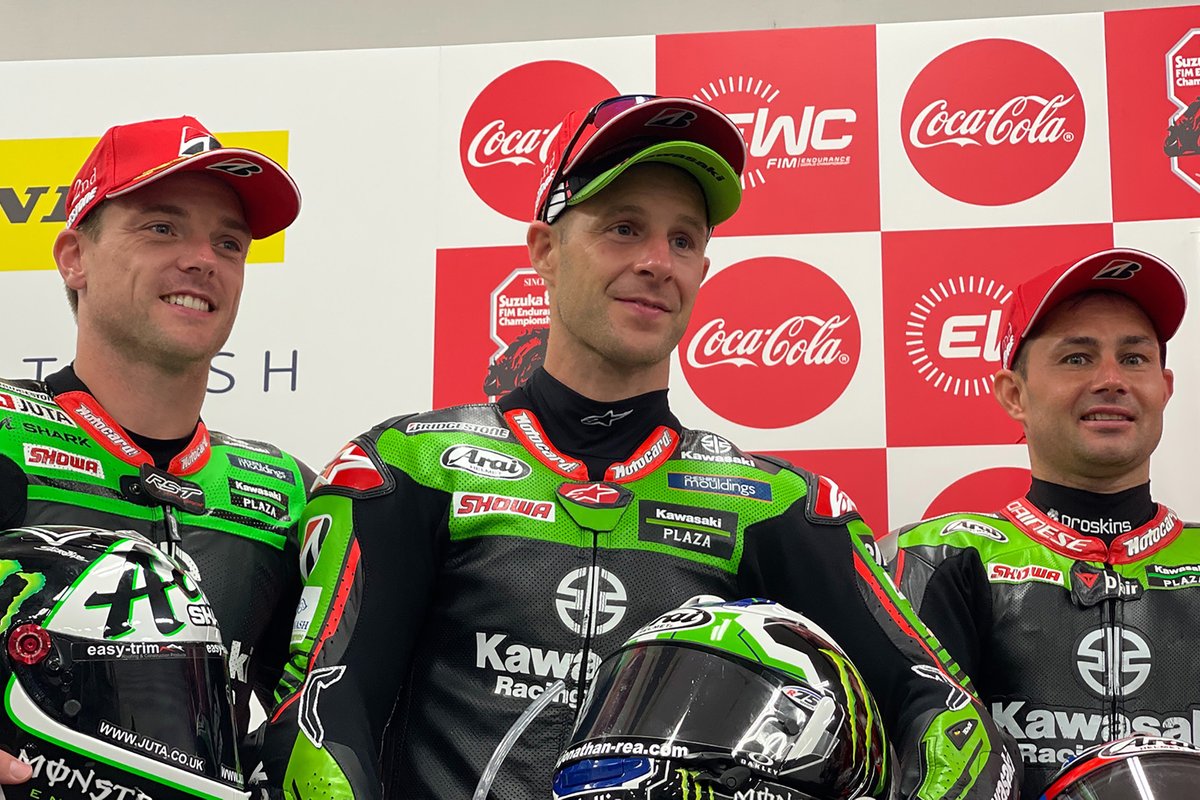 It was during Rea’s second stint in the fourth hour when Kawasaki appeared to be at its strongest in comparison to Honda, with the Northern Irishman often outpacing Takahashi as he set about slashing a gap that had grown to well over a minute under the previous safety car.

However, this strategy backfired when he was caught out by backmarker traffic on his way to the first chicane, leaving him on the ground for 30 seconds before he could get going again.

The subsequent repairs required during Rea’s scheduled stop meant even second place wasn’t certain for Kawasaki, but the rival YART Yamaha team took itself out of podium contention when Marvin Fritz crashed at the beginning of the final hour.

Rea says is largely satisfied with the result, highlighting the extra workload on the KRT crew that had to prepare for Suzuka 8 Hours in the middle of a World Superbike campaign.

“I've won this race before and the target is always to win,” he said. “But it's so difficult to have a big priority in World Superbike and to come here and to take on everybody that is still fast.

“I'm very proud of my team, all the staff. They've been super busy this last weeks, and my teammates, they are incredible.

“I made some mistakes today but that is endurance racing. I really enjoyed it.”

KRT team manager Guim Roda revealed that Lowes was still not fully fit after suffering a stomach infection that forced him out of the final WSBK race at Most the previous week.

That could explain why he struggled out of the pits during his first stint and dropped nearly 10 seconds to Lecuona, which meant he was picked up by the second safety car. He was able to match his teammates' speed later in the race.

“Alex, in fairness, was not in his best shape after his illness," said Roda. "Leon made a great job and added his speed and experience.

“The second pace car appearance threw away the show in these 8 Hours, because for just a few seconds we could not pass them to stay in the same slot as Honda. We missed nearly 40 seconds there and then it was impossible to recover the time to Honda given the level they rode at.

“Jonathan’s fall while trying to put pressure on them, when passing two slow riders, finally made us lose all our possibilities.”

How Kawasaki's Rea nearly failed to qualify for Suzuka 8 Hours