Garrett Gerloff has signed a new contract to remain with Yamaha in the World Superbike Championship next year, although his team is yet to be announced.

The American rider impressed the paddock in his debut season with the GRT satellite squad last year, scoring three podiums en route to 11th in the championship.

He has carried that form into 2021 and is currently the best-placed independent rider in the standings, with a highest finish of second in the most recent race at Donington Park.

A move to MotoGP could have been on the cards for the 25-year-old after he deputised for the injured Franco Morbidelli in the Dutch TT at Assen last month. There are vacancies within Yamaha’s MotoGP fold too, with Maverick Vinales announcing his exit with one year still remaining on his contract.

However, Yamaha has now ended speculation by announcing that Gerloff will remain in WSBK for a third season in 2022, but stopped short of confirming his team.

While Toprak Razgatlioglu has a firm contract with the factory squad until 2023 after signing a new two-year deal earlier this month, teammate and rookie Andrea Locatelli’s place beyond the end of the current season is yet to be finalised.

“I’m really excited to have signed this contract with Yamaha to continue with them next year,” said Gerloff. “I’ve had a great time in Europe the past year and a half, and I’ve been really happy with the progress I’ve seen within myself, the GRT Yamaha WorldSBK Team and the Yamaha R1.

“We’ve made serious steps forward already this season, allowing us to consistently challenge for the podium, but I know there is more to come.

“We have been so close to that first win, within touching distance at Donington Park, and with the support of Yamaha and the team I'm confident we can do it before the season is out.”

Gerloff was added to Yamaha’s WSBK line-up last year after two impressive seasons in MotoAmerica, which culminated in a third-place finish in the 2019 standings.

“I still remember Magny-Cours in 2019, when Garrett came to visit us and where our journey together started,” said Andrea Dosoli, Yamaha’s road racing manager.

“Since then, he has impressed everyone inside the Yamaha family with his motivation and commitment.

“He has been delivering fantastic results, has shown great speed and is able to quickly adapt to new circuits, confirmed at Donington Park where he was fastest overall on his first day and claimed a very impressive podium on Sunday.

“We’re really happy that we can extend this collaboration for another season believing that there is more to come from both sides and Garrett can become a title contender in the close future.

"We have given the possibility to a young, talented rider, who we selected from a national championship and brought him onto the world stage, clearly confirming the strong Yamaha worldwide motorsport involvement.”

Yamaha is currently locked in a title battle with Kawasaki, with the two marques separated by just four points in the championship standings. 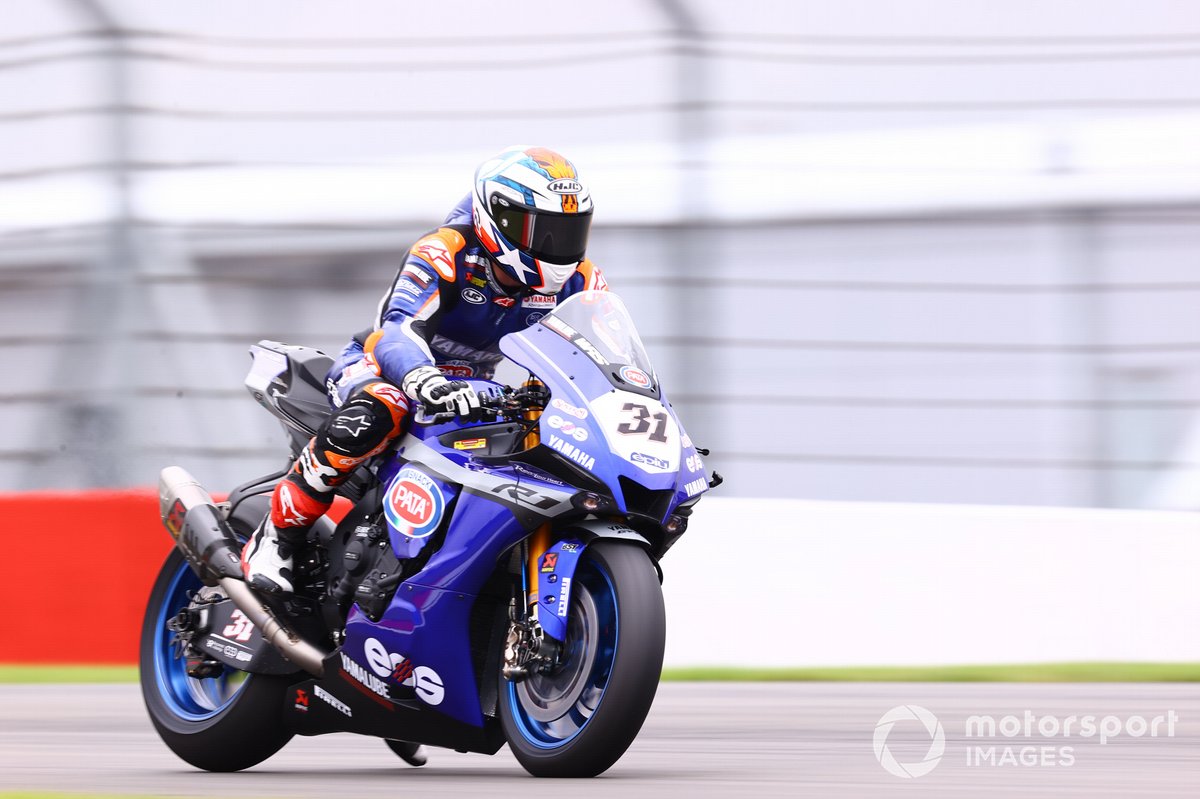