Leon Haslam will contest this weekend’s World Superbike round at Assen for Pedercini following the Kawasaki satellite outfit’s split with Loris Cresson.

The announcement means Haslam will take part in at least five WSBK rounds this year, having already signed a deal with Pedercini for four wildcard appearances at Misano, Donington Park, Most and Portimao.

Haslam previously made a one-off outing with Pedercini in the 2016 season finale in Qatar and went on to secure a seat with the factory Kawasaki squad three years later.

This was followed by a switch to Honda alongside Alvaro Bautista, but the British rider was dropped at the end of last year in favour of an all-rookie crew comprising Xavi Vierge and Iker Lecuona.

For 2022, Haslam’s primary programme is in the British Superbike Championship where he is riding a Kawasaki ZX-10RR for the Lee Hardy Racing team. However, his contract with Pedercini means he will also be present for nearly half of the 12 events that comprise the 2022 WSBK calendar.

“I have fond memories of Assen over the years and so when the opportunity arose to race with TPR Team Pedercini in one additional race it was easy to say yes,” said Haslam, a five-time race winner in WSBK and the 2018 BSB champion.

“I have ridden with the team before and achieved a top five result in Qatar and I know how they work.

"It will be a tough ask coming straight into Round 2 with no testing on the bike and the Championship being so strong this year but knowing that we will also race together in four other rounds after this, I am confident that we can gain a lot of valuable information and have a positive weekend together.” 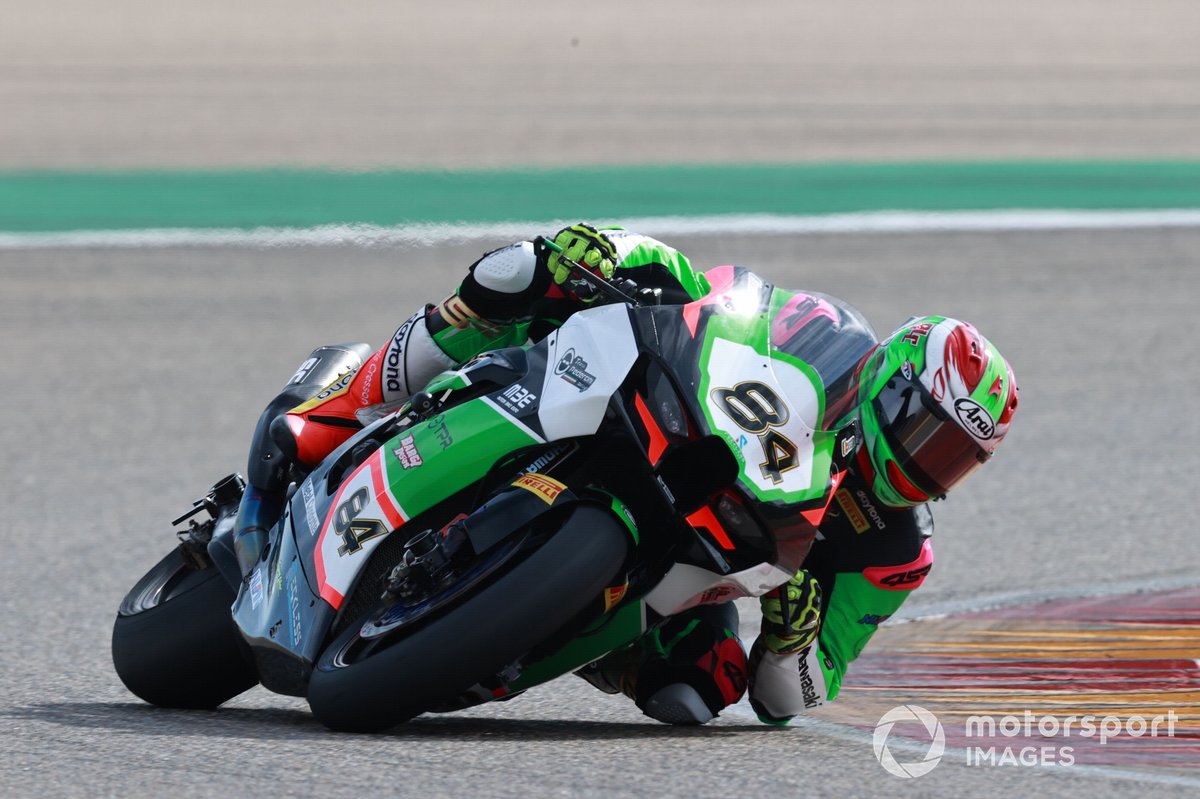 Pedercini had signed Cresson on a two-year deal in 2021 but the continuity of their partnership appeared to be in doubt when he was not named on the initial version of WSBK’s entry list for the new season.

The team did eventually announce Cresson after downscaling to a single Kawasaki entry in 2022, but the Belgian rider could only muster a pair of 23rd place finishes in the opening round of the season a fortnight ago.

The news of Pedercini’s split with Cresson was made official on Wednesday, less than 48 hours before the first practice session in the Netherlands.

It remains unclear who will ride the team’s primary bike for the remainder of the season after Assen.

“It is an unexpected first wildcard appearance with us for Leon who will now compete in at least five races for us this season,” said team principal Lucio Pedercini.

“We are sorry that we have not been able to continue with our original 2022 plan, but the show must go on and we delighted to welcome Leon back to the team earlier than we had anticipated. We go into the weekend confident of achieving three solid results.”