Ducati man Bautista set the pace in the opening two-hour session with a best lap of 1m30.743s aboard the all-new V4 R, becoming the only rider to breach the 1m31s barrier all day.

That was enough to head his nearest rival, Yamaha's Alex Lowes, by 0.403s, while reigning champion Jonathan Rea was a further 0.043s behind in third aboard the best of the Kawasakis.

Rea was one of a number of riders to suffer a crash on Monday, falling at Turn 10 in the opening session.

Bautista made it a clean sweep in the second session of the day, in which only a handful of riders were able to improve on their earlier times.

These included new BMW recruit Tom Sykes and Rea's new Kawasaki teammate Leon Haslam, who were second and third respectively behind Bautista - elevating themselves to fourth and fifth overall.

The reborn factory Honda team, which had sat out the previous group tests in Europe in favour of its own private test programme in Asia, joined the WSBK field for the first time at Phillip Island.

Leon Camier led the Japanese marque's charge in 11th, while Ryuichi Kiyonari - who returns to WSBK after a decade-long absence - was 16th fastest on the second works Fireblade. 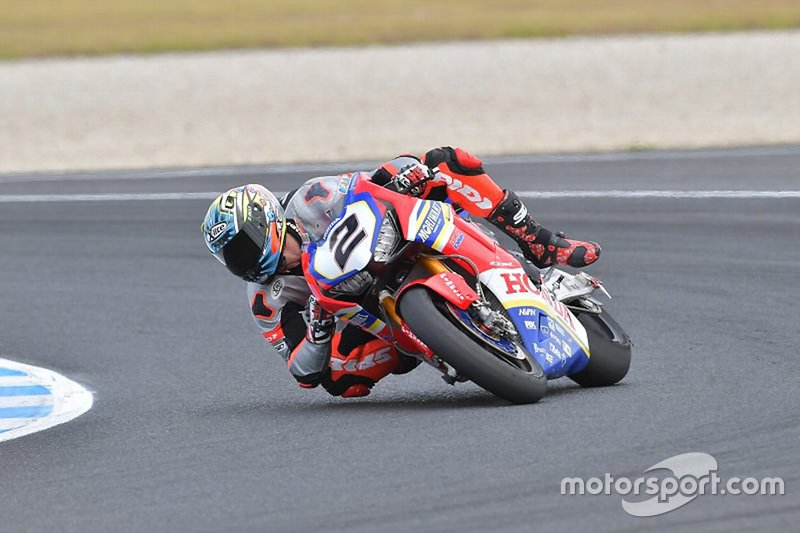 Bautista's Ducati teammate Chaz Davies again struggled to get to grips with the new V4 R, coming 15th of the 19 riders present in the opening session and only improving to 13th in the latter session.

Ducati satellite riders Eugene Laverty (GoEleven) and Michael Ruben Rinaldi (Barni) were also found towards the bottom of the timesheets in 15th and 17th places respectively.