Jamie Chadwick dominated the W Series race at the Hungaroring, crossing the line more than 10 seconds ahead of title rival Alice Powell.

The reigning champion led every session across the weekend to take victory, her second of the season, for Veloce Racing.

She also took the bonus points for fastest lap, setting a 1m43.611s, while her times remained consistent throughout the race.

Her win puts her back to the top of the championship standings, with Powell, driving for Racing X, closely behind, with two wins apiece of the four races so far this season.

There was a 10-minute delay to the start of the race while damage to the barriers caused by Carlos Sainz’s crash in Formula 1 qualifying was repaired.

Chadwick held the lead into lap one, despite Powell getting off the line quickly. 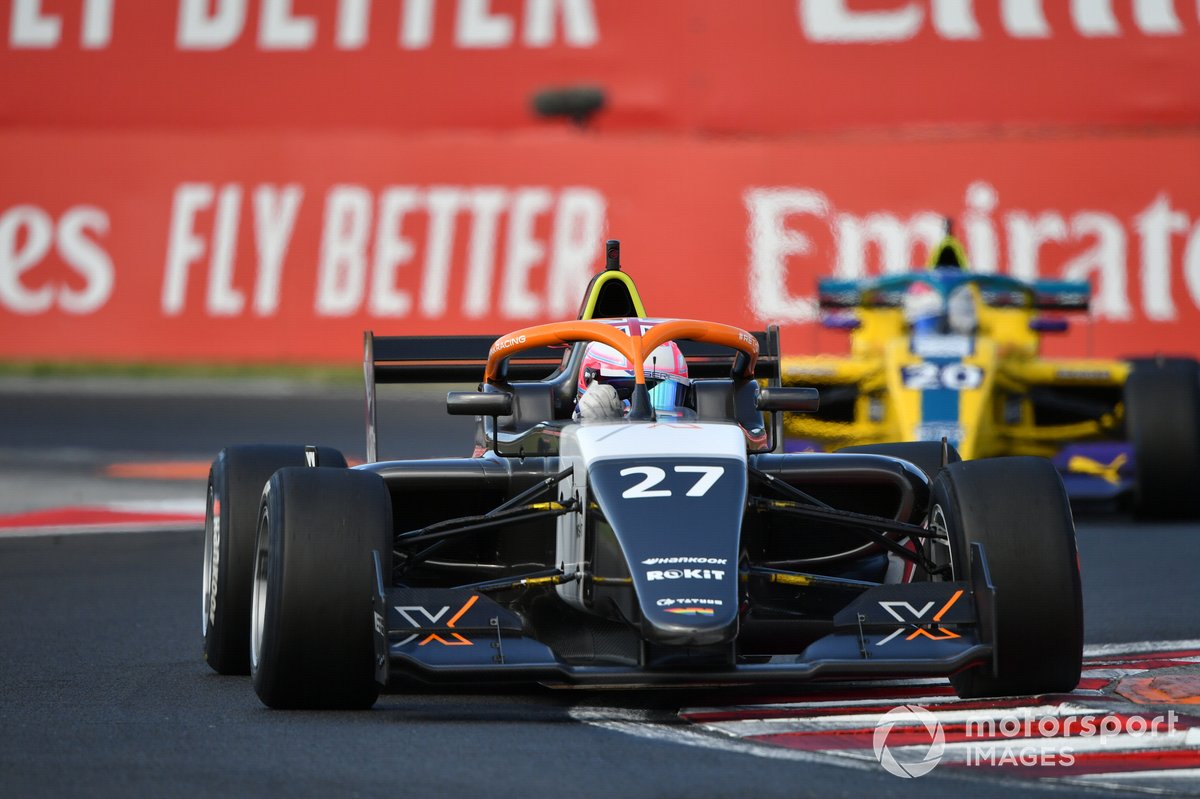 Sidorkova passed Visser at Turn 3, with the Academy driver moving up into fourth, while Kimilainen and Belen Garcia (Scuderia W) tussled for seventh, with Kimilainen keeping her position.

Fabienne Wohlwend lost the front wing of her Bunker Racing car after contact on the first lap, pitting for repairs before she eventually retired on lap 11.

Chadwick and Powell had built up a strong gap to the rest of the field by lap four, with the reigning champion leading by 1.4 seconds, with almost four seconds between Powell and third placed Marti.

By lap seven, Chadwick had built up a 2.4 second lead to Powell, with another second between her and Marti.

At the halfway mark, with Chadwick continuing to pull away to maintain her lead.

Miki Koyama (Sirin Racing) and Ecurie W’s Abbie Eaton made contact in a race for 12th on lap 14, with Koyama almost going off the track before sweeping past Eaton to take the position, albeit with damage to her nose cone. The incident is set to be investigated after the race.

Kimilainen and Puma-sponsored Marta Garcia battled for sixth with just two minutes of the race time to go, with the more experienced driver almost running off the road before taking the place.

W Series CEO Catherine Bond Muir says a decision will need to be made by next week about if this season’s final two races go ahead amid its financial difficulties.