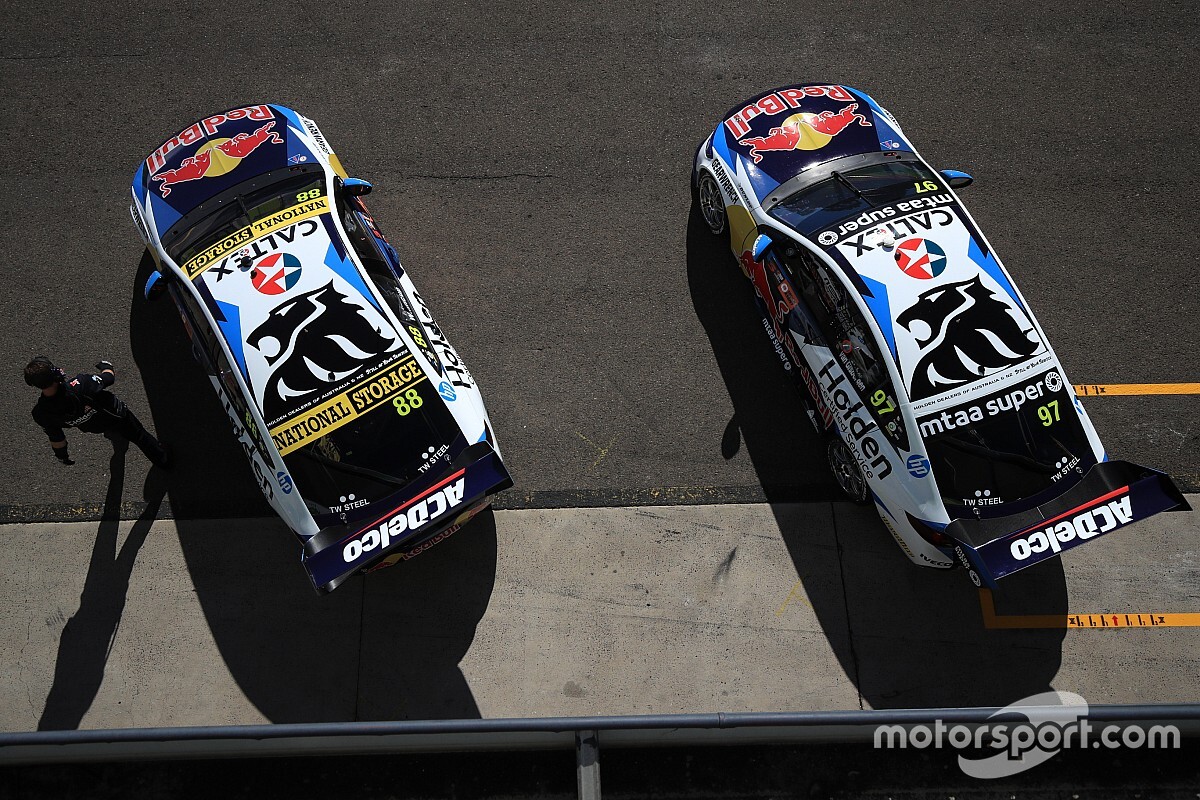 Triple Eight's failure to score a single podium finish from three races in Sydney was mostly down to pace, not strategy, according to team manager Mark Dutton.

The powerhouse squad endured an unusually quiet weekend at Sydney Motorsport Park, neither Shane van Gisbergen nor Jamie Whincup troubling the trophy presenters at any point.

That was despite van Gisbergen leading the first two thirds of both Races 1 and 2 on soft tyres, before a late switch to hards saw him drop to fourth and eighth respectively.

While in both cases it looked like a strategic misstep to leave the Kiwi out so long, Dutton is adamant the issue was outright pace, not strategy.

"Our strategy in Race 1 for Shane was the race-winning strategy... if we had the car speed," he told Motorsport.com.

"It's as simple as that. He had the most fresh air, the least amount of getting bashed around from others at the start, but he didn't have the pace.

"Pace was our biggest issue. And then when you try and make up for pace with strategy, it usually works the other way. Strategy is really easy when you've got fast cars."

With his soft tyres burnt in those first two races, van Gisbergen could manage just 12th in the final heat on Sunday afternoon.

Whincup, meanwhile, never found himself fighting at the front, his weekend tally a fifth, a 17th and an eighth from the three races.

While van Gisbergen at least finished an unofficial fourth for the round on points, despite the lack of a Hollywood result along the way, Whincup lost ground in the title fight with Scott McLaughlin, the 49-point gap between the two blowing out to 107.

Having highlighted pace as the key issue from the weekend, Dutton admitted that there is also room for improvement with strategy thanks to the new mixed compound tyre rules.

"It's a combination of things," he said. "A, we didn't have our best performance. We'll put our hands up for that. And B, the tyre format is such that you have decide if you go for the win or podium glory in a single race, or do you got for overall weekend points.

"We didn't achieve to the standards that we wanted to, we didn't maximise. And then with the format, as you saw with other cars, you had to pick and choose. You couldn't have your cake and eat it too.

"There were some decisions we made that turned out to be wrong. We should of, and could of, made better decisions, and we're continuing to analyse that; why we made those decision, how we could have reacted better, could we have made different decisions to begin with..."

As for his opinion on the polarising new tyre rules, Dutton said: "There's two different things for me. The different faces up there [on the podium], I like. But you want them up there on equal footing.

"For me it's not about who's winning, it's about how you're winning. Is everyone rolling in with the same opportunity to win or not? That's the biggest thing.

"I think it's fantastic that others are up there. For me it's not about us not being there. But it is the how and why."