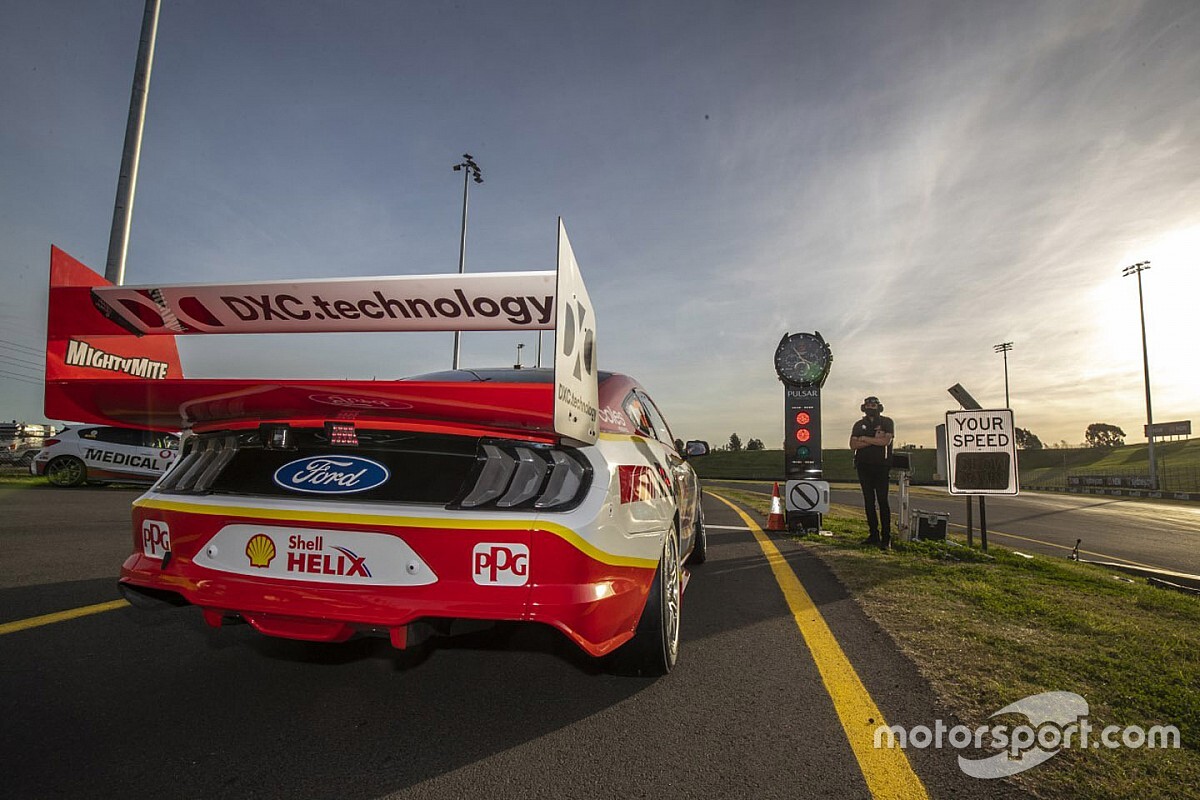 A number of key Supercars personnel were not impressed by the radical twin-compound tyre regulations that were debuted at Sydney Motorsport Park on the weekend.

In a bid to spice up the racing Supercars gave each driver five sets of new tyres, two of which were soft compound and three that were hard compound, to get through three qualifying sessions and three races.

That rules were an additional step to the five-set limit, all soft compound, that was trialled at the Sydney circuit last month.

Given SMP's notorious degradation and the significant difference in pace between the two compounds, even drivers taking a conservative approach were forced to throw at least one race.

For example Scott McLaughlin finished first and third in Races 1 and 2 but could manage just 14th in the finale.

It also ensured there were three separate race winners, with Nick Percat and Jack Le Brocq using their bank of softs in Races 2 and 3 respectively.

While entertaining, the regulations have drawn criticism for creating too much unpredictability.

Erebus CEO Barry Ryan even went as far as to call it "fake racing" after watching his driver David Reynolds battle Le Brocq, Todd Hazelwood and Andre Heimgartner in the final race, while the regular front-runners like McLaughlin and Shane van Gisbergen were nowhere to be seen.

“Supercars is doing a great job with this whole COVID situation but the tyre allocation this weekend is just… I don’t think anybody’s a fan. It’s not real racing," Ryan told Fox Sports.

“You shouldn’t just be able to get a result because you played the ball and just did something different to everyone else. It’s not racing and it’s just not exciting.

“The crew are down in the dumps about being away as it is, so all of this fake racing is just not good.

"We’ve got to get back to real, hardcore racing.”

Despite playing the game better than anyone and coming away with the best points haul, McLaughlin agreed that racing should be "different" to what happened over the weekend.

“If we did what we did [last round] where we had just the same compound, I liked that better,” said McLaughlin.

“Absolutely, it mixes the results up and you get different winners. It’s all about who does the right job at the right time. It’s just that one point during the weekend you are an absolute sitting duck just trying not to get T-boned.

“It is what it is and you’ve just got to make the most of it. We won the round, but just running around in 14th is a bit strange and still being able to say that’s competitive.... For me, racing, I feel like it’s meant to be different.

“Going racing as a race driver you want to go out and win or compete at the highest level as much as you can, and our highest level today was 14th.

“Like I said before, we’ve had a strong weekend on our side to win the round, but for me, it’s just a weird way how it’s all going.

“It’s fantastic for the category, [and for] sponsors, the other people winning. It’s awesome, don’t get me wrong. But... I don't know. It’s kind of weird just rolling around in 14th and still winning the round.”

Tickford's Cam Waters labelled it a "lucky dip", after finishing the three races in sixth, ninth and 18th.

“It was just a lucky dip when you played your tyres, and for us, we tried to spread our good tyres across a few races and didn’t have much left for that last one,” Waters told Fox Sports.

“Personally, I didn’t really like this weekend’s tyre rules. But we tried to make the most of it and we rolled the dice and our numbers didn’t come up, unfortunately.”

There was some support for the concept, however, with Rick Kelly taking a more positive view.

“It was really good to race a few people,” he told Fox Sports.

“I’ve got to say they got it right with the tyres this weekend; there were so many great battles."

Fabian Coulthard, meanwhile, was left right on the fence.

"We're in crazy times with this whole virus thing, and they're making the racing pretty crazy with different winners as well," said the DJRTP driver.

"I think on some tracks it works. [SMP] is an abrasive track, there's lots of deg anyway. I think you could come here with one compound and have just as good a race, rather than mixing up the compounds.

"Is it right or wrong? I don't know. We finished first and third for the round, obviously we had a decent weekend."