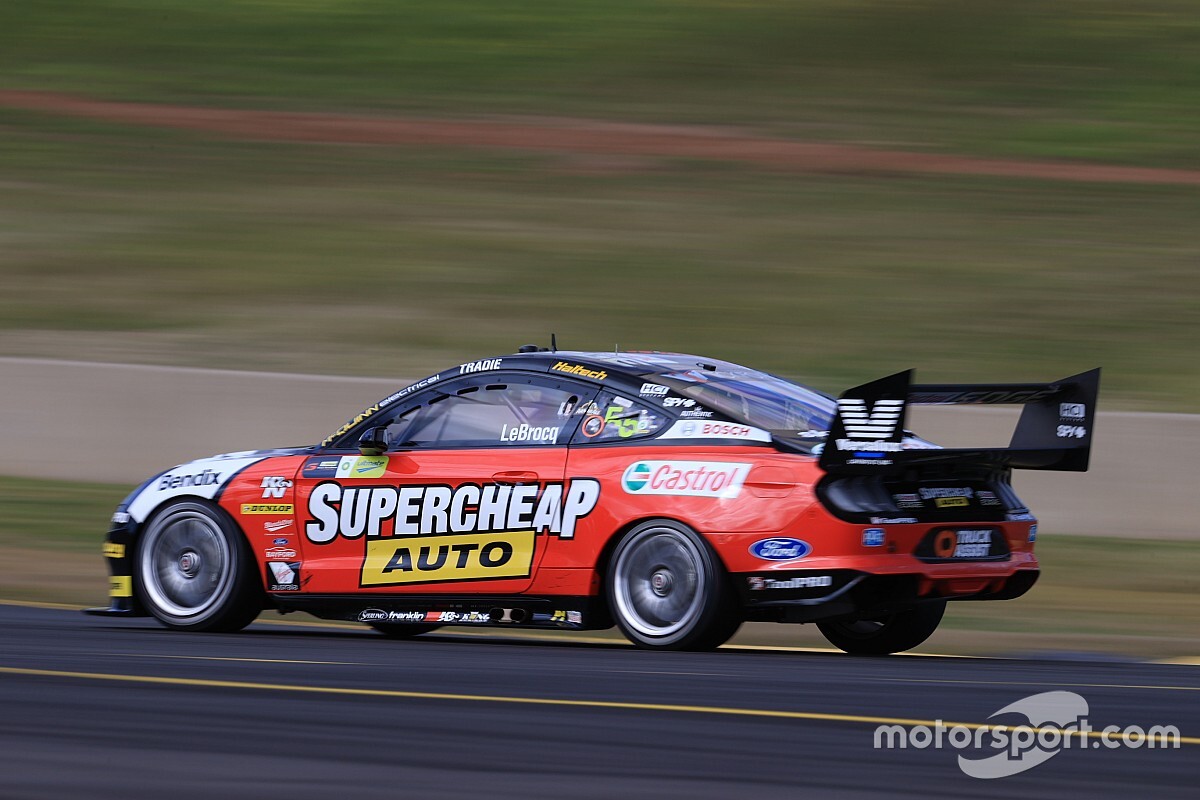 The Tickford Racing driver found himself in contention for the win after saving his two sets of soft tyres, however it still didn't come easy.

Andre Heimgartner, Todd Hazelwood and David Reynolds all did likes, the foursome staging a thrilling battle for victory in the second stint as they all crossed the line within 1.4s of each other.

Le Brocq initially ran fourth in the opening stint of the race, before passing Mark Winterbottom to move into third shortly before the stops.

He then used an undercut to get by early leaders Heimgartner and Reynolds, stopping on Lap 11, a lap earlier than the others, allowing him to sneak into the lead.

It was hardly job done for Le Brocq, however; he was never able to properly shake Heimgartner, while Reynolds was a little more patient on his second tyre set, which brought him into the game in the final third of the race.

Further complicating the run home was a hard-charging Todd Hazelwood, who found himself in the thick of the lead battle for the last few laps.

That ultimately worked in Le Brocq's favour, the chaotic battle for second allowing him to break by just six-tenths on the final lap to secure his first Supercars victory.

"I don't know, it hasn't really sunk in yet," he said when asked how the win felt.

"I don't really know what to feel at the moment.

"Andre kept me honest the whole time. I could see Davey was catching us, obviously he was playing a longer game.

"I probably used a bit too much of my tyre on that first lap out the gate, just to try and undercut these guys. The last five laps I was in trouble, I was just hanging on. I got to the end somehow."

Van Gisbergen actually made decent ground from his 22nd starting spot, while McLaughlin tried a set of used softs for the first stint that saw him plummet back through the field.

However he's still emerged from the SMP weekend with a very healthy championship lead, the gap now 107 points over Whincup.