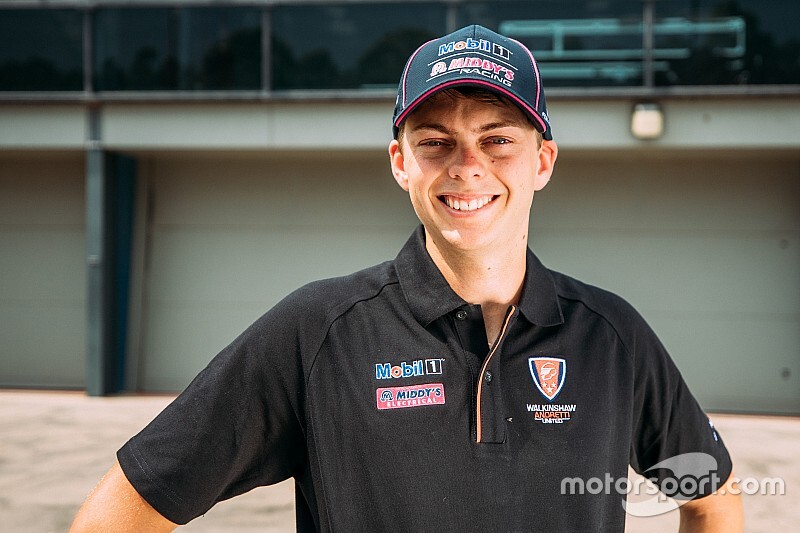 Rookie Bryce Fullwood has been confirmed as Chaz Mostert's teammate at Walkinshaw Andretti United for the 2020 Supercars season.

The 21-year-old has long been linked to the second WAU seat, rumours of a main game promotion with the Clayton squad extending back to before he sealed last year's Super2 title.

That's now been made official, WAU confirming that Fullwood will race its second Holden with backing from long-time sponsor Middy's Data and Electrical.

He's the first driver from the Northern Territory to secure a main game Supercars drive.

The deal follows a breakout 2019 season for Fullwood, who took six race wins en route to the title in the second tier and starred while partnering Andre Heimgartner at Kelly Racing during the enduros.

He'll make his first appearance for the team at the all-in pre-season test at The Bend next month, before making his full-time debut at the Adelaide 500 several days later.

“I’m really excited to be joining the Walkinshaw Andretti United family for 2020, and can’t wait to get my rookie year under way," said Fullwood.

"It’s a dream come true to join the main series, and something I’ve been working towards for a long time.

“From the moment I walked through the doors at WAU I felt at home, and everyone here has been more than welcoming. There’s no doubt there will be a lot to learn this year, but I’ve definitely got the right people around me, you can tell it’s a family here.

“Now that the news is out there, I can’t wait to jump in the car at The Bend and kick it all off.”

“It’s really exciting to have Bryce join the team for the 2020 season," he said.

"He’s certainly someone we have watched closely over the recent years, and his outstanding season in 2019 shows the calibre of driver he is.

“It’s definitely going to be an exciting journey, Bryce is an outstanding driver, and person, and we are really excited by what we can achieve together going forward."

“No one can question the year that he had in 2019, to win the Dunlop Super2 Championship, the Armor All Pole Award and do such a great job as co-driver in the enduros is a terrific feat, and we all have been nothing but impressed with everything about him.

“He is the perfect fit for our team, and I can’t wait to watch his career continue to go from strength-to-strength.”

Brown added: “Bryce is not only a great driver, but a great person, which is why the decision to bring him on-board for 2020 was an easy one.

“While he might have the ‘rookie’ title next to his name, his experience and results said to us that he was more than ready for the next step, and I’m sure he will surprise a few people this season."