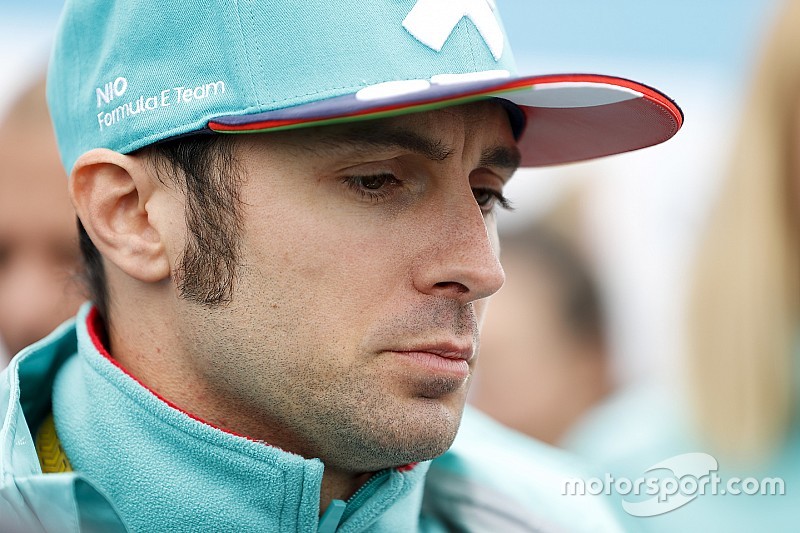 Single-seater veteran Luca Filippi will race a touring car in 2019 after joining the grid for the seven-round TCR Europe series.

Filippi has an extensive background in single-seaters, having finished runner-up in the GP2 Series in 2011, and also started 23 IndyCar races from '13-16.

The Italian most recently contested the 2017/18 Formula E season, but was dropped by the NIO team last October despite claims he had signed a contract for the current campaign. He scored one point in 2017/18, compared to teammate Oliver Turvey's haul of 46.

Filippi, also a champion in Italian Formula 3000 and a runner-up in Auto GP, will contest TCR's flagship regional series this year in a Hyundai i30 N run by leading WTCR outfit BRC Racing.

He will make his debut at next weekend's Hungaroring season opener, which takes place alongside the second round of the WTCR campaign.

"I can't wait for my first race with the team," said Filippi, who has already driven the i30 N. "I found an instinctive feeling with the Hyundai i30 N, as it fits my driving style; I found myself comfortable from the first laps, both with the car and the team.

"I thank team principal Massimiliano Fissore for offering me this professional opportunity and I will demonstrate my gratitude with facts, starting from Budapest."

Filippi is the second single-seater driver to have switched to TCR Europe for 2019, with former Indy Lights frontrunner Santiago Urrutia announced at the WRT Audi squad in February.

WTCR race winner Aurelien Comte will also race in the series this year in a Peugeot 308TCR run by the DG Sport Competition squad, which took Comte to 11th in the WTCR points last year.