Aaron Seton had to borrow a full suite of race equipment in order to make an unexpected TCR Australia debut today.

The 21-year-old was drafted in to the Melbourne Performance Centre squad as an ultra last-minute replacement for an unwell Jean-Karl Vernay earlier today.

However, having only been at Queensland Raceway as a spectator, Seton had none of his race gear on hand.

We actually only got to the track right before the pitlane opened and unfortunately Jean couldn’t drive because he was sick," said Seton, son of two-time Australian Touring Car Champion Glenn Seton.

“I didn’t have anything, actually. I was lucky to have a photo of my licence with me, but that was about it.

"[I was] trying to find some gear and thankful a few people were able to lend me some stuff and we were away.”

Seton, who leads the V8-powered TA2 series, impressed on his unexpected debut in a front-wheel-drive car, with a 14th and an 11th from the two 30-minute races.

“The cars are great to drive," he said.

"They’re really different to what I’m used to, being this is my first time in a font-wheel-drive car.

"With the aero bits and everything they’re good fun to drive.

"I’m really excited with how I did in the race. Sort of being thrown a bit into the deep end, I really enjoyed it.

"I look forward to seeing what other opportunities come up.” 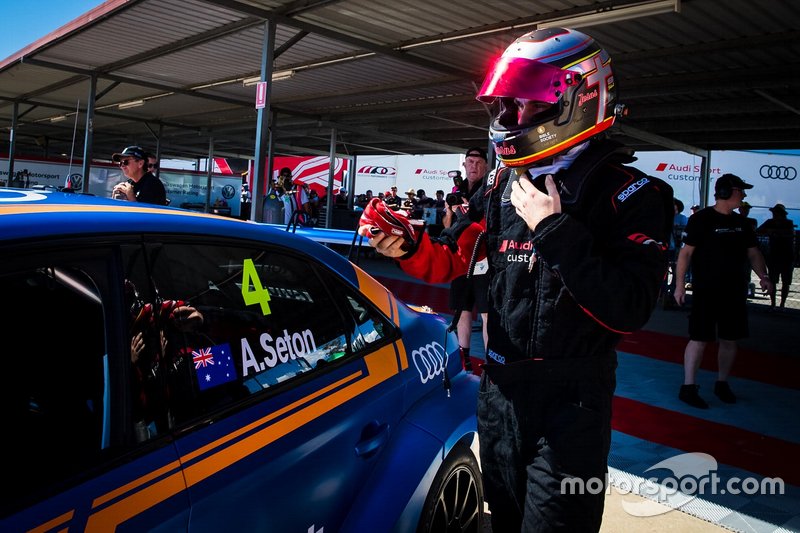 Supercars champ on TCR: "These things bite you hard"