Fuji Super Formula test pace-setter Toshiki Oyu says he is relishing the chance to go up against three-time champion Naoki Yamamoto at Nakajima Racing this year.

Oyu, who is going into his second season with the Nakajima squad after earning 'Rookie of the Year' honours in 2020, went over three tenths clear of the field on the first day of this week's Fuji test on Tuesday, with his best time of 1m21.371s remaining unbeaten on Wednesday.

By contrast, the 22-year-old's new teammate Yamamoto was only eighth-fastest on both days and almost nine tenths off the pace of Oyu on Tuesday.

Yamamoto has endured a tough start to his relationship with Nakajima after making a surprise off-season switch from Dandelion Racing, similarly lagging off the pace in the opening pre-season test at Suzuka.

His struggles present Oyu, whose rookie campaign last year was highlighted with a first win at Suzuka, with a valuable opportunity to establish intra-team supremacy over Yamamoto.

Oyu told reporters on Wednesday: "Last year I made it to Q3 quite a few times, I think I was the driver with the most appearances [six]. But that was usually where it ended, finishing in the top three was difficult. I was one or two steps short.

"But my feeling after this test is that whichever circuit we go to I can be in the top five, and maybe [if all goes well] the top three.

"Of course, all season I want to show my speed, but I think I will be compared to Yamamoto a lot. I feel some pressure because of that, but I won’t hold back just because he is my senior; I want to do what I have to do in order to win the championship."

Oyu said that he wasn't taking any cues from Yamamoto, who is 10 years his senior, on car set-up during the test.

"To be honest, we’re going in different directions," he said." Even if we use the same set-up, our respective feelings are sometimes different.

"We both have our own preferences, so we are both setting up the car in accordance with those, even if the base is the same."

After concluding the test second behind Dandelion's Nirei Fukuzumi, Oyu said he wasn't concerned by an apparent drop-off in speed on the second day of running.

"I couldn’t set a time [at the end of the afternoon] because the chequered flag came out just as I was about to start a lap," he explained. "Even if I had been able to set a time, I don’t think it would have been a particularly good one because the set-up didn’t match the conditions.

"It’s not that my feeling in the car has changed from yesterday, it’s just I couldn’t set a time for various reasons, so I don’t want to get bogged down thinking about it too much." 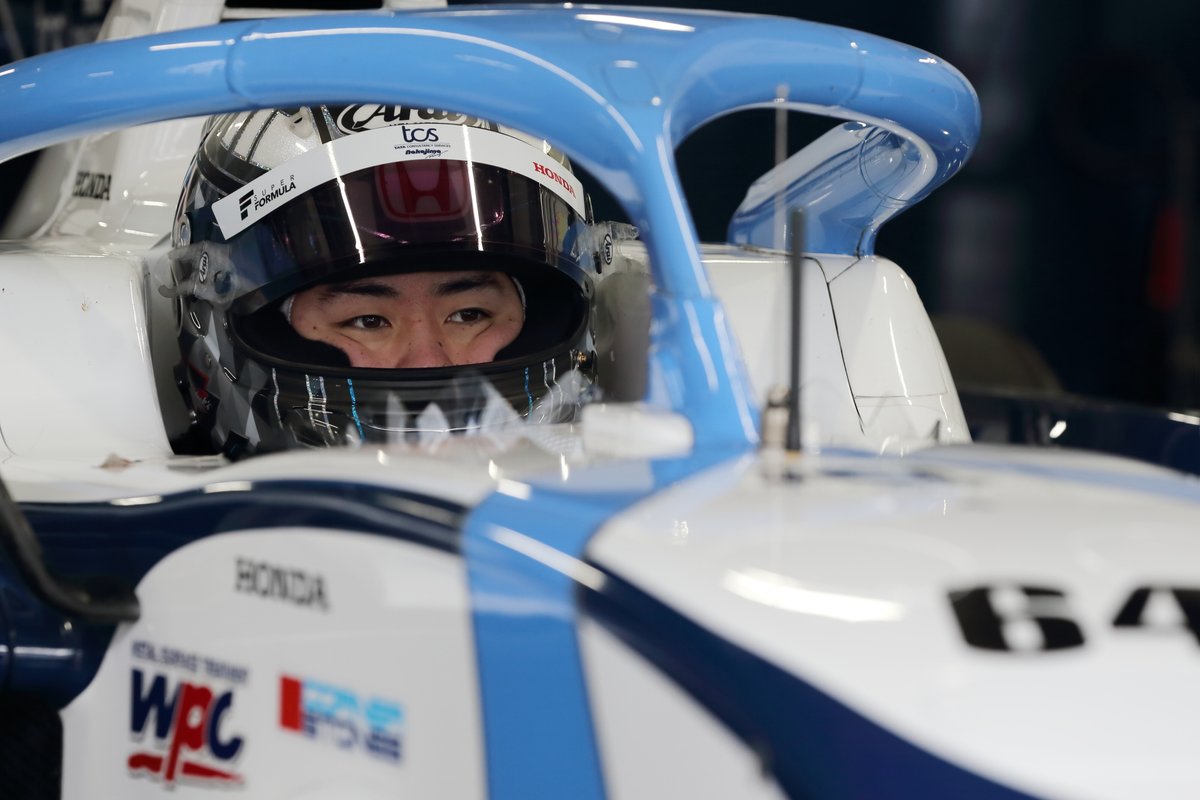