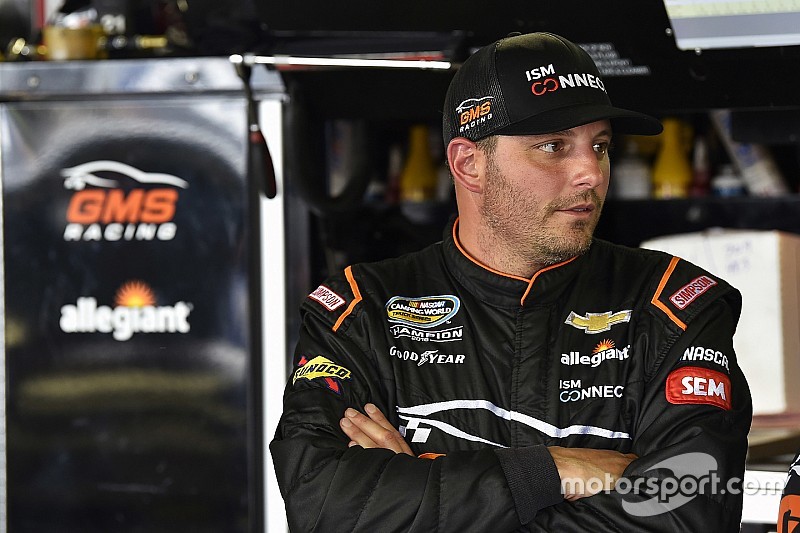 GMS Racing on Wednesday afternoon announced the team had parted ways with Sauter, who won the Truck series title in his inaugural season with the organization in 2016.

“We cannot thank Johnny enough for his contributions to the growth and success of GMS Racing,” Mike Beam, team president, said in a statement.

“He won the first championship for us and added a lot of trophies to our shop. We wish him all the best for his future endeavors, both in and out of racing.”

No reason was given by GMS Racing for the move.

In three seasons at GMS, Sauter had won 13 races. His six-race season in 2018 was the most victories in one season during his 10-plus year career in the Truck series.

In the statement, GMS said announcements regarding the future of its No. 21 team will come at a later date.

Multiple sources have told Motorsport.com that Brett Moffitt – who won the 2018 series championship with Hattori Racing Enterprises – is the leading candidate to take over the ride at GMS.

Moffitt has remained without a ride since winning the championship last November at Homestead, Fla.

In his NASCAR career, Sauter, 40, has 23 wins and seven poles in 244 Truck starts. He has also won three races in the NASCAR Xfinity Series.

In an interview Wednesday afternoon with SiriusXM NASCAR Radio host Dave Moody, Sauter said he was only informed of the team's decision earlier in the day.
"GMS has been a great place, we accomplished a lot of things. If they don't need me, you don't need to be there," Sauter said. "Like my dad always said, 'If you're hand ain't broke, you'll never go hungry. So, I'll figure out something to do."
Asked what was next for him, Sauter said, "I don't have a clue. Rides are pretty scarce, rides that you want to drive. We'll just have to see what shakes out. It's one of them deals where I'm not going to drive junk.
"If an opportunity doesn't present itself, I don't have to do it."