NASCAR turns once again to Darlington to 'reset' its season 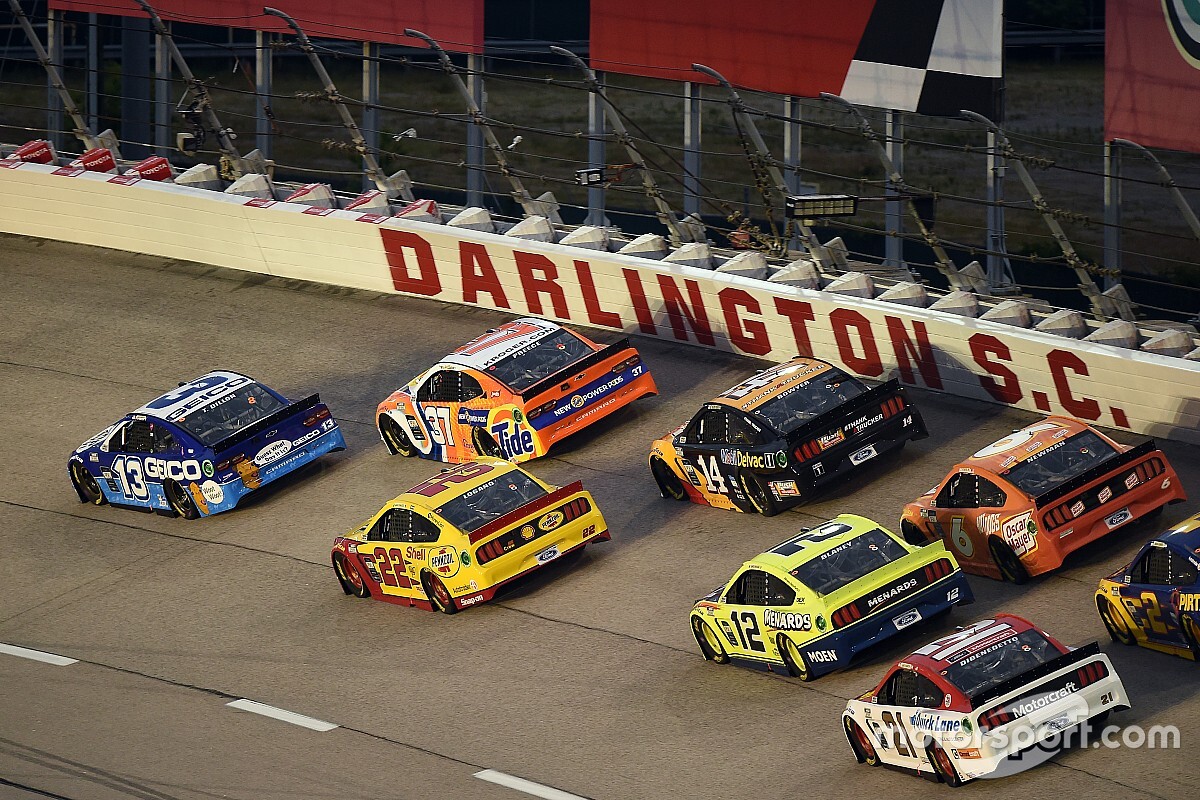 For the second time this year, the NASCAR Cup Series will hit the ‘reset’ button at Darlington (S.C.) Raceway, but thankfully this one was planned.

Sunday night’s Southern 500 will kickoff the 2020 Cup Series playoffs, just as originally scheduled. What was not scheduled was the fact Sunday’s race will be the third Cup event at the iconic track this season.

Such is the way of things in the COVID-19 pandemic.

Following the Cup series’ fourth race of the season, NASCAR put the sport on hiatus as the pandemic spread across the country. All sports came to a grinding halt.

When NASCAR began plans to restart its season in mid-May, it had to do so with numerous new protocols in place – limiting the number of people at tracks, no fans and the elimination of practices and qualifying.

NASCAR also had to find a way to make up all the races it had missed during its two-month shutdown.

It began by hosting two races without fans at Darlington, a 400-mile race on May 17 and a 500k-mile event on May 20. NASCAR was the first major professional sport to return to competition with live TV events and it did so without major hiccups.

In the 3½ months since, NASCAR has managed to make up all its missing races in the Cup series and is back on its original schedule. It’s Xfinity and Truck series will also be back to their regular schedules in the coming weeks.

All three national series are on track to conclude their respective seasons with championship races at Phoenix Raceway the first weekend of November.

In March, there were not many who thought that possible.

“I had concerns, but I was also pretty confident that we were going to get back to racing probably quicker than other sports simply because we were not a contact sport when it comes to player-to-player,” said Denny Hamlin, who opens the playoffs as the No. 2 seed in the field of 16 drivers.

“Finding a way to make it safe, finding protocols to put in place to keep us separated from each other certainly has played a factor and us being able to go back and be one of the first sports back and now catching up our schedule to regular schedule programming now that we start our playoffs.”

NASCAR has also successfully been able to have a limited number of fans attend several races this season, with a couple events – the All-Star Race at Bristol, Tenn., and regular season finale at Daytona – hosting more than 20,000 each.

Around 8,000 fans have been approved for Sunday’s 500 at Darlington, far less than normal for what has become one of the more popular races on the schedule, but still a welcome sight for the sport’s participants.

“I think our events are probably better than what most people can possibly imagine at this point,” said Kevin Harvick, who won the first Darlington race at May and begins the playoffs as the No. 1 seed. “In today’s world our events are pretty good compared to what you see in other sports.

“Our events are starting to have fans migrate back into the grandstands and different portions of the race track from a camping perspective. We’re in a very, very fortunate spot to be able to go back to the race track and work and do the things that we love to do on a weekly basis.

“For what we’ve been used to at home and the things we can and can’t go do, being able to go to a sporting event safely is pretty extraordinary at this point.”

16 drivers left to fight for the title

The start of the Cup Series playoffs has always served as a ‘reset’ of sorts on the season.

Sixteen drivers will be whittled down to four over the next nine weeks on a mix of short tracks, road courses, superspeedways and intermediate tracks.

The final four will race each other for the title at Phoenix – the first time since the inception of the playoff format in 2004 the finale has been held someplace other than Homestead-Miami Speedway.

With the pandemic and its effects still very much a factor, things could still change between now and November.

So far, though, NASCAR has shown the ability to adapt and continue following each hurdle along the way.

“NASCAR leadership has done a really good job putting everything in place for us to get to this point,” Hamlin said.

“Now, we just need to assume this season is no different other than the lack of practice that we’re going to have through the playoffs and we’ll just go from there.”

Chase Elliott: "We can compete with whomever" in playoffs

What time and channel is the NASCAR Cup race at Darlington today?