NASCAR Next Gen car 'a new challenge' on Charlotte oval

The first day of testing on the Charlotte Motor Speedway oval track with NASCAR’s Next Gen car proved challenging for several drivers but that may not be a bad thing.

By late afternoon on Wednesday, there had been one hard wreck – involving driver Austin Dillon – and a handful of spin outs from others, including Denny Hamlin and newly-crowned Cup Series champion Kyle Larson.

There were several other near-spins and Erik Jones stalled on the track with a flat tire at one point in the afternoon.

“It definitely drives quite a bit differently than the old car did,” said Alex Bowman, who finished the 2021 season with a career-high four wins. “The car is real edgy and hard to feel. You don’t really know how much grip you have and when it snaps it doesn’t seem like you can catch it as well.

“I would say the difficulty level by yourself is way, way harder than the previous the car. The previous car you could drive it really, really hard – especially here and (Auto Club Speedway) – and get sideways all day and not spin it out.”

Bowman said he believes some of his difficulty stems from his unfamiliarity with the car – he last drove one at a test at the short track at Martinsville, Va. – but also thinks drivers will need time to discover how far they can push its limits.

“I think you are going to see guys crash a lot more,” he said. “This car is a new challenge. This car you can’t drive as hard I feel like, or at least I’m not comfortable with it yet.

“Learning where those limits are and how hard you can and can’t drive it is going to be a challenge. I’m going to enjoy trying to figure it out.”

Driver Ricky Stenhouse Jr. said his first few laps on the track with the car were “hairy,” but his JTG Daugherty team has gotten his car a lot more comfortable.

“It definitely was a lot more on edge on entry to the corners to start the day, but I feel like that is a little bit better,” he said. “I think my heart rate has come down a little bit in the car versus the first couple of runs because you’re so on edge.

“With the sidewall profile of the tire you just don’t feel things as quick. You almost feel like you’re a little behind on the steering when it does get loose. I had a couple moments when I thought I could spin out and luckily we didn’t.”

Stenhouse does believe his driving style will change with the Next Gen car and has been using simulator time to help get himself acclimated to how the car will perform on track – a tool he hasn’t had the luxury to use the past two years.

“The brake packages are so big now that any little touch of the brake really kills your speed. That’s very noticeable (on the oval). On the road course, we can stop so much better than we ever have.”

Despite the change in degree of difficulty in navigating the track with the new car, teams appeared to have conquered the most serious issues which arose from recent tests at Daytona and the Charlotte Roval course.

Bowman, Stenhouse and Kurt Busch all said their respective teams appeared to have no problems with the heating and steering issues which have cropped up most recently. 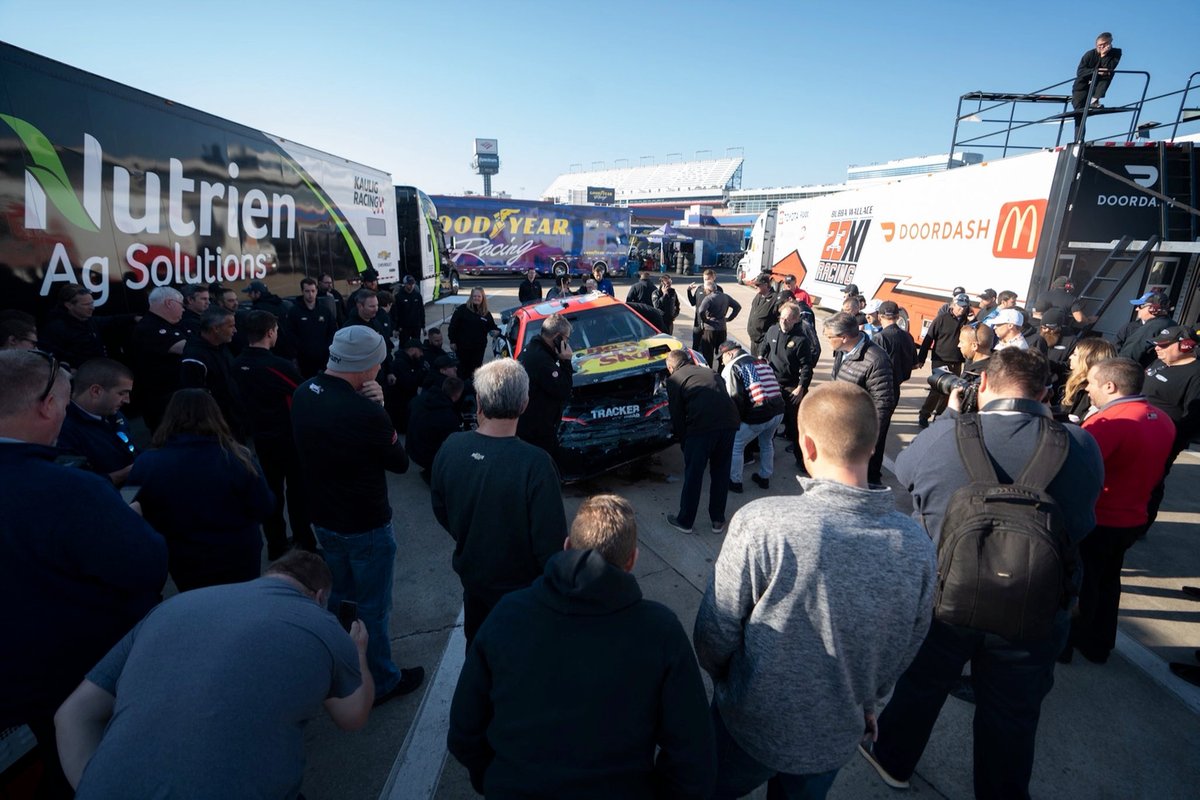 “The car’s not hot, but it’s also not that hot outside, so trying to base that off what it would be at Daytona, I’m not sure yet,” Stenhouse said. “Right now, I feel decent in the car.

“It seems like so far everybody’s steering has been fixed from the issues that we had at the Roval. Our (car) has been much better on that.”

Late in the afternoon, drivers participating in Wednesday’s test held a meeting with NASCAR officials to share and assess feedback from the first day of on-track testing on an intermediate track.

The Charlotte oval test will conclude with a session from 9 a.m. to 5 p.m. ET on Thursday.

NASCAR doesn't want Next Gen car to be "easy to drive"