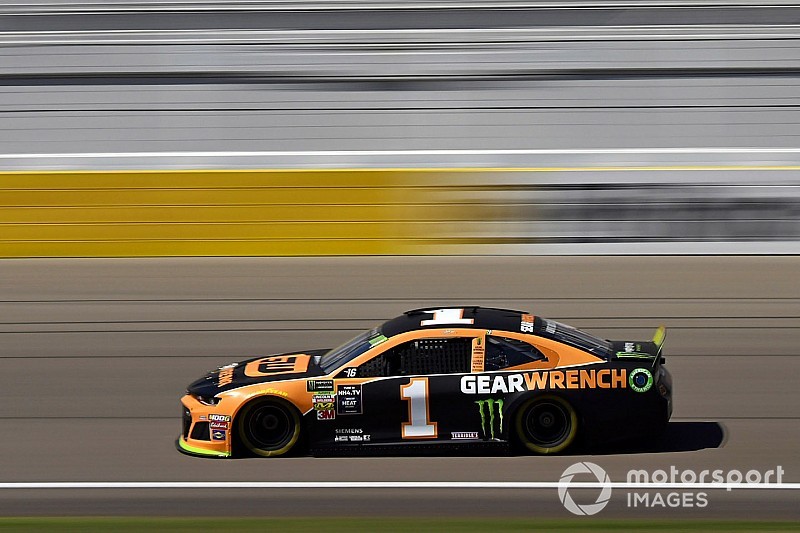 In 19 career starts at his hometown track, Busch has never won but has two top-five and five top-10 finishes and has won two poles.

“When we raced here in March, the high groove in (Turns) 3 and 4 was the first ever time that I’ve seen the Cup guys up there. So, I believe that will be a factor in Sunday’s race. We’ll see,” Busch said.

“We have nightfall as well and that will be the first time we’ve raced under the lights here at Las Vegas. I think that’s a great look for everything and everybody thinks of Vegas as the Strip and the skyline at night.”

Chase Elliott and Ryan Blaney were fourth and fifth as playoff contenders swept the top-five.

Rounding the out the top-10 in practice were Kyle Busch, Kevin Harvick, Daniel Suarez, Martin Truex Jr. and Ryan Newman.

Kyle Busch had the best average lap speed among those drivers who ran at least 10 consecutive laps (175.106 mph). Elliott and Logano were second and third, respectively, in that category.

Denny Hamlin is "all in on Vegas," not focused on championship

Bubba Wallace: "We get paid to race, not fall in line"