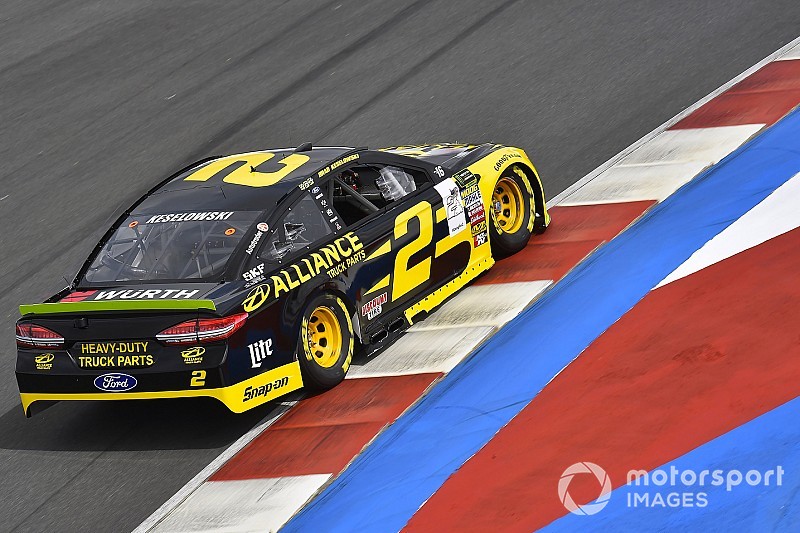 Brad Keselowski topped the final practice session on the Roval course at Charlotte Motor Speedway but it will likely do him little good.

However, about 40 minutes into the session, Keselowski jumped the curb on the exit of the frontstretch chicane and he slammed head-on into the oval track wall in the area, doing extensive damage to his No. 2 Ford.

Keselowski will move to a backup car and have to start Sunday’s race from the rear of the field.

After leaving the care center, Keselowski said, “Just got in too hot. Didnt want to hit those dumb turtles (curbs). I should have skipped the corner and been more cool but I wanted to see what we had (in the car).”

Before the start of practice, NASCAR adjusted the angle of the backstretch chicane tire barrier wall to allow more room for cars to exit. Before the change the barrier jutted out from the oval Turn 3 wall in a perpendicular angle past the blue curbing.

The exact position for barrier in Sunday’s race will be determined following practice.

There were no incidents with cars hitting the tire barrier during the session.