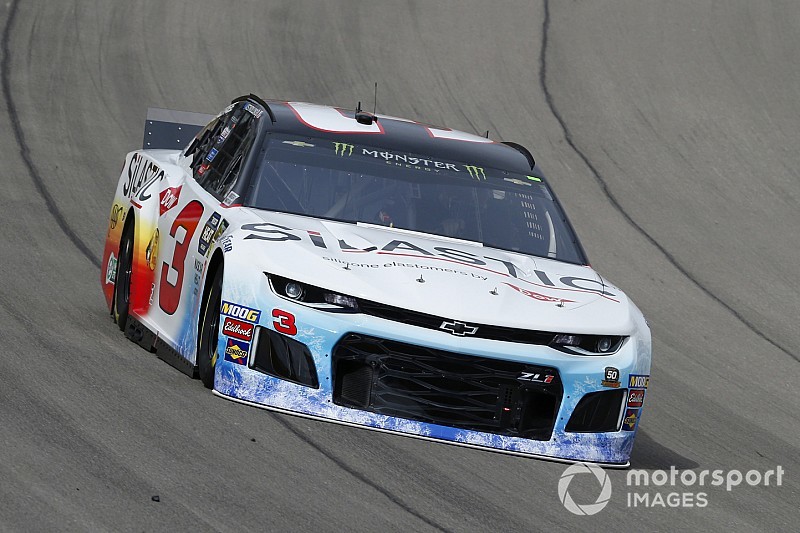 Austin Dillon ended NASCAR Cup Series practice on Saturday the way they began it on Friday – atop the leaderboard.

Dillon, who was fastest in Friday’s practice at Las Vegas Motor Speedway, led the way in Saturday’s final session as well, with an average lap speed of 178.224 mph.

“Last week, we had one car running really good and our car did it and that was just trying to maximize that first race to see which direction we needed to go with our cars. And, I felt like we found that with (Daniel Hemric),” Dillon said.

“We had a good game plan coming here to Vegas and we stuck with it. The biggest thing is game planning and I’ve been really hard on the radio the last two weeks because I feel like the potential is there for us to get one of these races early.

“So, the stress level is a little bit high because we’ve got the speed and executing with that sometimes can raise the stress level. I’m just trying to really harp on our guys as best we can and create less margin of error when we get out there just so everything is known.”

Kevin Harvick, who will start on the pole Sunday, ended up 29th fastest.

Hemric had the fastest average speed among all drivers that ran at least 10 consecutive laps (176.181 mph). Austin Dillon and Keselowski were second and third, respectively, in that category.

Brad Keselowski's Penske record will be 'tough to beat'