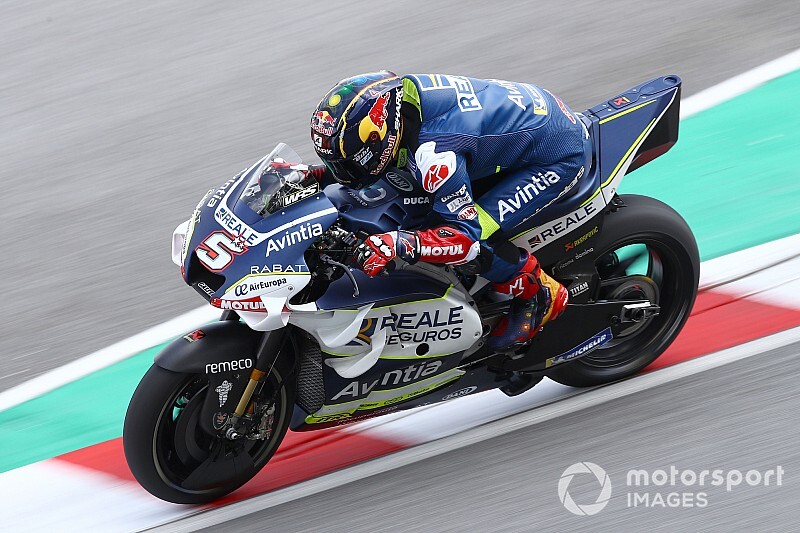 Avintia Ducati newcomer Johann Zarco admits he expected to be faster in his first test outing with the Desmosedici MotoGP bike in Sepang.

Zarco, who split with previous employer KTM last year and was persuaded by Ducati to sign a works contract and ride for satellite team Avintia in 2020, had sat out the Valencia and Jerez tests in November.

Friday at Sepang thus represented Zarco's first day riding the Ducati Desmosedici GP19, and he ended it in 19th place, a second and a half off the pace.

Conceding he had hoped for more, Zarco pointed to his disrupted end of 2019 - when he was let go early by KTM and ran a limited programme with LCR Honda - as the cause of his slow start.

"Frankly, I expected better, I thought I'd straight away be a little faster than this," Zarco said.

"But I think I learned a lot, I did a lot of laps, 54 laps. After almost four months of a break - finally it was very long - I lost some things.

"I have to stay calm, and in the end I made a lot of progress. I also need to understand my mistakes and how to ride the Ducati better - there is a lot of potential but I definitely need to manage my riding differently."

Zarco said he needs to be "more relaxed" on the Ducati, and has also targeted improving his physical condition.

Having struggled to maintain a positive outlook at KTM - with the Austrian manufacturer suggesting his unhappiness was bringing down squad morale - Zarco said he appreciated the backing he'd already received from Ducati.

"I have real support from Ducati - they come, they take my information and, really, they often repeat to stay cool because it takes time to accumulate experience.