The Avintia MotoGP team has announced that it has parted ways with a member of its squad who faked a PCR test result to gain access to the MotoGP paddock.

MotoGP currently operates a strict bubble policy in its paddock to combat the spread of COVID-19, with each member required to present negative PCR test results before entering into a circuit.

On Tuesday it came to light that a mechanic from Avintia’s MotoGP team had falsified a test result from the Quiron laboratory in Spain on Monday ahead of this weekend’s Emilia Romagna Grand Prix at Misano.

Once found out, the mechanic was suspended from accessing the MotoGP paddock until at least the end of 2021 by International Race Teams’ Association (IRTA).

This punishment can be extended should IRTA wish, while Avintia has released its own statement on Tuesday evening confirming it had fired the offending team member.

“From Avintia Esponsorama Racing we show our total conformity with all the measures taken by Dorna and IRTA that, as well as our team policy and code of conduct to which all its members adhere, including mechanics, technicians, family members, sponsors, or any other person close to the team, we are obliged to take specific disciplinary measures and close all relations with our team member, who yesterday, thanks to the great work being done by Dorna and IRTA, unsuccessfully falsified a PCR test to get the access to the paddock of the Misano circuit for the next grand prix,” the statement began.

“Being the team indirectly responsible for assuming all the costs derived from the exceptional measures by the COVID-19 protocols to all its workers, with this type of actions we are aware that they have wanted to obtain their own benefit putting at risk the rest of the people who make up the team and the championship. 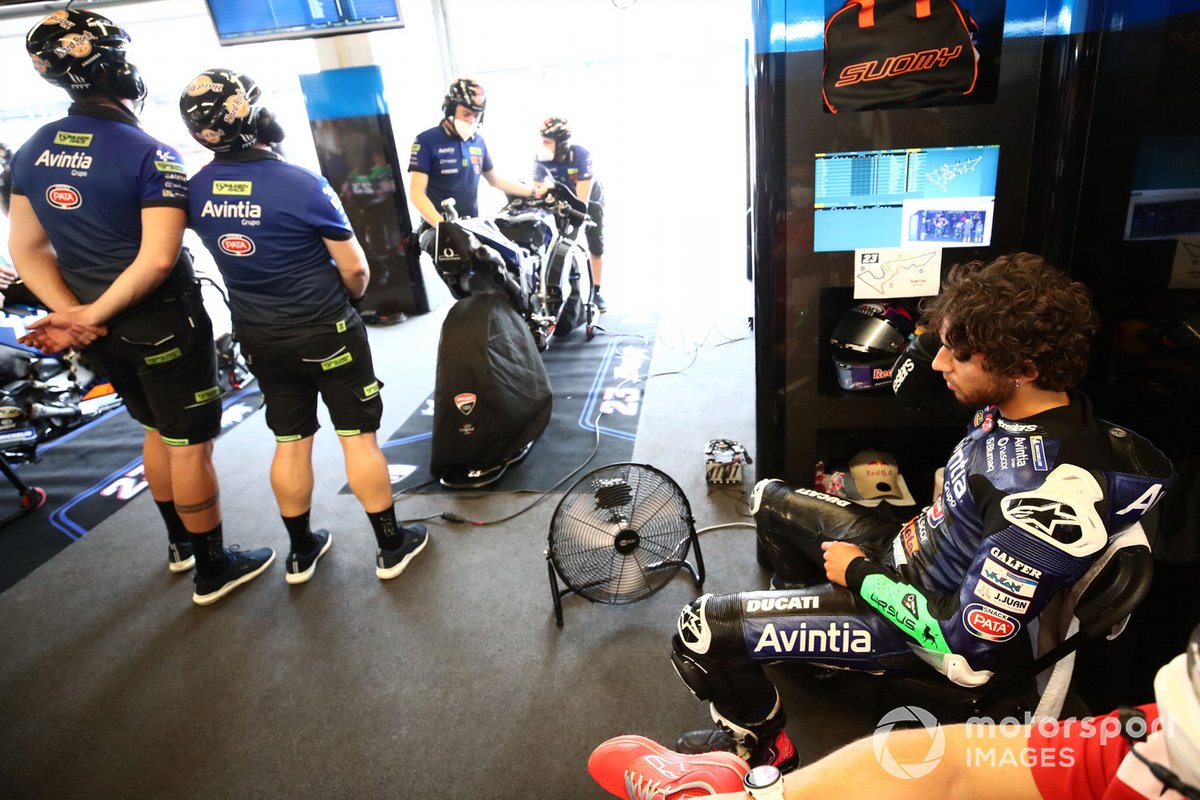 “These behaviours not only damage the image of the team, but also the rest of the paddock and the championship as a whole.

“We would like to clarify that it is the responsibility of each team member to enter their access and PCR test for the organisation, on an online platform for each circuit according to the guidelines that, for COVID-19 reasons, are currently in force for access to the paddock.

“Avintia Esponsorama Racing would like to apologise and thank Dorna and IRTA for all the efforts made to keep everyone in the MotoGP paddock safe, allowing the championship to run properly.”

This has cast a shadow on Avintia’s return to Misano this weekend, with the team expecting big things after Enea Bastianini claimed a sensational maiden podium on his two-year-old Ducati last month at the San Marino GP.

Avintia will quit MotoGP at the end of the year, with its grid slots set to be taken over by Valentino Rossi’s VR46 team – which currently runs Luca Marini’s Avintia entry.

Bastianini will move to Gresini in 2022 alongside Moto2 graduate Fabio Di Giannantonio aboard Ducati machinery.