Fabio Quartararo says Yamaha MotoGP team-mate Maverick Vinales is “one of the fastest guys I’ve ever seen” and has identified where he needs to improve to stop his 2021 struggles.

Vinales comes into this weekend’s Dutch Grand Prix off the back of his worst-ever weekend in MotoGP, having finished last in Germany and qualified down in 21st.

Since his Qatar GP win in March, Vinales hasn’t troubled the podium while Quartararo has won three times and leads the championship by 22 points.

Vinales said after Germany he is feeling disrespected by Yamaha in how it is handling his current situation, admitting on Thursday at Assen that he has “given up” on a number of occasions this year and will now copy Quartararo’s bike set-up after initially rejecting this idea.

Speaking in an exclusive interview with Motorsport.com, Quartararo heaped praise on Vinales’ ability as a racer but feels on the difficult days he has to “try to save” his weekends by accepting finishing in lower positions than he is capable of achieving.

“For me, Maverick is one of the best riders of the championship,” Quartararo said.

“When he is fast, he’s so difficult, almost impossible, for everyone to beat. I remember the start of 2017 with Yamaha, he won the two first races, then Le Mans.

“He’s just so fast, but sometimes a little bit inconsistent. But for me he’s one of the fastest guys I’ve ever seen on a track.”

Quartararo added: “He had some tough times, also in Mugello, in Germany. It was a little bit strange, but for sure he will be there this weekend.

“It’s one of his favourite tracks, but he just needs – for me – in the difficult moments try to save [the weekend], even if it’s for seventh position, or eighth or ninth or 10th.

“Because the bike was not able to win, I think, at Sachsenring, but it was not to make last. And I think in those moments… that was my problem last year.

“I was unhappy to finish 12th, 14th and I crashed, I pushed the limit. But in many races you have to fight for three, four points, five, even one.

“I remember in 2013 I won the championship by one point in the Spanish championship. But the problem he has now, honestly I have no idea.” 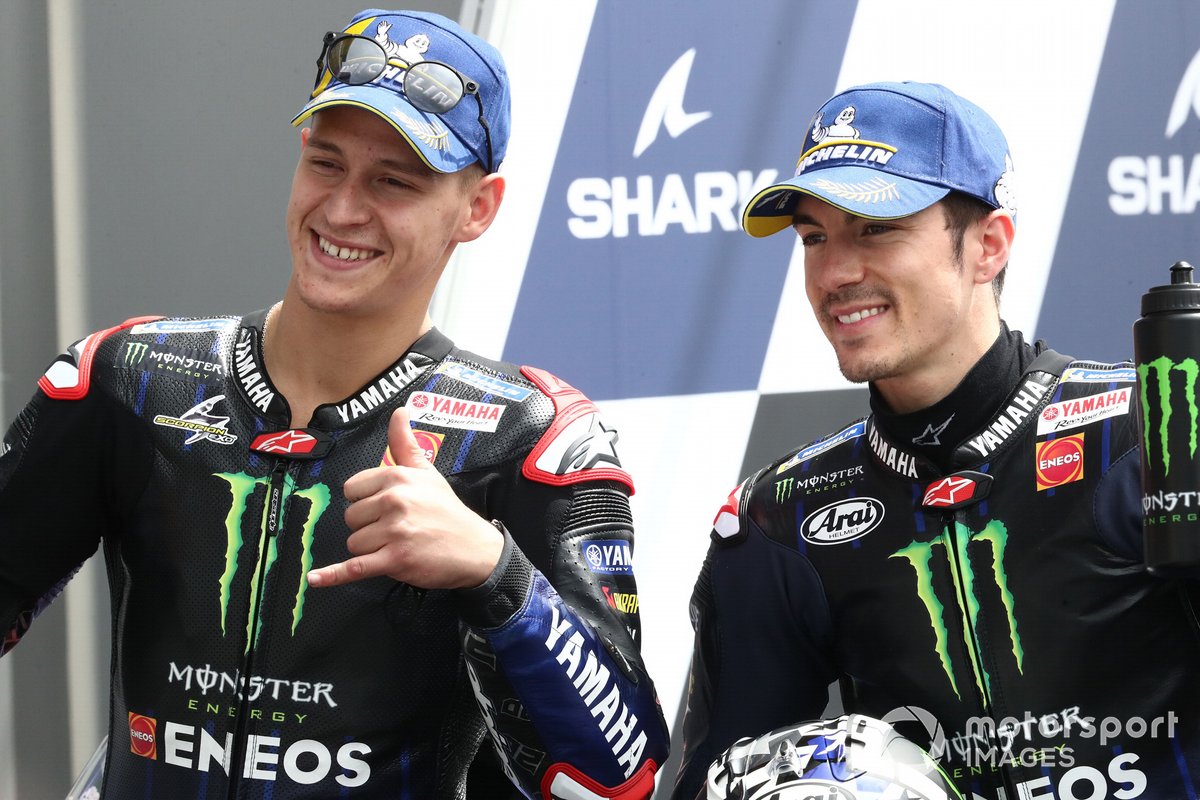 Vinales has gone through numerous tough phases since joining Yamaha in 2017, with the team swapping his crew chief out twice in the last five years in a bid to help him. The latest change occurred at Barcelona, when ex-Valentino Rossi ally Silvano Galbusera was drafted in to replace Esteban Garcia, who in turn was brought in to replace Ramon Forcada in 2019.

After Quartararo’s 2020 title tilt unravelled in spectacular fashion in the closing races, he worked with a psychologist over the winter – something he has done before in his career.

Each time he’s done this, Quartararo has made breakthroughs on track and the Frenchman noted that Vinales may benefit from changing his own mental approach.

“I think the most important thing on a team is the mental side, because if even if you have the best bike of the championship, if someone has put in your head or you have put in your head that the bike is not working, you are not going [to go] fast,” he said when asked if Vinales could learn from him in respect of mental approach.

“And even if sometimes you don’t have the best bike but you just say ‘I’m going to win, I’m going to fight for something great’, you will do better.

“It’s all about believing in yourself and try to go for it. It’s something that I learned from last year and I think it’s so important.”