Franco Morbidelli admits he was “a little bit shy” early in the MotoGP Styrian Grand Prix at Turn 2 a week after his horror Austrian GP accident with Johann Zarco.

Morbidelli escaped a near-200mph collision with Zarco at the fast Turn 2 kink without serious injury during the first Red Bull Ring race and was back on his Petronas Yamaha for the Styrian GP.

Though he said on Friday that he had no issues going through that section of the circuit, Morbidelli admits he was more cautious while running in the pack in the early laps of the race – but believes everyone was doing the same.

“I was a little bit shy in Turn 2,” Morbidelli admitted when asked if he was steadier through Turn 2 in the first few laps.

“But I think [I was ] like everybody, not just me, because I also saw Johann making a similar overtakes that he did with me in Turn 2.

“So I think that every rider after the accident was more careful in that corner.”

Zarco was handed a pitlane start for causing the collision, and eventually worked his way up to 14th having had to overtake Morbidelli at one stage.

Morbidelli concedes he was wary of Zarco passing him again at Turn 2, but says the Avintia rider came pace “very nice” at Turn 9 instead.

“Johann overtook me in Turn 9, clean overtake,” he added. “He braked and put the bike on the inside and he overtook me quite clean.

“It was much better an overtake compared to last weekend. I was hoping he wasn’t overtaking me in Turn 2. I was wondering a little bit, because clearly he had better pace, I saw him coming.

“I was wondering where he was going to overtake me, but he overtook me very nice and clean in Turn 9. He did a good job.”

Morbidelli ended up with just a point from his Styrian GP after finishing 15th, but takes it with “great pleasure” considering the events of the previous week’s race.

“So, very difficult day, very strange weekend, strange in the sense that in the practice it looked like we had decent pace to go for fifth, sixth, seventh position, something like that.

“I got a good start, but then I made a big mistake out of Turn 3 and I lost a lot of ground, and then from there on it was difficult because I had to ride according to our weak points.

“Difficult race because of that, but I was able to get one point and I will take this point with great pleasure because last week I was in a completely different situation after the race.” 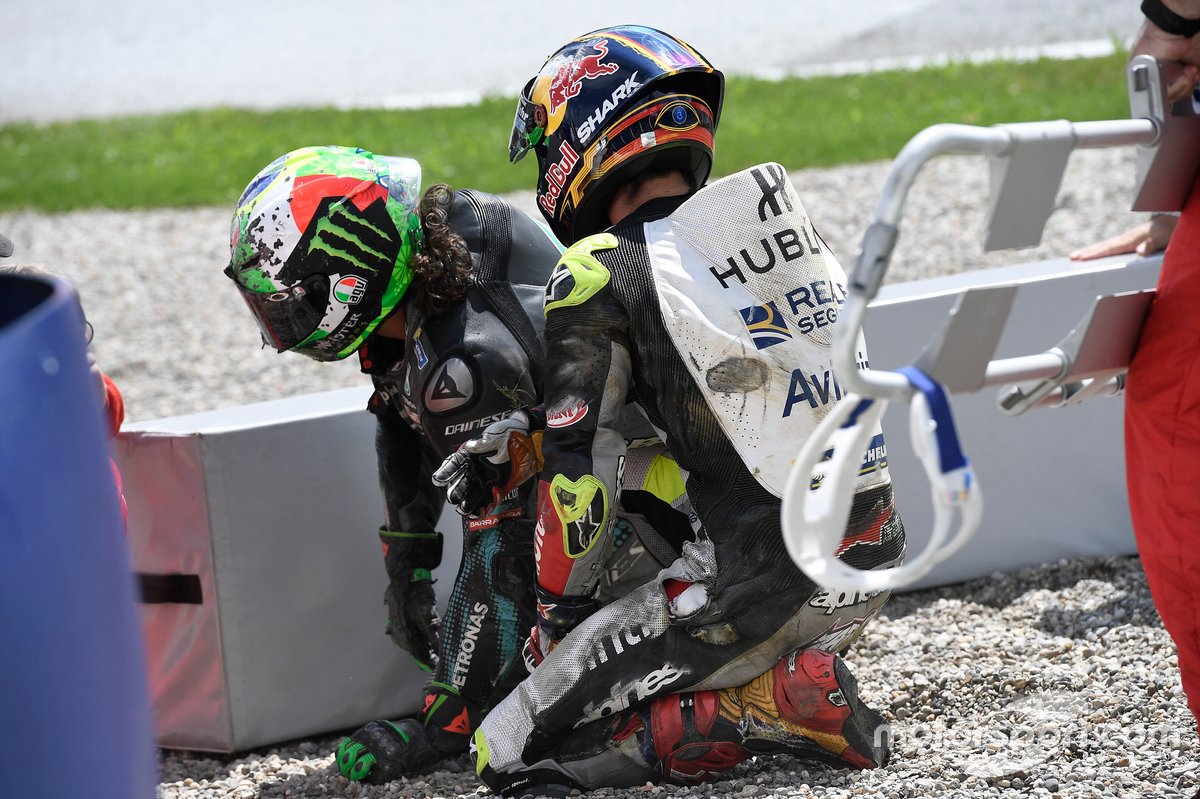