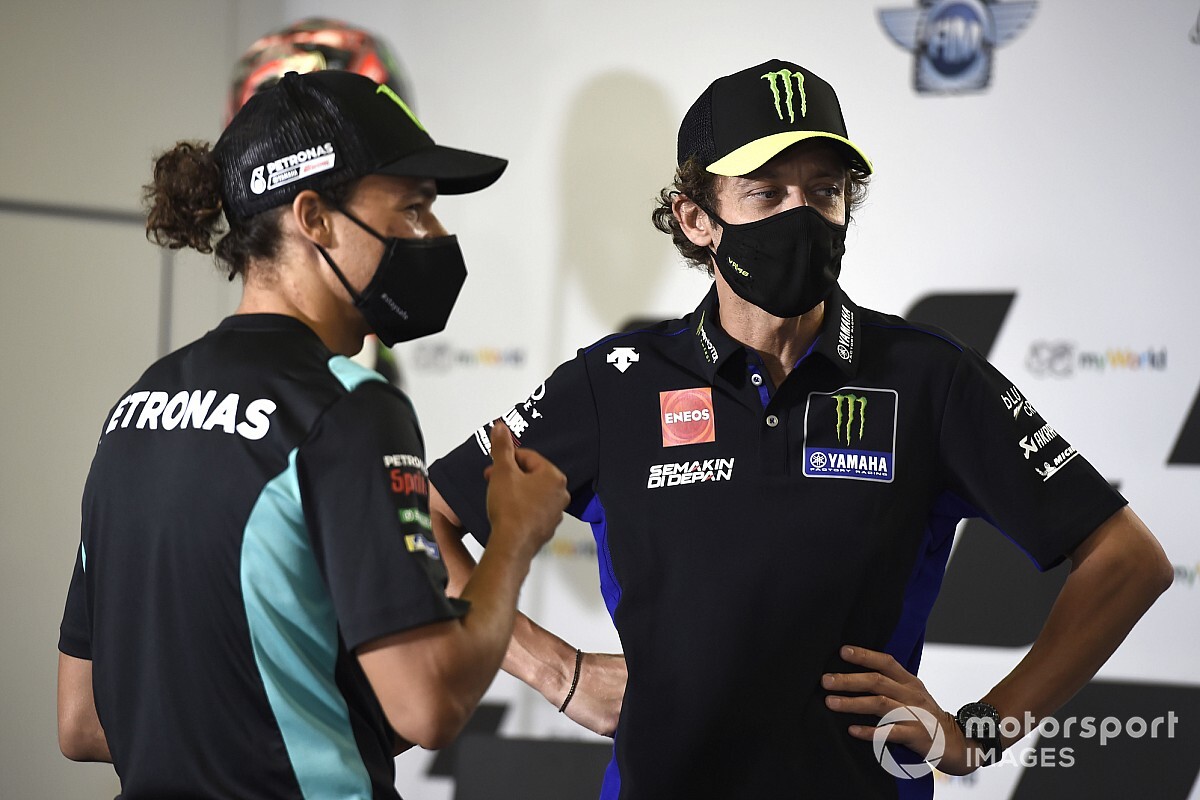 Franco Morbidelli says he is “looking forward to fighting” with his mentor Valentino Rossi next year when both become MotoGP teammates at Petronas Yamaha.

He will join his VR46 Academy protege Morbidelli, who was re-signed by Petronas earlier in the year for the next two seasons.

Morbidelli was the first of Rossi’s Academy riders to win a world championship when he won the 2017 Moto2 crown, and was the first to make it to MotoGP when he joined Marc VDS on a Honda in 2018.

The Italian fended off an early challenge from Rossi during the San Marino Grand Prix to claim his first premier class victory last month, doing so on what is essentially a 2019 Yamaha.

Rossi and Morbidelli are incredibly close off-track, but the latter says he “just thinking about putting my tyres in front his” when they share the same garage in 2021.

“And this is what I'm always looking forward also right now. I mean, when I when I cross swords with Vale on track, it is a different feeling.

“It's always nice I always do it with a smile on my face, and it's quite a different thing to do. It never happens that you're fighting with somebody on track, especially on a MotoGP track, smiling. But I find myself smiling quite sometimes when I fight against Vale.

“So, I'm really looking forward for those moments and I hope that there are going to be many more this year and in the next year as well.

“I'm not looking forward to showing him what I've learned because I don't think about that. I'm just thinking about putting my tyres in front of his tyres. And this is what I want to do.

“Also, to show him that he made a good choice in believing in me when I was a young kid racing in Superstock.”

Morbidelli currently holds an outside shot at fighting for the title this year, after fourth place in the Catalan GP put him into fifth in the standings and 31 points adrift of Petronas teammate Fabio Quartararo.

However, the Italian said after the race that his speed deficit relative to the 2020 Yamahas made him re-evaluate his chances.

How pressure management can win the MotoGP title