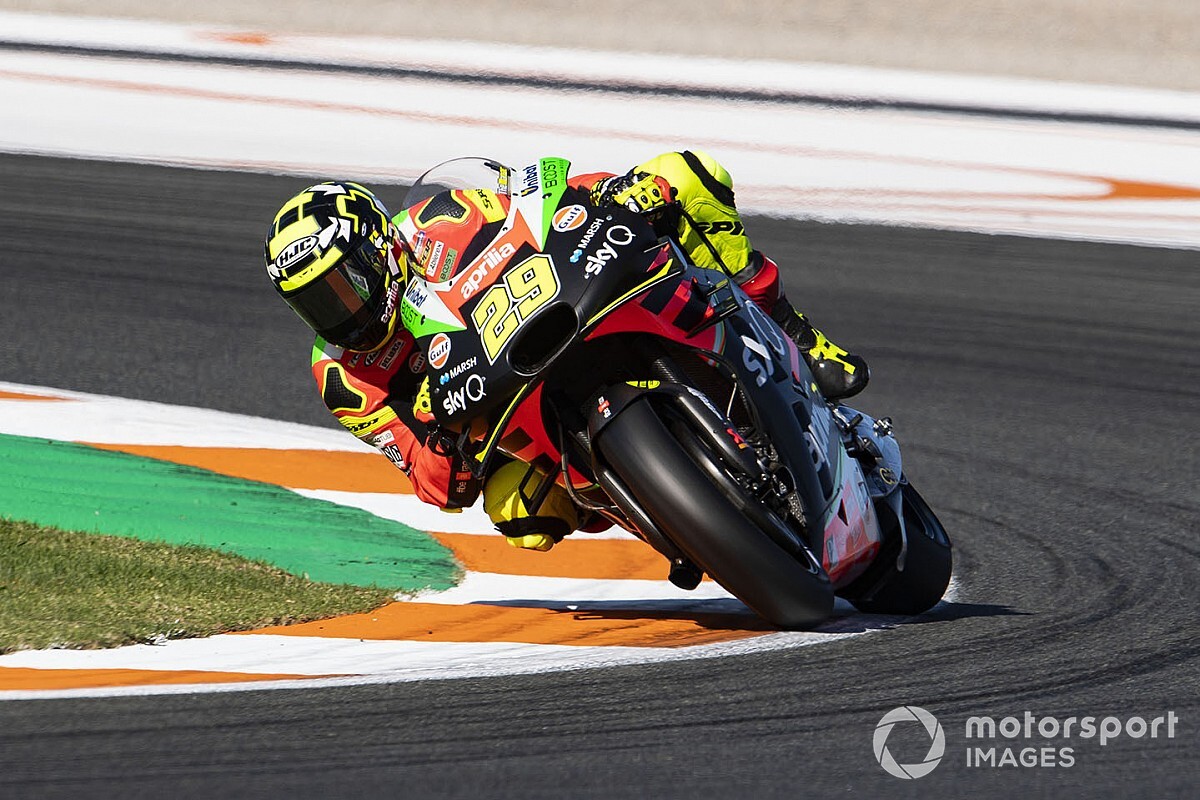 Andrea Iannone's lawyer has stated he is "confident" that a verdict on the Italian MotoGP rider's appeal against his 18-month doping ban can be achieved by July, when the season is due to begin.

Aprilia rider Iannone was handed the ban at the start of April after testing positive for an anabolic steroid during last year's Malaysian Grand Prix, but has always maintained his innocence and vowed to fight the judgement in the Court of Arbitration for Sport (CAS).

The Italian's lawyer Antonio de Rensis revealed Iannone's appeal will be filed early next week, and says it's possible a verdict could be reached in as little as two months should CAS decide that there is no need for an additional hearing.

MotoGP promoter Dorna on Thursday unveiled plans to get the season up and running in Jerez with a pair of races on July 19 and July 26, raising the prospect that Iannone could be back in action by the time the campaign commences.

"By Monday or Tuesday of next week at the latest we will lodge an appeal to CAS with the grounds for the first-instance judgement," de Rensis told Sky Italia.

"We will certainly file the appeal by May 15, at which point the FIM has 20 days to respond to our arguments. After that, the CAS judges take the files in hand and if they establish that there is no need for a hearing, I trust that in two months we can reach a decision.

"If CAS should decide for a hearing, there would be a delay, but not by much more than a month, a month and a half at worst. But, given the grounds, I believe they can decide based on the documents without calling a hearing.

"In the best-case scenario at the end of July we could have a ruling, in the worst case immediately after the summer. In short, we trust that by the time the championship will probably start, Andrea has already had the final ruling."

De Rensis added that given the FIM's own ruling stated that Iannone's positive test came as the result of eating contaminated meat consumed in a hotel at Sepang, he believes his client deserves to be "totally acquitted".

He explained: "There is a point on page 15 which, in our opinion, should determine the conclusion of the trial with an acquittal because the judges, and I quote, 'also take note of the statements in the documents submitted by the rider concerning the high-class hotels where the rider ate his meals and where no contaminated food is expected to be found. It follows that the rider's diet depended on the food available in the hotels and he did not have many other choices for meals.'

"You have to tell me, in front of these words of the judges, how you can give someone an 18-month suspension. They say that he did what he had to do, he had no other option to eat."

Mir no longer sees himself as Suzuki number two