Maverick Vinales says he is “very sad” the 2021 MotoGP season is ending this weekend as his campaign “started very late”, referencing his switch from Yamaha to Aprilia.

The Spaniard made a winning start to 2021 in the Qatar GP on the factory Yamaha, but struggled from that point on, with the relationship between both parties breaking down irreparably over the ensuing months.

Vinales was dropped by Yamaha mid-season following a suspension from the Austrian Grand Prix after he was found to have deliberately tried to damage his M1’s engine in the Styrian GP – something he said was a result of frustration boiling over.

The nine-time MotoGP race winner ended up at Aprilia from the San Marino GP onwards, making steady progress in adapting to the RS-GP and scoring a best of eighth in the Emilia Romagna GP.

When asked by Motorsport.com ahead of this weekend’s Valencia GP how he would sum up his chaotic 2021 season, he said: “I have to say that I’m sad that the season is finishing, honestly.

“I’m very sad, I wanted to continue racing. Yeah, my season started very late, honestly, and I think it’s a season to learn.

“We have to learn everything. So, I learned quite a lot, I take the things in a different way and that’s important.

“So, we have to keep working. We have a very nice challenge, so I hope December passes very fast and we are in February [soon] so we can get on the bike.” 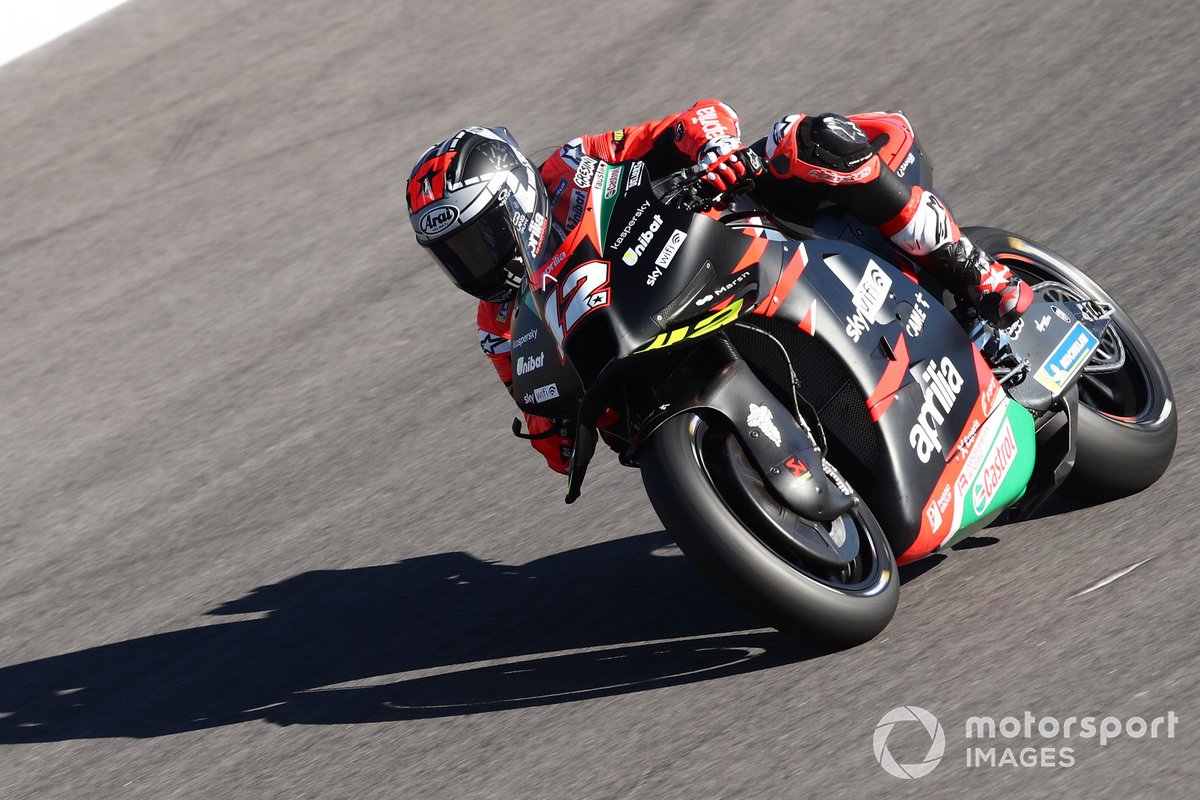 After his first test on the Aprilia at Misano in late August, Vinales said it was the happiest he’d ever been in his grand prix career.

When asked if he was happier at the end of 2021 than he was at the start back in March when he won a race, he added: “Yeah, I’m very happy honestly, in life and here in the paddock, which is always good.

“Many things happened, but in the end I can race, I can be on a great factory and a great team and this is the most important thing for me right now.”

Rossi: Becoming an “icon” in MotoGP “the best thing of my career”