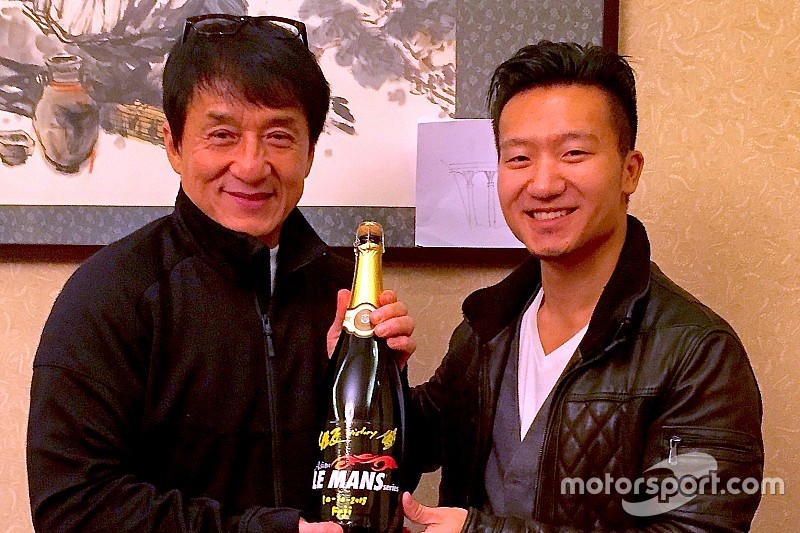 The Hong Kong actor and stuntman has joined the list of film and TV heroes to get involved in the 24-hour classic.

Chan is a founding partner in the BAXI DC Racing team that dominated the LMP3 class of the Asian Le Mans Series in the 2015/16 season.

On Friday, Sparkle Roll Group-Jackie Chan DC Racing, which has entered the FIA World Endurance Championship, was also announced in the 60-car entrylist for this year’s 24 Hours of Le Mans.

The team will campaign an Alpine A460-Nissan in LMP2, again with Cheng and Tung as two of the drivers in the lineup.

Thus Chan joins the likes of Steve McQueen, Paul Newman and more recently, Patrick Dempsey, as a film and TV star to become a participant in the French around-the-clock classic.

Said Chan: “Following a great performance by our team in the Asian Le Mans Series, I am happy that we will have the privilege to race in the WEC, and of course the 84th edition of the 24 Hours of Le Mans.”

The 61-year-old Chan, who starred in the Rush Hour franchise alongside Chris Tucker and the 2010 remake of The Karate Kid with Jaden Smith, is a known motorhead and racing fanatic.

But his film roles stretch as far back as being a martial arts expert and stuntman in early ’70s Bruce Lee classics such as Fist of Fury and Enter the Dragon. Chan has even starred in a racing movie – 1995’s Thunderbolt.

“I will support Chinese motorsport and driver development,” said Chan, “so I created the team together with David Cheng.

“[Now] I look forward to personally attending this year’s Le Mans 24 hour race to support my team and my compatriot drivers David Cheng and Ho-Pin Tung.