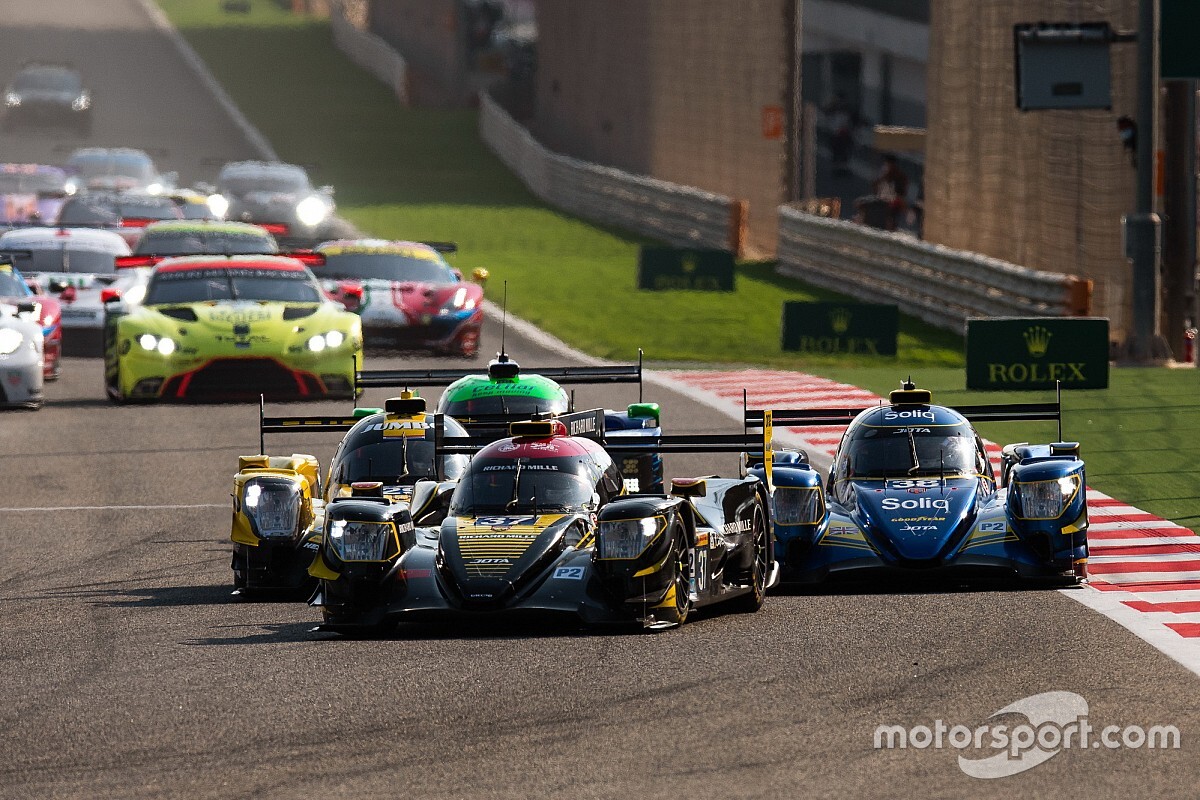 The 2019/20 Formula E champion was pushed off the track in the JOTA Sport Oreca-Gibson 07 he shared with Anthony Davidson and Roberto Gonzalez as he and Aubry battled for the lead with less than 10 minutes of the eight-hour race left to run.

Aubry's JOTA-run Jackie Chan DC Racing entry co-driven by Will Stevens and Ho-Pin Tung made contact with the sister car at T10 behind the pits before the Frenchman cemented the class lead through Turns 11 and 12.

"It was a slightly aggressive move: he saw his opening and used me to make the corner," da Costa told Motorsport.com.

"In the same situation I would probably have done the same, so hats off to him for making the move.

"I wouldn't be a winning racing driver if I was happy to finish second, but I have no complaints with Gabby's move."

"I did close the door, but I guess I should have closed it a bit more."

Aubry explained that he needed to seize his chance after da Costa was baulked by a GTE Am Ferrari.

"When you see an opportunity, you have to go for it because you don't know if you are going to get a second one," he said.

"I think I surprised him by getting past the Ferrari before the corner.

"I could see he was struggling with his tyres, but I knew that at this track it was always going to be hard to get past him."

The two JOTA cars were in contention for the win throughout the Bahrain 8 Hours, battling with the United Autosports Oreca of Paul di Resta, Filipe Albuquerque and Phil Hanson until it was delayed by a fuel pick-up problem in the sixth hour.

Da Costa closed down Aubry through the penultimate stint and then leapfrogged him in the pits at the final stops.

But the Portuguese driver had taken more out of his Goodyear tyres in reducing a gap that stood at just under 10s when he and Aubry took over their respective cars.

"I was in trouble with my tyres, but I knew I would be because my chance was to push hard and get ahead of him when we stopped," explained da Costa.