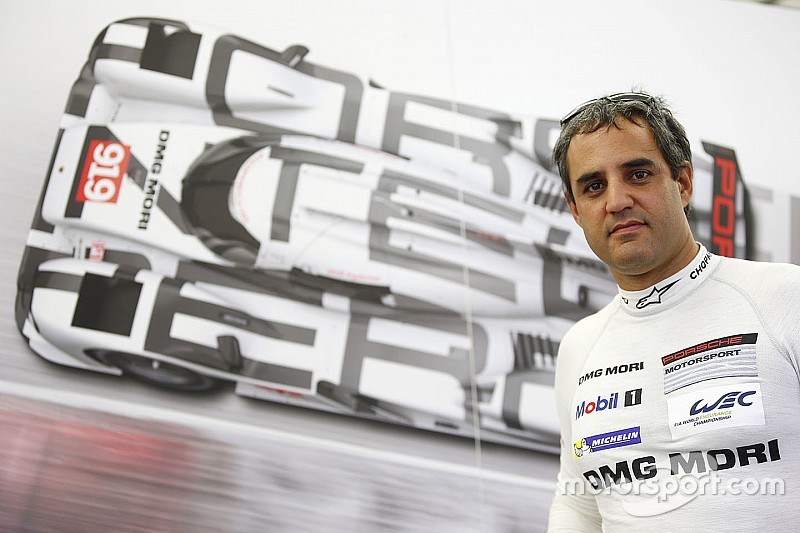 Two-time Indy 500 winner and former F1 star Juan Pablo Montoya is open to an attempt at the Le Mans 24 Hours, but says he would only do so with a potentially race-winning team and car like the factory Porsche squad.

Speaking after he tested the WEC championship-winning Porsche 919 Hybrid at Bahrain on Sunday, Montoya would not commit himself to trying the French sportscar classic, but admitted he has the desire to race there in the future.

“I think it would be a cool race, it would be something to do and to get the win there would be cool,” said Montoya. “If I have the opportunity to do it, why not?

“To be honest, we haven’t even talked about it. I don’t know, I’m really happy with IndyCar where I am with the team and everything.

“I think a lot of people assume because I’m doing this test I’m doing Le Mans, but there’s not even talk about it.

“For this, the whole experience and being in fast cars, yes, that would be cool. At this point today, I couldn’t tell you – I’d be lying to you if I told you I had any idea.”

Montoya has raced seven times in the Daytona 24 Hours with Chip Ganassi Racing, winning the American endurance classic three times. He said that the LMP1 car was in a different league to the Daytona Prototype he raced.

“Daytona was easy,” he said. “This car is very different to the Daytona Prototype I used to drive – I used to tell people, not in a bad way, but it was like an indoor kart. It had a bit of torque, and you could get it sideways and it was predictable, but it was hard because the GTs kept getting better, so it was really hard to pass people."

When asked if he would consider a fulltime switch to the World Endurance Championship when he was finished with IndyCar racing, he replied: “I don’t know, if they wanted me – maybe.

“It’s one thing what you want, and another thing that you have. Ask anybody in GP2 what they want to do and 70% would say F1 and 30% would say this.

“At some point, if this was available in the future, then it’s something you can look at.

“At this point in my career, I do it because I love it, I don’t have to be racing. I like to win and beat the hell out of people, and that’s it. Simple.”

Montoya added that the high performance of the Porsche 919 has impressed him, and likened it to an F1 car with an enclosed cockpit.

“If you think today what’s the most advanced-technology car, it’s this,” he said. “I think it’s ahead of Formula 1 in technology and everything.

“When you look at the car without the bodywork and everything, people talk about Formula 1 and the cockpits – if you want a cockpit on a Formula 1, you have it here. You really do. It’s pretty unbelievable.”