What can IndyCar do to gain some "stree creed?"

IndyCar’s credibility with sponsors, television, and the media is not, as most would agree, at an all time high.  Ovals are an endangered species; potential title sponsors for races are keeping their checkbooks in their pockets; television ratings are in need of resuscitation; and, if some people are to be believed, the mainstream sports media are cackling as they complete their nefarious conspiracy to relegate the IndyCar Series to the margins of sports entertainment.  What does IndyCar need to do right now?  It is obvious that the series needs some street cred.  It’s time for IndyCar to throw down. 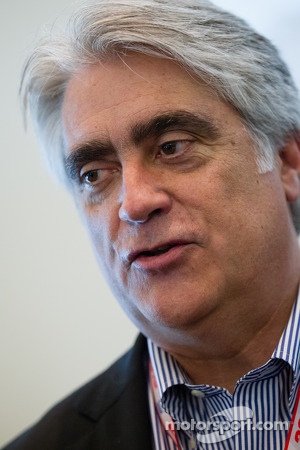 After looking up words in the Urban Dictionary to give this post a "street" flavor, I’ve come to the conclusion that not only can I not use any of those words without sounding hopelessly like an aging hipster, I can’t even use them ironically without sounding like I’m trying too hard.  Sometimes it really stinks to be so Midwestern suburban, yo.  See what I mean.  That’s the last time I throw in any urban argot, I swear.  In any case, IndyCar is beset on all sides by critics and reality.  The only thing to do is fight back.

Mark Miles started the IndyCar response by announcing that IMS would be hosting a road course race, the Grand Prix of Indianapolis.  He had on his Breaking Bad Heisenberg pork pie hat throwing up IMS and IndyCar gang signs to the audience saying, "If you ain’t down with a road course at Indy, then you ain’t down with IndyCar, yo."  Sorry.  I said I wasn’t going to that again.  That’s wack.  Anyway, Miles is doing what he can with what he has. He HAS the Indianapolis Motor Speedway.  To have an opportunity to use the facility, make a profit, and be on network television is money in the bank.  Hopefully that interest can be parlayed into more sponsorships and more races.  To many fans of the series, the down side to more races is that it may include more street courses. 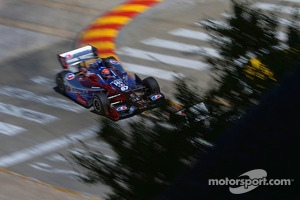 While I’m still waiting to see how a hotter-than-the-hinges-of-hell Houston in June race plays out next year, the Shell and Pennzoil Grand Prix of Houston had two things going for it: the names of Shell and Pennzoil in the title.  Any race, no matter where it is run, will be on the schedule if it brings the Benjamins.  Was Benjamins too hipster?  Sometimes the line between hipster and doofus is a little blurry.  In any case, IndyCar can only race where it is wanted, and it is only wanted where there is a chance to make money.  Just like a great athlete trying to come back from an injury, IndyCar has to rehab and train if it wants to compete at the highest level again.  If racing in a parking lot around the Reliant Center in Houston gives the series the exposure it needs to garner interest from Road America and Watkins Glen, then do it.  For the series, money is the name of the game.  And IndyCar needs to get back in the game.  How about that?  Was a The Wire reference to the game street enough without sounding all I’m-trying-too-hard-to-be-hip?

IndyCar really is the most diverse series in the world with its ovals, street courses, and road courses.  This IS the point that IndyCar needs to hang its pork pie hat on.  The series will never again be an all oval or mostly oval series.  That ship has sailed, and the taste of the fans has changed.  IndyCar has a great product for which it needs to find an audience.  An engaged title sponsor for the series, relentless selling by the yet-to-be-hired commercial director for IndyCar, and creative marketing by the series and race promoters are first steps to show television and sponsors that the series is a viable platform for investment.  If more street cred means more street races, I say bring on Providence, Rhode Island in two years.  As Andy Dufresne says in The Shawshank Redemption, "I guess it comes down to a simple choice really.  Get busy living or get busy dying."  It seems IndyCar has started to make its choice.  And I’m down with that.