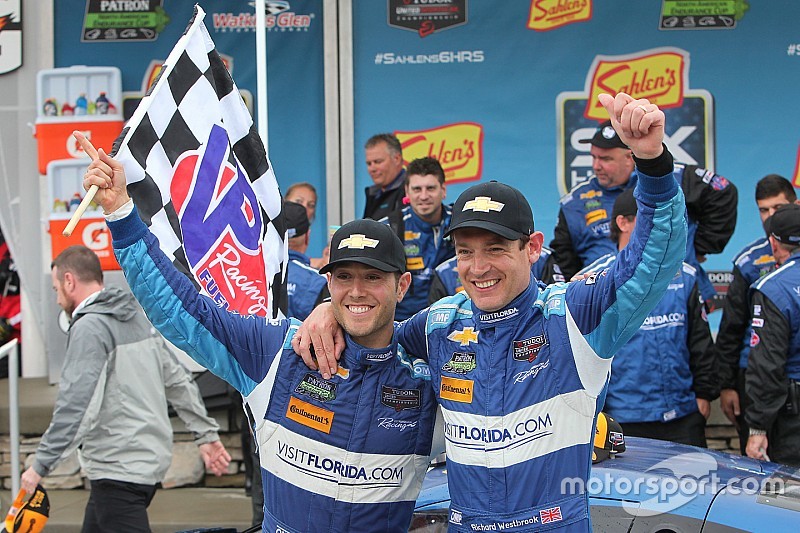 Visit.Florida.com team takes the Sahlen's Six Hours of The Glen.

WATKINS GLEN, N.Y. – A fast, often frightening Sahlen’s Six Hours of The Glen ended under the caution flag, as a late-race crash couldn’t be cleared in time to allow for a green flag finish.

But it’s still a win for the No. 90 VisitFlorida.com Chevrolet Corvette Daytona Prototype, driven by Richard Westbrook and Michael Valiante – the first repeat winner of the six-race season in the Prototype Class. The team also won this race last year.

The path to the win was cleared when leader Joey Hand, in the No. 01 Chip Ganassi Racing with Felix Sabates Ford EcoBoost Riley had to make a quick pit stop for fuel. And an hour earlier, the No. 10 Wayne Taylor Racing Corvette DP, driven by Ricky Taylor, spun on the soggy track and hit the tire wall, causing enough damage to end their day, dropping them to 28th overall in the 34-car field.

Second in Prototype was Hand and co-driver Scott Pruett in the Ganassi Ford, followed by Joao Barbosa in the No. 5 Action Express Corvette DP, co-driven by Christian Fittipaldi.

In GT Le Mans, Wolf Henzler nursed the No. 17 Team Falken Porsche 911 RSR home on fumes, counting on the fuel-saving caution period to give him enough gas to complete the race. Behind Henzler and co-driver Bryan Sellars was Earl Bamber in the Porsche North America 911 RSR, which he shared with Nick Tandy and Patrick Pilet.

Winning the GT Daytona class was the No. 93 Viper Exchange Dodge Viper SRT, driven by Al Carter, Cameron Lawrence and Marc Goosssens. They were followed by the No. 44 Magnus Racing Porsche 911 GT America of John Potter, Marco Seefried and Andy Lally.

The six-hour endurance race started under damp conditions, but the track soon dried, making it tough for teams to decide whether to use rain or slick tires. The rain fell lightly and intermittently through the day, until the last hour, when it began falling hard. Conditions were so bad the race was red-flagged to allow track workers to try and sweep the standing water off the track, and then racing resumed. 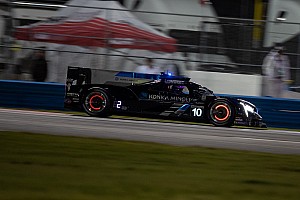 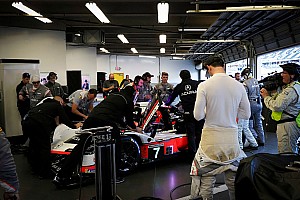 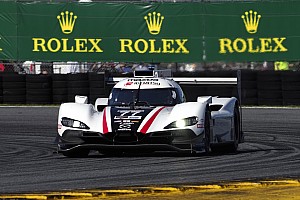 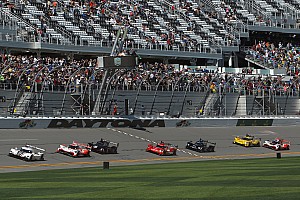