Petit Le Mans a must win for WeatherTech Racing 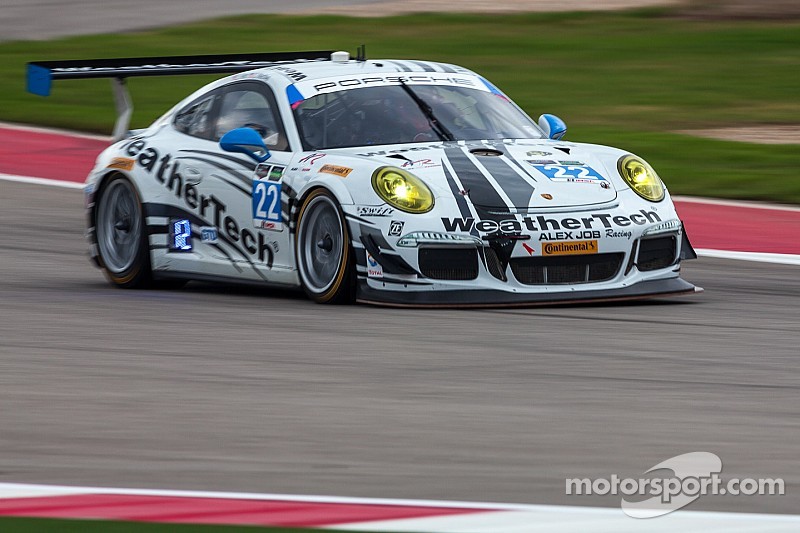 With just 10 hours, or 1000 kilometers whichever comes first, left in the TUDOR Championship Keen (Charleston, S.C.) and MacNeil (Hinsdale, Ill.) are going in with the mindset of must win. The duo have driven to eight top five finishes in nine races, with only one podium at Road America. The pair are counting on the Alex Job Racing team that is well versed in endurance racing to put them in a position to win the GT Daytona championship on Saturday. The team trails the Turner Motorsports BMW Z4 team by four points. With the third place Ferrari of AIM Autosport just seven points back and the Miller Racing Audi 16 points out. The WeatherTech Racing team is headed to Petit with just one goal - win!

"A win at Petit Le Mans is something that I think is imperative to winning the championship," MacNeil said. "We are only four points out of the lead and I think that is pretty good considering our roller coaster of a season. We will have to have a flawless race in order to secure the win. We will need to drive aggressively, but smart because we need to last for 10 hours. We tested at Road Atlanta and went pretty quick, so I am looking forward to a good race come the weekend."

Keen tested with the team at Road Atlanta last Friday.

"Well it's all down to just Petit," Keen said. "That's really what we wanted. With only four points out of the lead going into a 10 hour race we are in a great position to win the championship. Our consistency with top five finishes has paid off, but now it's time to win the race if we want to win the championship. We, of course, have to stay clean to win the race, so that's always a priority. But in the closing hours we will get more aggressive to go for the win. Cooper and I started on pole two years ago at Petit, so we hope to do the same again and then run up front all race. Alex Job always preps the cars well and that really shows in the longer races. Our WeatherTech Porsche has been so solid all year I know we will have the same great car at Petit. Everything has to come together just right to win a championship and we have the team to make it happen. If we went back to the beginning of the year at Daytona and you told me that we would be in the fight for the championship win going into Petit I am not sure I would have believed you. It just goes to show the dedication and skill from the team and the awesome support from WeatherTech."

Craig Stanton (Hollywood, Calif.) rounds out the driver line-up and brings a lot of experience including a 2005 Petit Le Mans GT Class win.

"I've won the race before with Petersen White Lightening," Stanton said. "I have competed against Alex Job for a lot years and have always wanted to drive one of his cars and I am thankful for the opportunity. Although I am in very much a support role, I am bringing my A+ game this weekend. Cooper and Leh are in a championship fight and I am looking to be the ultimate team player to help them get to the finish line first and win the GT Daytona Championship. This is a great opportunity for me and I am thankful to Alex and WeatherTech for the drive."

"With the way the Porsche has been matching up to the competition all season, we knew early on we would have to rely on consistency," Job said. "Cooper and Leh have put together a nice string of top five finishes and that is what has us in contention for the GTD Championship heading into the final race. Craig brings a lot of experience to the team and has a lot of Petit Le Mans laps under his belt. We were in a position to win Sebring until the unfortunate set of circumstances with the officiating interrupted what we thought would have been a win.  We have managed to come back from that low point with a chance to get back, on our own, what was taken at Sebring."

The TUDOR United SportsCar Championship Petit Le Mans finale will be streamed live starting at 11:00 a.m. ET Saturday at imsa.com beginning with the green flag on Oct. 4 at 11.am. ET.  FOX Sports 2 will pick up the race in progress at 3 p.m. ET. Live streaming can be viewed at IMSA.com or on the FOX Sports GO mobile app. The live radio broadcast will air on the Motor Racing Network on IMSA.com, MRN.com, SiriusXM NASCAR Radio (Channel 90).

Two championships in sight for Ferrari at Petit Le Mans