Team Redline’s Jeffrey Rietveld has won the first Formula Pro Series round for 2022, breaking the Mercedes-AMG and Bono Huis stranglehold.

They first took to the Belgian asphalt for a 15 qualifying session, and all eyes were on Bono Huis who won every single race last season.

Series debutant, and two-time F1 Esports Series Pro champion, Jarno Opmeer, qualified in fifth. Despite their best efforts, no one could topple the 2022 24 Hours of Le Mans Virtual victor who delivered the quickest time at Spa two years in a row.

Off the line at the start of the 60-minute race, Csincsik had the best launch, only to be borked by pole-sitter Rietveld. This allowed Maguire to run around the outside of the R8G driver at La Source and sit on the tale of the leader. 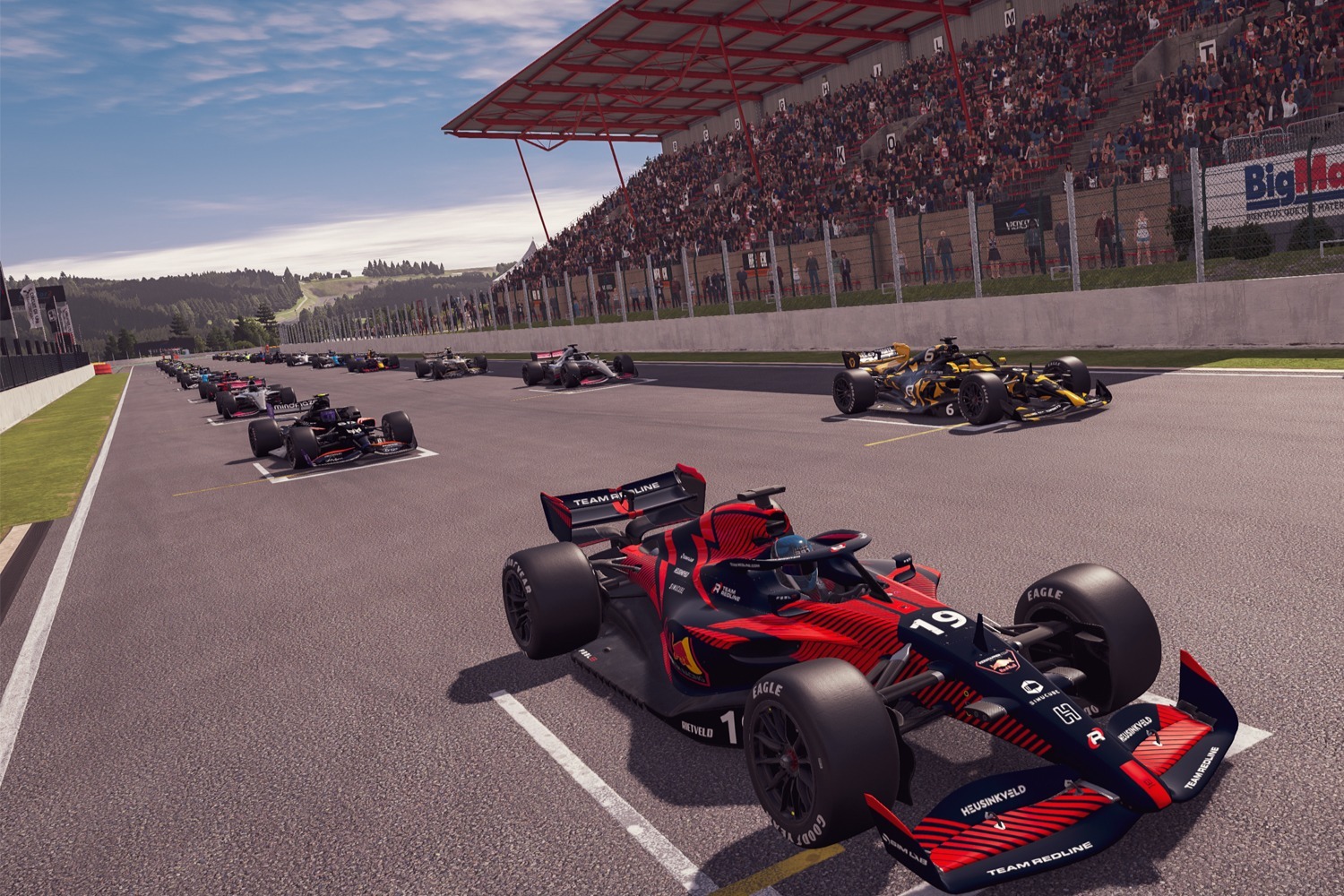 Meanwhile, further back in the pack, Michi Hoyer was squeezed by Liam de Waal onto the grass but was able to regather control. However, he then speared into the side of Collin Spork at the first corner. All cars were thankfully able to continue, but Hoyer received a 10-second post-race time penalty.

On the third lap, reigning champion Huis started to march forward in what would ultimately be an embattled race, nipping past Csincsik at Malmedy.

Team-mate to the leader, Kevin Siggy, moved forward too, overtaking Jernej Simončič for sixth before Les Combes. Team Fordzilla driver Nuno Pinto who qualified 24th then span at Double Gauche, smashing into the barrier and retirement.

Then, disaster for the pre-season favourite. With 10-minutes complete, Huis started falling back, losing third to Csincsik on the exit of La Source, then running wide at Bruxelles and dropping behind Siggy. Before long, he dropped behind Simončič and the two BS+Competition drivers of Muhammed Patel and Ibraheem Khan. 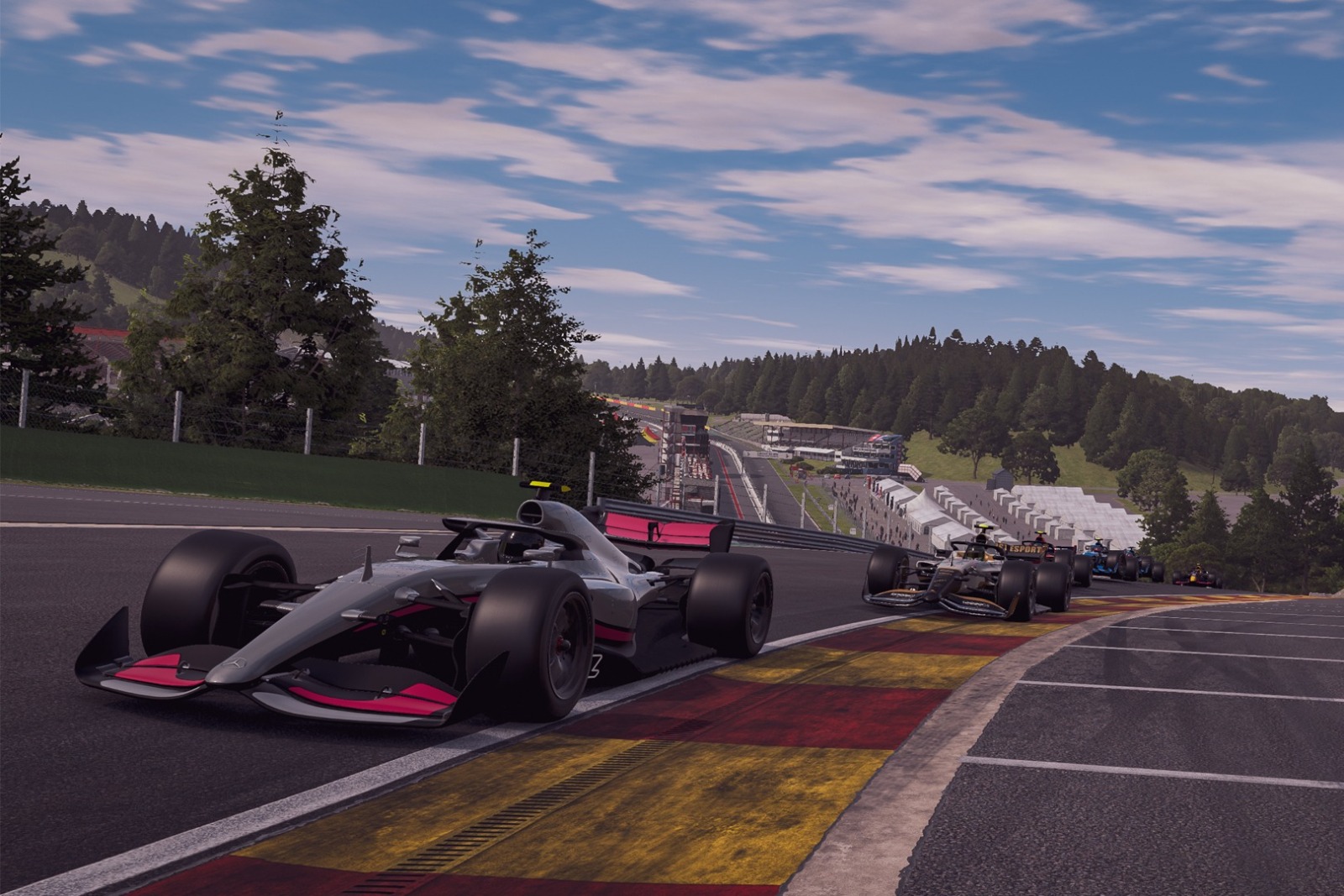 Huis’ Mercedes-AMG teammate Opmeer then retired with a technical issue. But, with 44 minutes left, Huis started his fightback from Mercedes-AMG’s nadir, getting by Khan in an aggressive move at the Chicane.

Csincsik was on fire at this point, and nearing the halfway mark he scythed past Maguire for second and started eating into Rietveld’s lead with consummate ease. It took only one lap for the Hungarian driver to catch up with the Dutch race leader, and he brought Maguire with him.

With 28 of the 60 minutes left, Simončič was the first to enter the pitlane alongside six other entrants to complete their mandatory visit.

On the next lap, the three at the front all pitted at exactly the same time. Huis followed, but Siggy stayed out for a lap longer. After it had all shaken out, Huis had jumped Siggy and Reitveld now had a three-second lead. 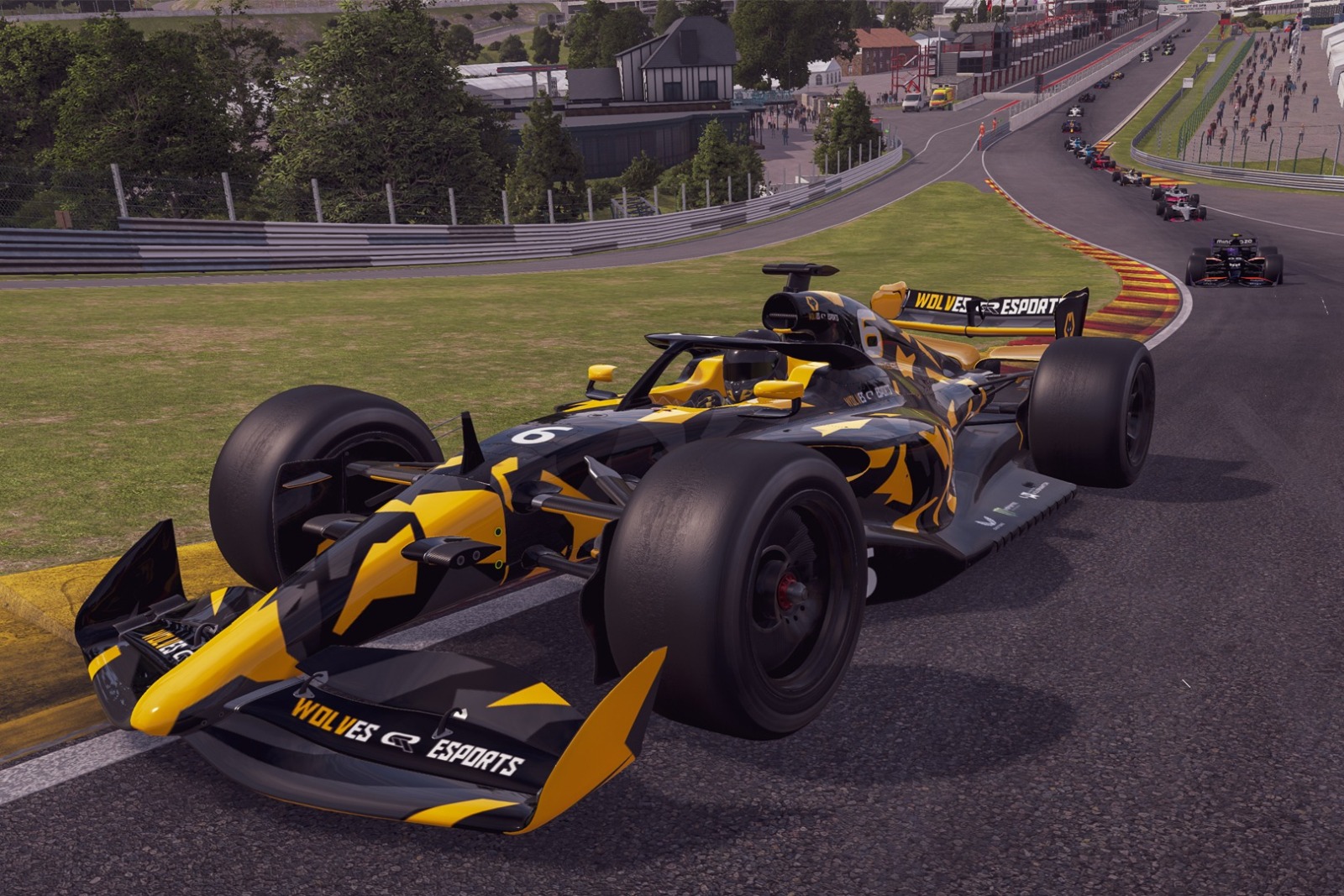 Then things got contentious as Huis tried to go around the outside of Maguire for third at Les Combes. The two rubbed wheels through the right and then again through the left, with the Wolves driver half-spinning and dropping to ninth.

In the kerfuffle, Siggy squeezed onto the podium and then chipped away at Csincsik in second. The 2022 DTM Esports champion then drafted by to make it a Team Redline first and second with 10 minutes left.

As the final laps approached, the battle for third was the main focus, with Huis once again banging wheels at Les Combes, this time with Csincsik. The positions remained the same. One lap later, Huis used the push-to-pass system for the first time in the race to fly by the R8G driver in a straight line. 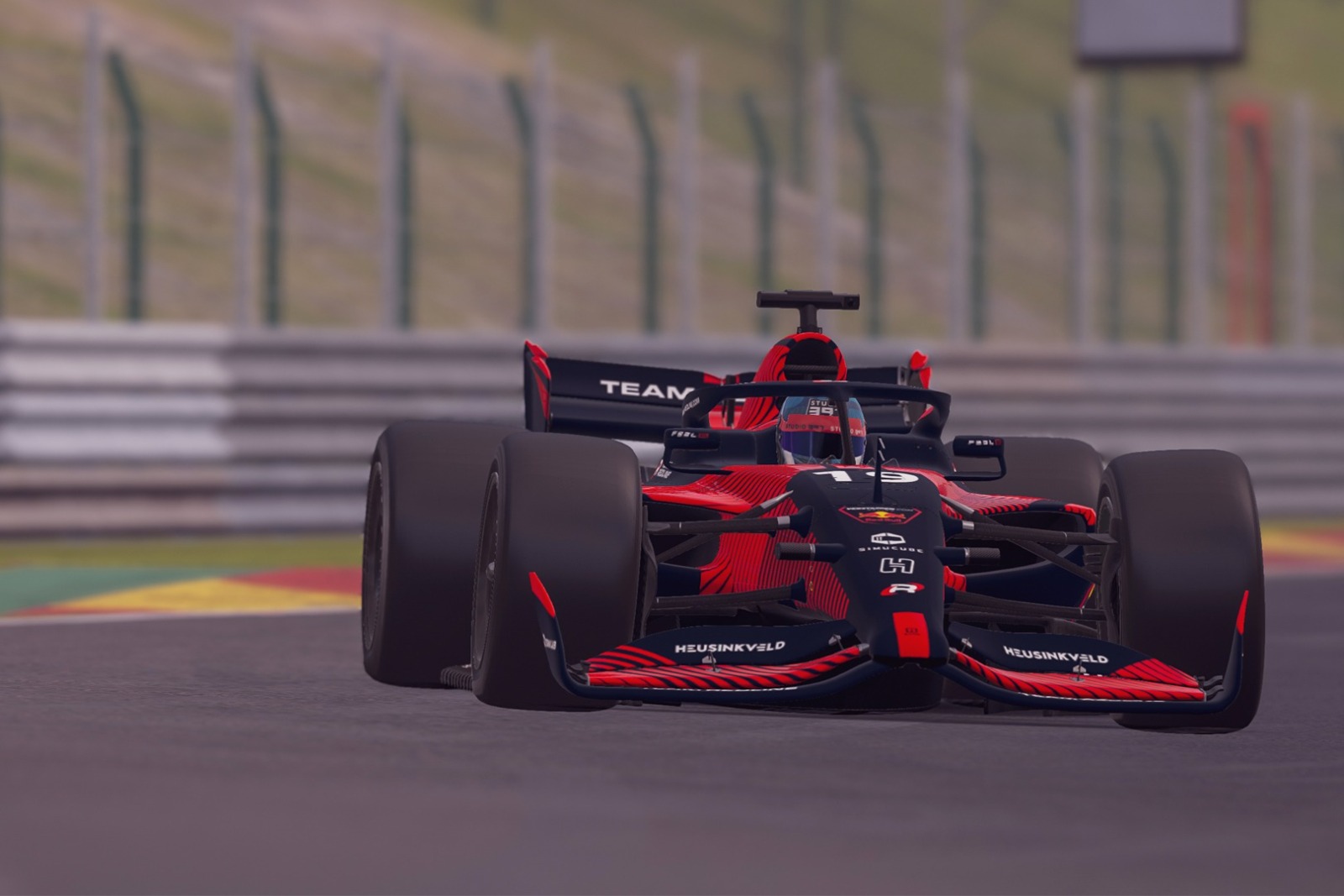 From there, the Team Redline – the team this year supported by Max Verstappen – controlled the final two laps to take a confident win, Rietveld ahead of Siggy.

For the first time in Formula Pro Series history, Huis and Mercedes-AMG had been bested, but still salvaged third.