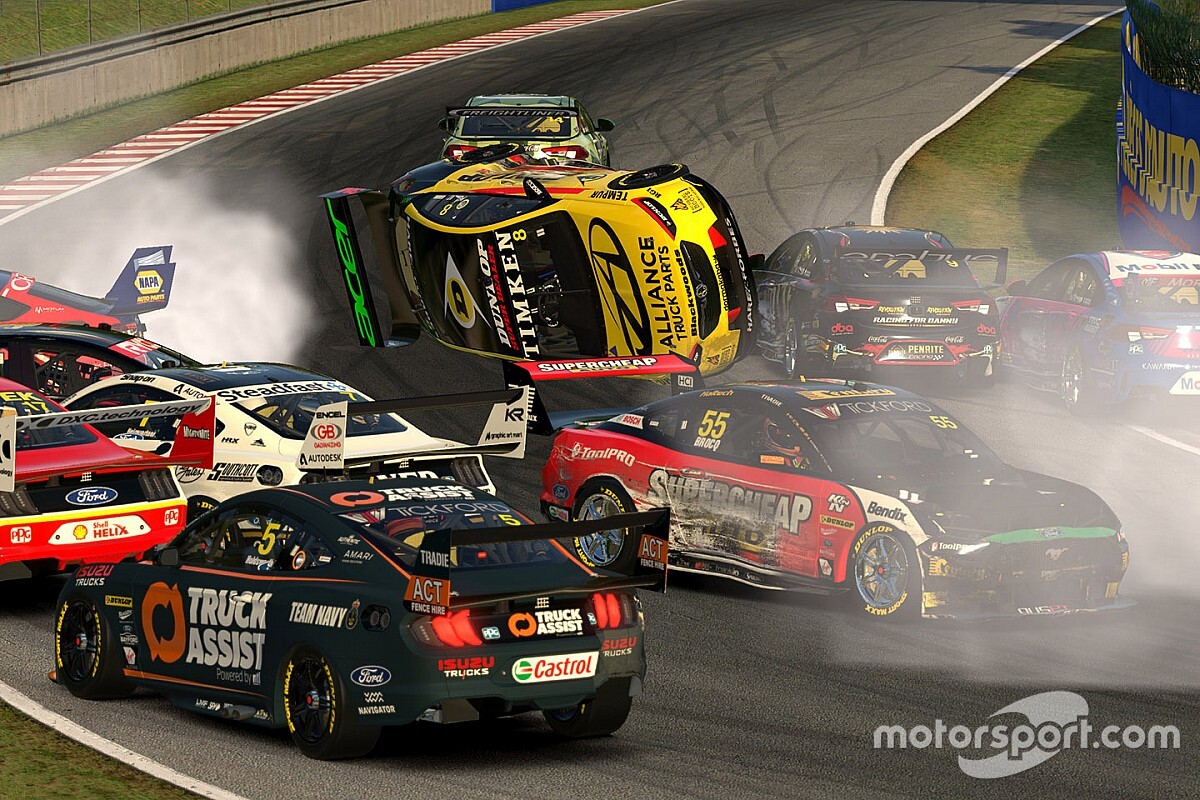 Check out some of our favourite bits of banter between the Supercars aces from the fourth round of the category's Eseries.

Mark Winterbottom gives Fabian Coulthard a gee up after pre-race practice in Montreal.

Will Davison hits the wrong radio button and almost spills the strategic beans on the open channel.

"I didn't want to move him that much. I just wanted to push. And then he had a massive moment."

Nick Percat asking one of life's big questions after some first-lap shenanigans in Race 2.

NP: "I think it's time to not do reverse grid races."
FC: "Nah reverse grids are mint bro. I'm loving it."

Jake Kostecki revs up Alex Davison amid a flood of questions to race director James Cowan about pitting behind the Safety Car.

AD: "Race control, are we allowed to pit at the end of this lap?"
JK: "For the 12th time..."
AD: "Well all you wankers were talking so much I couldn't hear what James was saying."

Shane van Gisbergen after copping a hit from Jack Smith.

"Jack Smith, you're an idiot man."

"Chris don't be a pain in the arse. Your car's got no rear wing on it."

Garry Jacobson looks for some help from a Watkins Glen race winner.

Cam Waters at the start of Race 3.

"Jack Smith. Look at his car. What a peanut."

Waters with a stern warning to Jacobson.

"Garry if you move again under brakes you're going in the fence."

McLaughlin and Lee Holdsworth rub panels at the Bus Stop at Watkins Glen.

"Mate, use a relative dude."

...and then immediately to engineer Richard Harris.

"God he's such a dickhead, that kid."