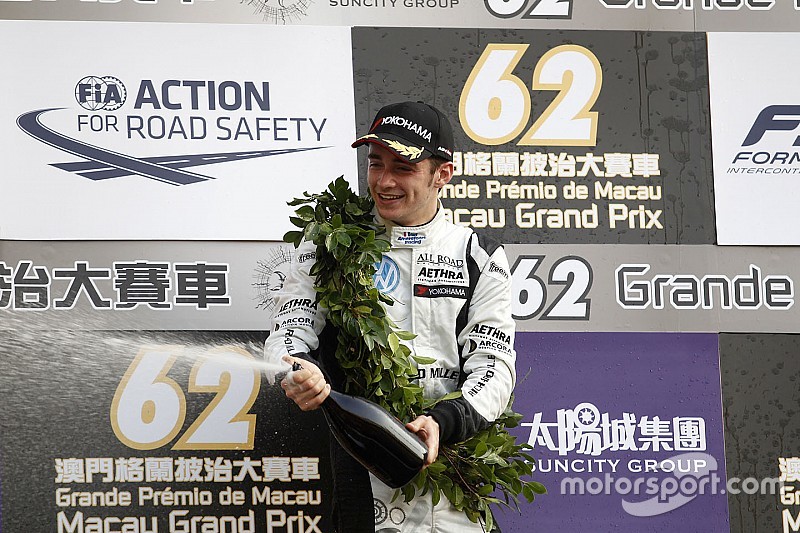 Macau Grand Prix sensation Charles Leclerc says his strong performance at the weekend was vital for getting his mental strength back after a difficult end to his European Formula 3 season.

Despite being a Macau rookie, the Van Amersfoort racer led the race twice and eventually finished second, delivering his team its first podium there.

And he said the strong performance was much-needed after his failure to finish in the top three since the Norisring event in June.

“It was really important for the mental strength of me and the team,” he told Motorsport.com about the Macau performance.

“So to come here with all the teams and start from zero, as basically you cannot test, and all the drivers start from zero apart from the experienced ones, it is a lot more equal for everyone.

"I am happy to finish here because it still shows that we are strong.”

When asked why he believed his season had tailed off, he said: “If I knew, I would have changed it to make it right again.”

Although Leclerc was leading in Macau when the red flag was called out for an accident, he slipped back at the restart when Felix Rosenqvist and Sam MacLeod drafted past him in to Lisboa.

That allowed eventual winner Rosenqvist to build up a small lead that he managed until the end – and Leclerc admitted that he had to work hard to get second back.

“MacLeod was especially fast on the straights, so I had to be really close,” he said. “He did an error in the last corner and that allowed me to take his slipstream and get passed him, otherwise I think I would have finished third today – so we took the best out of it.