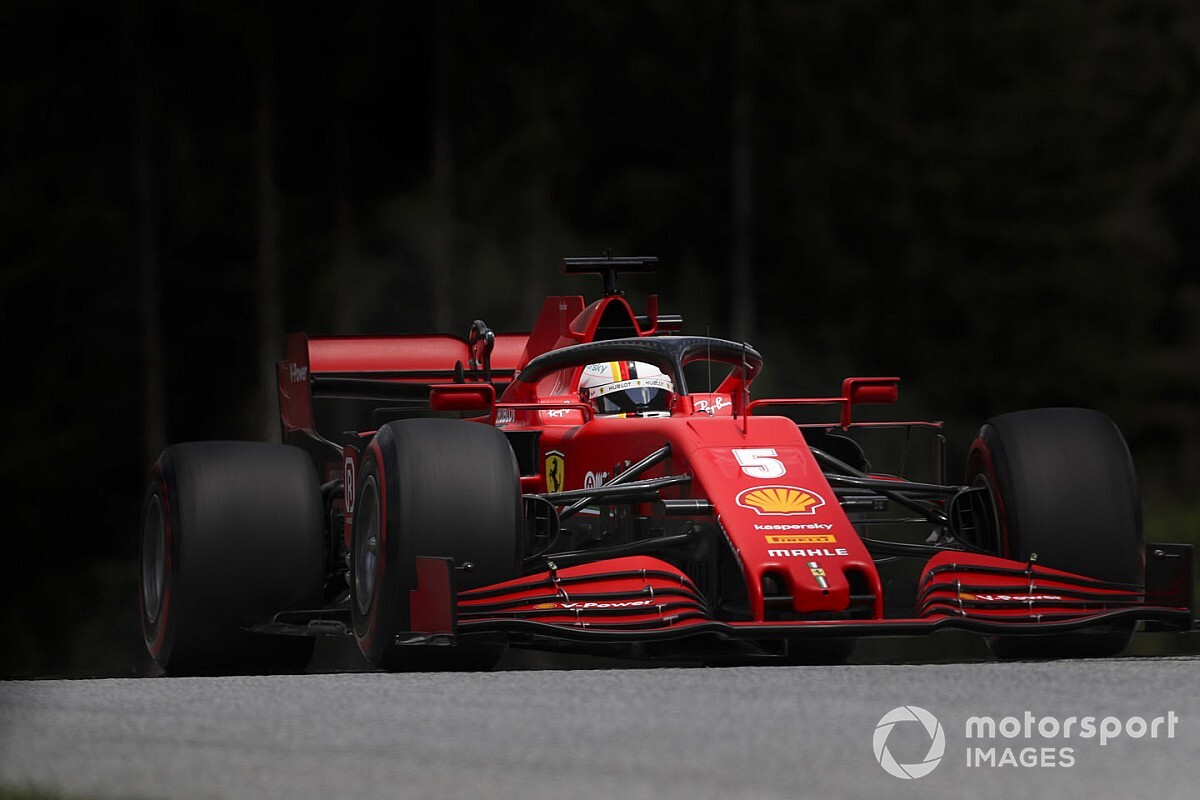 Sebastian Vettel has called Ferrari's disappointing performance in qualifying for the Austrian Grand Prix "a surprise" after being eliminated in Q2.

Ferrari was expecting to struggle at the Red Bull Ring after revealing it had delayed bringing any updates for its SF1000 car until the Hungarian Grand Prix, opting to change its aerodynamic approach.

But 12 months on from Charles Leclerc's charge to pole position at the same track, Ferrari got just one car through to Q3 after Vettel finished 11th in the second stage of qualifying.

Leclerc scraped through to the final stage of qualifying in 10th before ultimately finishing seventh in Q3, trailing cars from Mercedes, Red Bull, McLaren and Racing Point.

After learning he had only placed 10th in Q2, Leclerc told his engineer it was "crazy", while Vettel was also left shocked by Ferrari's struggles.

"Obviously it's a surprise," Vettel said of his qualifying performance.

"We thought we had a little bit more in hand, but it looks like the others were probably running a bit more fuel, a bit more conservative in practice.

Vettel was more upbeat about Ferrari's chances for the race on Sunday, believing the higher temperatures compared to Friday's practice running had worked against the team.

"I think with the track getting a bit hotter, it was a bit more costly for us today.

"It's a long race. I think in race trim we are always better. I think we will be there to make up some good ground and score some good points."

Leclerc only rose to P7 after improving on his second lap time, having been the slowest of the drivers to set a time during the first Q3 runs.

Valtteri Bottas scored pole position for Mercedes in Austria ahead of teammate Lewis Hamilton, with Red Bull also getting both of its cars in the top five.

Mercedes in its "own league" in Austria, admits Bottas