Steiner: F1 format experiments worth it as 2021 won't fix all 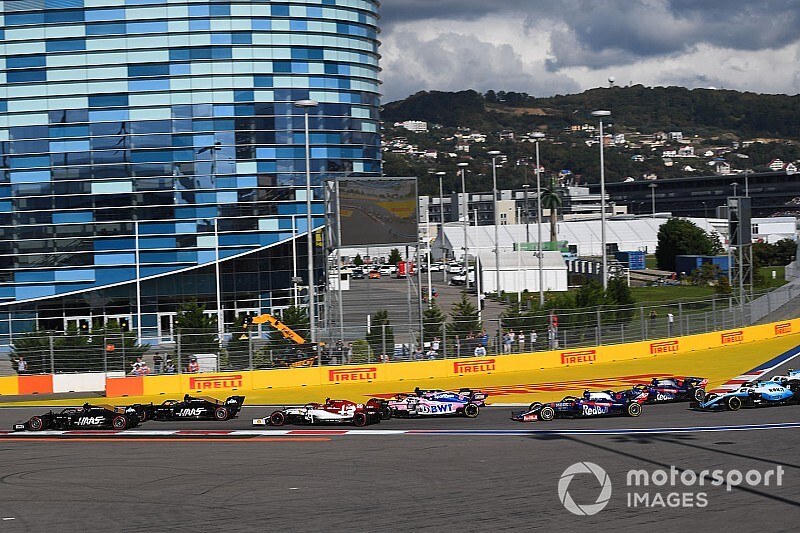 Haas team boss Gunther Steiner says Formula 1 experimenting with race formats in 2020 is worth it because the 2021 regulations won't be a cure-all for the championship's current problems.

Formula 1 bosses have been keen to trial revised grand prix weekend formats in 2020, but the proposal to try out with a reverse-grid qualifying race at select events was met with strong opposition from the championship's drivers.

Asked by Motorsport.com which side of the debate he fell on, Steiner said that he was "not against" format experiments but stressed it would be important for F1 to be "brave enough" to acknowledge if the new formats aren't working out.

"Sometimes you have to experiment because how do you otherwise find out if it works or not, if you don't try it?" Steiner said.

"I mean, we can do simulations - if we do simulations, we end up [saying] 'we're not going to do it', because there is a risk involved. Every change involves a risk, nobody wants change.

"So, I support it, with the caveat that, if it doesn't work, let's be honest about it and don't continue to do it.

"The drivers, where they are right is saying the field is not close together enough. I mean, we know that. What can we do about that? The budget cap.

The FIA and the teams have agreed a $175 million spending cap that will kick in 2021, but several midfield teams have made it clear this was a high threshold - with Renault saying it could actually prompt it to increase spending and Racing Point advocating for it to be reduced down the line.

Steiner continued: "I understand that they [the drivers] would like to race all 20 [together], same as we want - everyone's working on that idea, but if we want it quick, I think the only way to do it would be an even further reduced budget cap, which is very difficult to do for the big teams.

"We agreed on that one, and therefore we need to go through a phase where we still have a little bit of - hopefully less than we've got now - gap between the top three and the rest."

Asked whether this was why he was open to trialling new formats in 2020, Steiner said : "Yes. We can always experiment, you know? And I don't think we do anything wrong, because at least you do an experiment, a lot of people watch it and give an opinion, and then you can decide if the experiment works or not.

"I personally don't feel a need for [reversed-grid qualifying races], but FOM wants to test it, we are part of this thing and it's not about us, it's about the sport.

"They are the experts and promoter, it's their show. So, we need to try to help them to make the show better, in my opinion."

Explained: How McLaren and Mercedes got back together