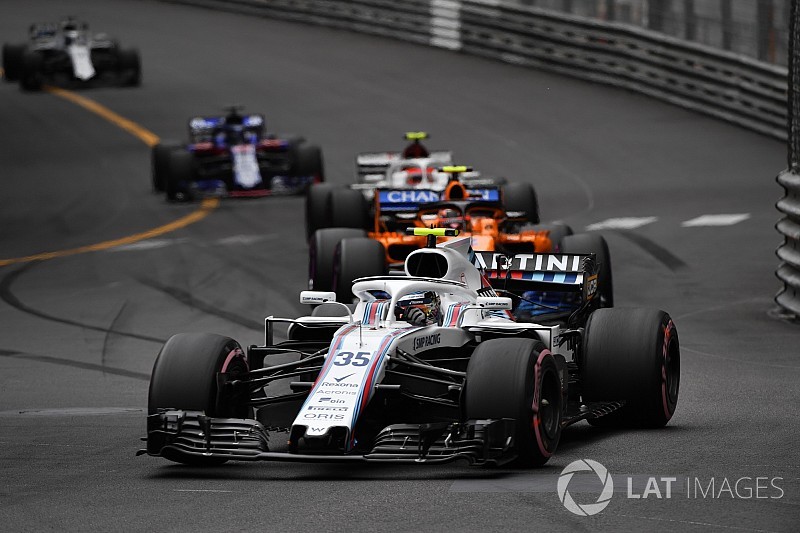 Monaco was proof that Williams has cleared the worst part of its season, according to the Formula 1 team's driver Sergey Sirotkin.

The Russian rookie made it into the second part of qualifying for only the second time this season and started 12th, and would have remained in points contention had he not picked up a stop/go penalty for a Williams rules breach on the grid.

Williams was fixing a wheel assembly problem on his car after the three-minute board had been given prior to the start and the ensuing penalty wrecked Sirotkin’s race and restricted him to 16th.

However, he said Williams’s qualifying performance showed that a nightmare previous race in Spain “was a weekend to forget” and the team was “back in our normal routine”.

“It is a very positive trend,” said Sirotkin. “Barcelona was the one-off and I really wanted to prove that.

“I didn’t want that to upset our mentality and our motivation for all the work here and back at the factory.

“Now we can confirm that Barcelona was a one-off. We are there, we are fighting, which is good not just in terms of the result but also mentally for all of us.”

Sirotkin said he knew it was important to prove to Williams employees not working trackside that there was a tangible performance step from Spain.

“I knew it would not be the same [but] to prove it is still a bit different,” he said.

“It is quite important. I would feel stupid if I said this [that Spain was a one-off] and come here and it will be the same.

“I am happy we have proved it. I hope this result will please all the people working here and back at the factory, for whom it is a bit more difficult to see [progress on-track].”

Sirotkin thought he was on for a Q3 appearance after strong practice pace in Monaco but Williams did not make the step it expected in qualifying.

He fared much better than team-mate Lance Stroll, who qualified 17th and ended the race in the same position, last of the finishers, after suffering two punctures.

“It was a pretty terrible day,” said Stroll. “After that I was busy letting cars through with blue flags as I was a lap down.

“Then we had temperature problems all race, and I was told to give gaps and let cars by, so there was not much of an opportunity and we just weren't racing.”

Chief technical officer Paddy Lowe said Stroll’s first puncture was “due to the brakes becoming too hot, which overheated the rim and caused the failure”.

Lowe added: “We failed to control that on the second set of tyres and he suffered another puncture.

“The issue was managed for the rest of the race, but with so many pitstops and blue flags, Lance was in no position to make any progress.”

Insight: The behind the scenes heroes of the Monaco F1 Grand Prix

Sauber introduces its biggest update yet