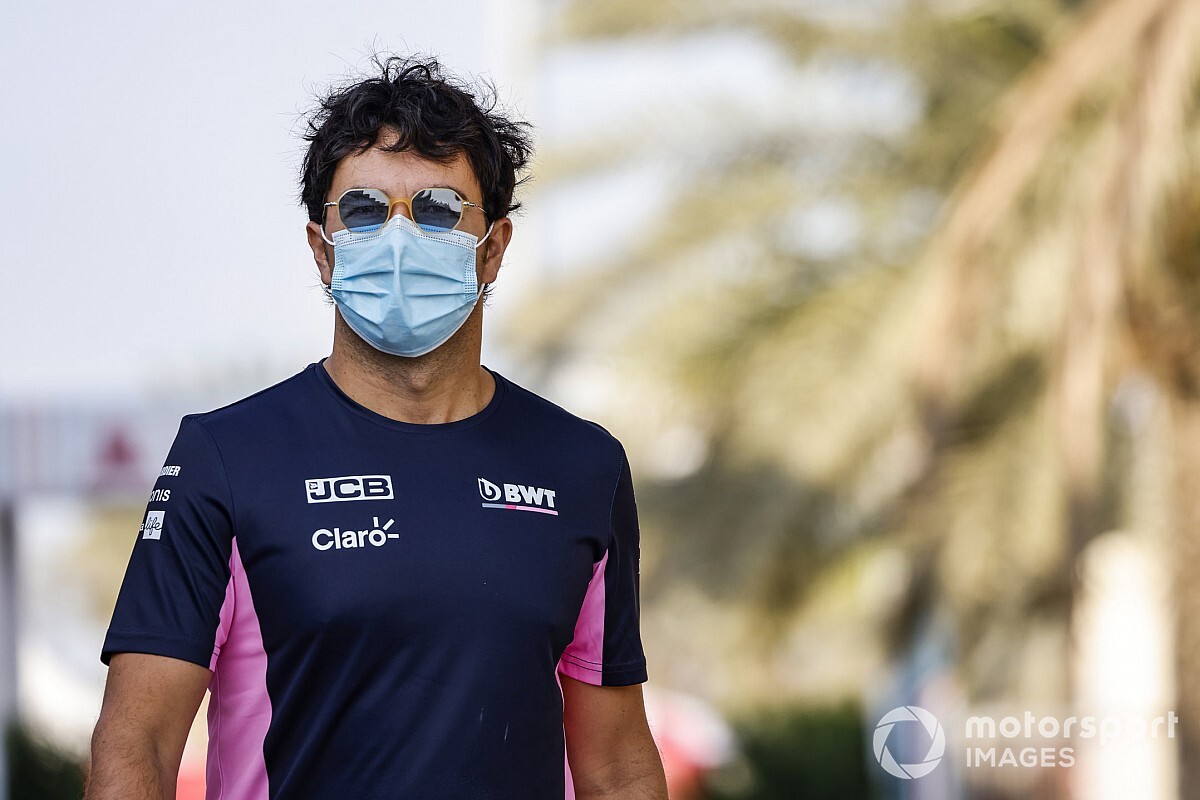 Following reports on Thursday night that outgoing Racing Point driver Perez was set take Albon's seat, Red Bull confirmed on Friday that the Mexican would be joining as Max Verstappen's teammate for next year.

Perez has joined Red Bull on an initial one-year contract, while Albon will drop into a reserve role with Red Bull after less than 18 months racing for the team, “with a key focus on 2022 development, simulator work and tyre testing”.

“Alex is a valued member of the team and we thought long and hard about this decision,” said Red Bull team principal Christian Horner.

“Having taken our time to evaluate all the relevant data and performances we have decided that Sergio is the right driver to partner Max for 2021 and look forward to welcoming him to Red Bull Racing.

“Alex remains an important part of our team as test and reserve Driver with a key focus on 2022 development and we would like to thank him for his hard work and contribution.”

Perez's arrival marks the final major move in the driver market for 2021, and leaves Mercedes as the only team yet to formally confirm its line-up, although a new contract for Lewis Hamilton is expected to be finalised shortly.

Perez becomes the first driver to sign for Red Bull from outside of its junior team, Toro Rosso, since Mark Webber joined from Williams in 2007.

It comes off the back of Perez's most successful year in F1 that saw him take his maiden victory at the Sakhir Grand Prix and finish the season fourth in the drivers' championship.

Racing Point announced in September that Perez would be leaving after seven seasons with the Silverstone-based squad, making way for four-time world champion Sebastian Vettel to join from Ferrari.

It left Perez short on options to stay on the grid, which narrowed further after Alfa Romeo and Haas opted against signing him. Contact with Williams' new owners failed to go far as it stood by its existing line-up, making Red Bull Perez's only chance to stay on the grid.

He said he was "at peace" with a possible exit from F1, and that he already had options to return in 2022 should he be forced to take a sabbatical.

But Perez's upswing in form coincided with Albon's struggles at Red Bull as he continually failed to match Verstappen, who scored more than double his teammate's points tally this year.

Red Bull said repeatedly that it wanted to give Albon as much time as possible to claim the seat, postponing a decision until after the end of the season.

A return of just two third-place finishes compared to Verstappen's haul of two wins and nine further podiums left Albon in a precarious position, prompting the call to replace him with Perez.

Motorsport.com understands Albon was officially informed of the decision in a meeting with Red Bull team principal Christian Horner on Friday afternoon, shortly before the announcement was made.

It marks an abrupt end to Albon's time racing for Red Bull following a shock promotion just 12 races into his F1 career, replacing the struggling Pierre Gasly midway through the 2019 season. While Gasly has since flourished upon returning to Toro Rosso - now AlphaTauri - Red Bull ruled out a possible switch back.

Horner confirmed earlier this month that there was no chance for Albon to make a similar return to Red Bull's sister team, which has since signed Honda youngster Yuki Tsunoda to partner Gasly in 2021.

Perez will become the fourth different driver to race next to Verstappen at Red Bull since 2018, following Albon, Gasly and Daniel Ricciardo.

Hamilton contract could wait until eve of 2021 testing - Wolff